NEXT U.S. STARS AT ‘BOBBY CURTIS’ THIS WEEKEND 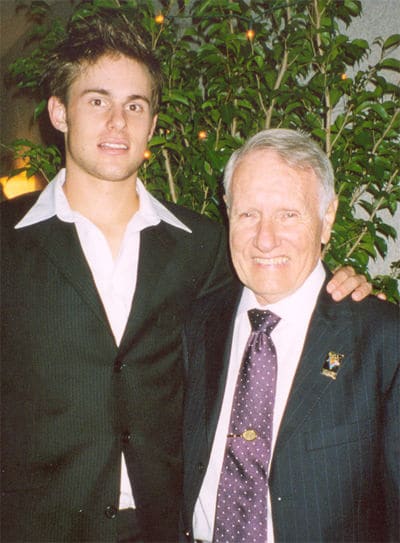 That pipeline will continue this weekend when the “Bobby Curtis” gets underway at the new USTA National Campus in Orlando.

Former “Bobby Curtis” singles Girls’ 14s winner (2014) Amanda Anisimova is the No. 2 seed in the junior girls’ draw at the French Open this week. Former Bobby Curtis winners Amanda Meyer (2016, Girls’ 18s) and Hurricane Tyra Black (2013, Girls’ 12s) lost in the final round of qualifying for the French Open junior girls’ draw. If you’re near Orlando this weekend check out the singles action, or watch via livestreaming on your computer or portable device provided by the USTA National Campus here. A results round-up will be posted daily following the completion of play at www.ustaflorida.com. 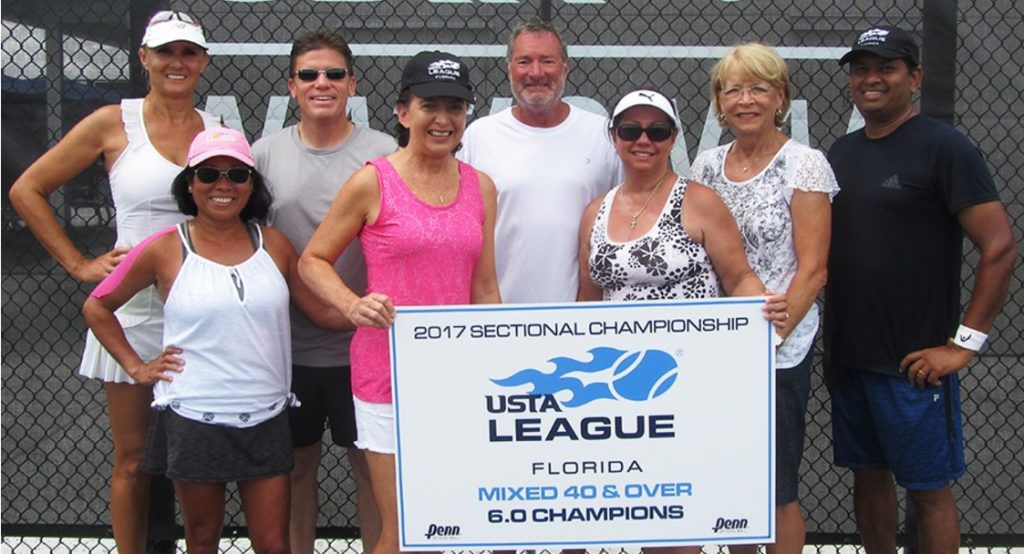 John McEnroe, the “self-appointed commissioner of tennis,” teamed with Eurosport to film an epic comedic takedown of Margaret Court (warning: NC-17 rated with some bleeped obscenities)…The ITF Board of Directors has approved a series of Davis Cup and Fed Cup competition reforms, to possibly be finalized in a vote in August, including: Davis Cup changing to best-of-three sets, and finalists getting to host the first round the following year…French Open defending champion Garbine Muguruza wasn’t a fan of the French fans after losing to Frenchwoman Kristina Mladenovic, breaking down in tears in her post-match press conference: “The crowd today was a little bit tough for me. I understand — I just think that they should be a little bit more respectful. We had to stop. The chair umpire has to always calm the crowd down. I’m not here to create enemies. I mean, I love playing here. It’s not a good feeling.”…Ormond Beach’s Dave Brown was recognized as USPTA Pro of the Year for the Daytona Beach district for the fifth time in his career…Google Maps has become an early adapter in the Margaret Court controversy, already renaming the Australian Open’s Margaret Court Arena the Evonne Goolagong Arena…John McEnroe says he is the ideal coach for Nick Kyrgios because “mentally we are both a bit wacky.”…The American Tennis Association is building a headquarters and Tennis and Education Complex in South Florida, and the first person to be inducted into the Hall of Fame will be Richard Williams, father of Venus and Serena Williams. 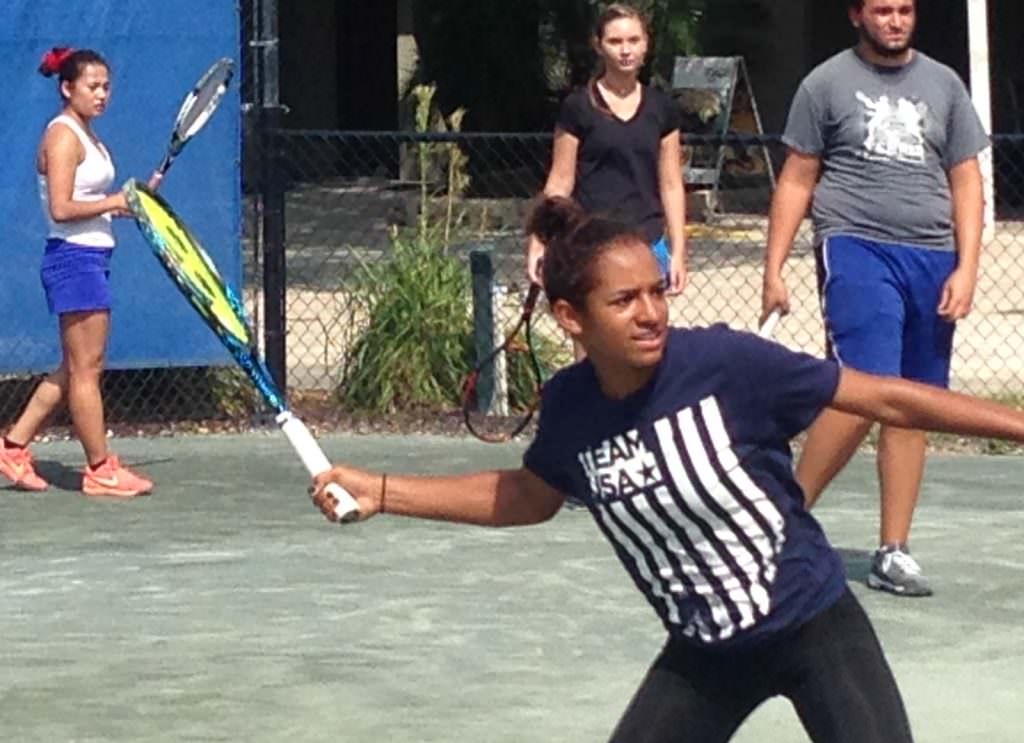 No Americans remain in men’s or women’s singles at Roland Garros, but a possible almost-all American men’s doubles final looms as American Donald Young and partner Santiago Gonzalez of Mexico are already into the final, and American Ryan Harrison and partner Michael Venus, formerly of the U.S. and now New Zealand, are in the semis. Both teams are unseeded.

An American remains in the running for the women’s doubles title also as Bethanie Mattek-Sands, top-seeded with Czech partner Lucie Safarova, is into the semifinals. They will meet the No. 3-seeded team of Martina Hingis and Yung-Jan Chan of Taiwan.

The last American boy lost Thursday when Boca Raton’s unseeded Gianni Ross fell in the quarterfinals, but the American girls are rolling with two into the semifinals. On Thursday No. 7 seed Whitley Osuigwe of Bradenton, Fla., defeated fellow American Caty McNally, and No. 6-seeded American Claire Liu upset No. 3 seed Bianca Andreescu of Canada.

Upset was No. 2-seeded American Amanda Anisimova, who lost to No. 11-seeded Russian Elena Rybakina. Osuigwe and Liu are on the opposite sides of the semifinals, keeping alive hopes for an all-American final. 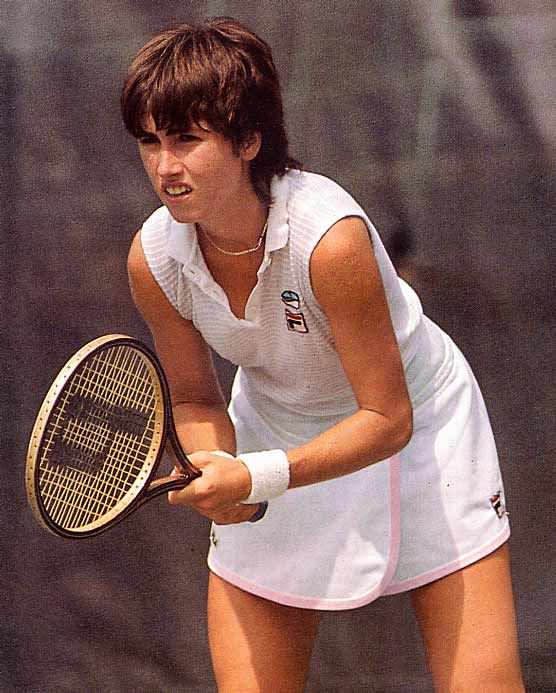 “I don’t remember what Martina [Navratoliva] said to me, but Renee [Richards] looked at me stone cold and said, ‘You cost me my job.'”
— American Kathy Horvath who as a teenager beat Martina Navaratilova at the 1983 French Open, Navratilova’s only loss that entire season, speaking to the New York Times

“It was a chicken we called Dick The Chick. We fed it every day and then it finally turned into a rooster. It was waking us up every morning, so we had to let it run away. We took it to a farm and let it spread its wings.”
— Mike Bryan on his first pet as a child

“Is a big relationship. Is a love that you have to love and then you hate sometimes. It’s like when you marry someone.”
— Italian Francesca Schiavone on her love-hate relationship with tennis