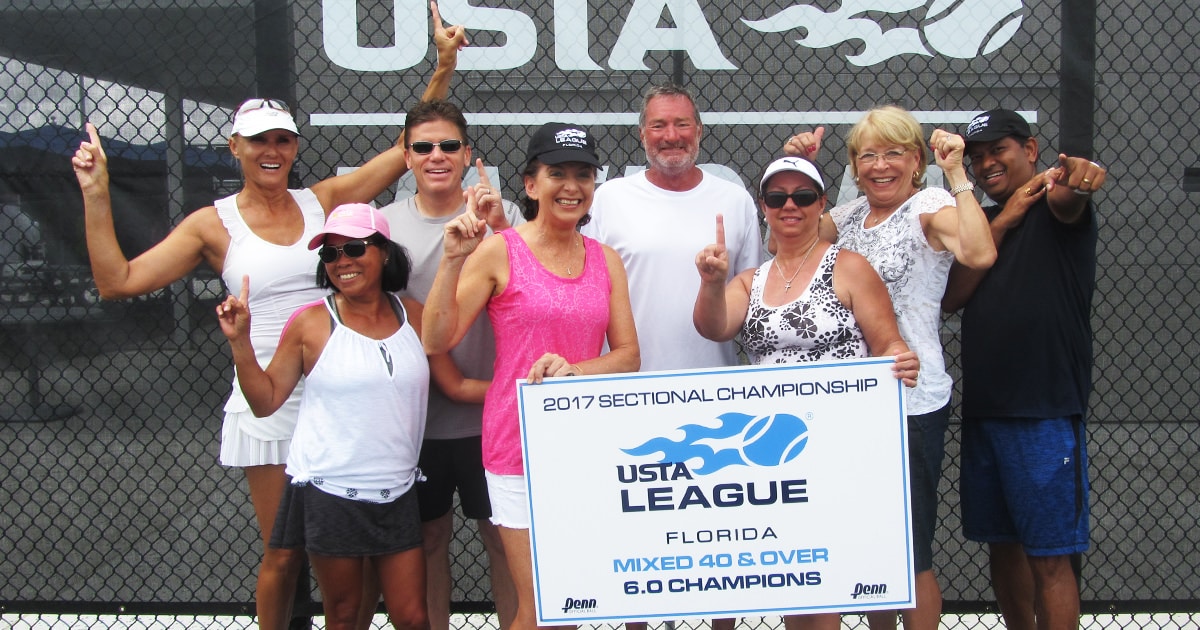 Pinellas in the 8.0 championship match denied Broward County, last year’s USTA Florida League Championship Cup winner and the current No. 2 in the 2017 standings (see below).

It was the first sectionals championship win of the season for both Pinellas and Volusia. Both teams will next advance to represent the USTA Florida Section at the USTA Mixed 40 & Over 6.0/7.0/8.0/9.0 League National Championships on Nov. 10-12 at the Mobile Tennis Center in Mobile, Ala.

The event drew the top Mixed 40 & Over teams from throughout Florida, representing various clubs, parks, recreational departments and organizations that finished at the top of their local leagues. Teams consisting of three doubles lines competed in a non-elimination round-robin format, with flight winners advancing into a single-elimination semifinal followed by the final.

NTRP levels of play were a combined 6.0 and 8.0. For more information on NTRP levels go to www.usta.com/Adult-Tennis/USTA-League/Information/About_NTRP. 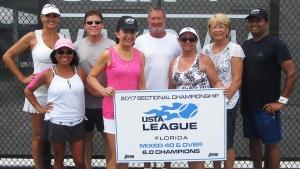 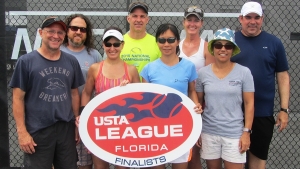 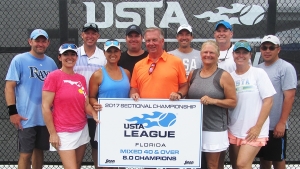 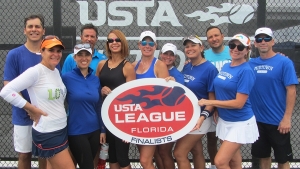 Duval retains the lead, while Pinellas and Volusia counties get on the board after their first sections titles of the year at the Mixed 40 & Over 6.0/8.0 League Sectional Championships. The USTA Florida League Championship Cup is awarded to the county with the most league sectionals titles during the 2017 season (standings through June 5, most recent winners in bold):