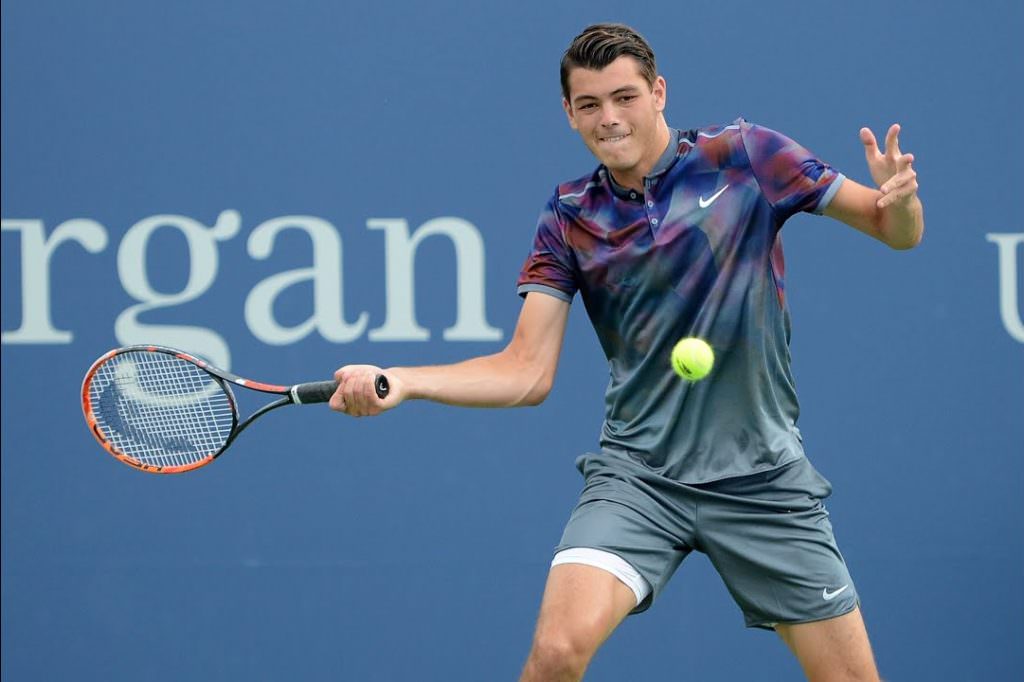 The top Americans will compete later this month in the Delray Beach Open beginning Feb. 19, but fans can get a glimpse of the next American ATP stars the prior weekend in the loaded qualifying draw.

Tim Smyczek, a six-time main draw competitor in Delray is also in the qualifying, and the top two alternates to get into the qualifying are 20-year-olds Mackenzie McDonald of Miami and Michael Mmoh of Bradenton. For more info go to www.YellowTennisBall.com. 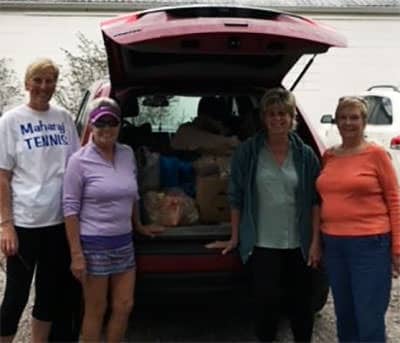 More than 2,500 lbs. of non-perishable food items were collected from 117 tennis players age 10-79 that participated in round robin tennis, all going to Gracie’s Kitchen, which operates under the umbrella of the Coalition for the Homeless in Nassau County. Co-sponsors of the tennis round robin included Kraft Tennis Players Community Outreach Program, Amelia National Tennis Club, and Omni Amelia Island Plantation’s Cliff Drysdale Tennis.

“Representatives from Gracie’s Kitchen were on hand to help transport the food donations that resulted from each tennis player bringing non-perishable food items as their entry fee for the afternoon of tennis play,” said event coordinator Michele Maharaj. Last year more than 400 children were identified as homeless in Nassau County. For more info or to help go to www.clicked.com/coalition.

Former pro, agent and tennis organizer Donald Dell on the 25th anniversary of the death of his friend Arthur Ashe says “many of the fans walking into Arthur Ashe Stadium at the US Open this summer will not have the slightest notion of who Arthur Ashe was.” Another reflection posits how the activist Ashe would have responded to NFL players taking a knee in the age of social media…Bradenton’s Sebastian Korda, last month’s Australian Open boys’ winner, will next week make his ATP debut as a wild card at the inaugural New York Open in Long Island…Masters Tennis is the short-court option with real racquets and tennis balls to get seniors and injury-challenged players back on the court…This year at the US Open, both Arthur Ashe Stadium and the new Louis Armstrong Stadium will hold dedicated day and night sessions, the first time that a second stadium will feature a night session at the US Open…John McEnroe and the Bryan brothers will be the first inductees into the ATP Delray Beach Open’s new Walk of Fame during this month’s event…Roger Federer and Serena Williams have been confirmed for the Miami Open field next month…There’s less than a week to enter the USTA League Social Media Contest…Eligible Florida tennis facilities that need free blended 10-under lines on hard courts or clay courts can have the cost 100 percent covered by the USTA — to apply click here…The USTA Mid-Atlantic Section is building its own version of the USTA National Campus and inviting others sports entities…Roger Federer has taken a wild card into Rotterdam next week, and if he reaches the semifinals he will retake No. 1 for the first time since 2012. 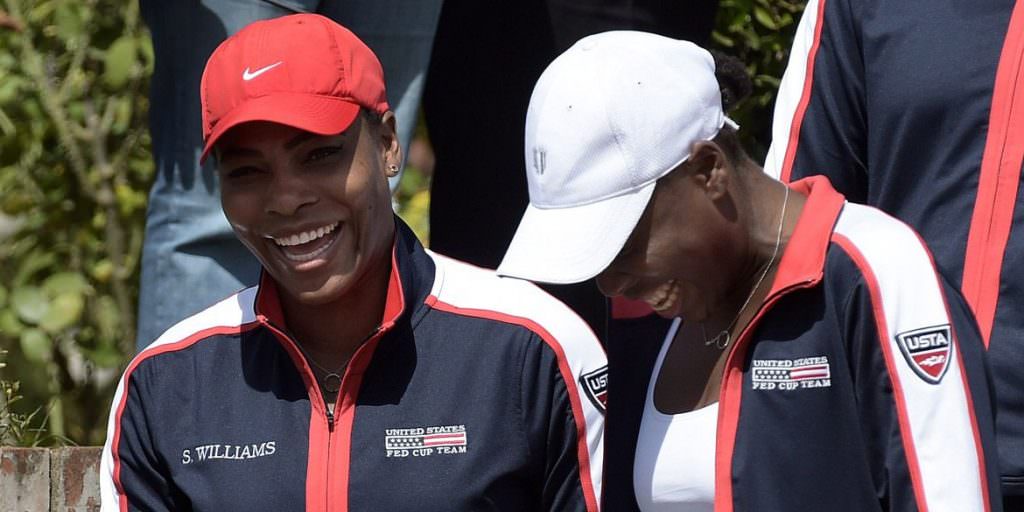 Serena Williams will make her 2018 debut tomorrow when the U.S. Fed Cup team hosts the Netherlands in Asheville, N.C. Overwhelming favorites as the Dutch team does not feature a player inside the Top 100, the U.S. will announce their line-up today, choosing from Serena, her sister Venus and CoCo Vandeweghe.

Vandeweghe was the U.S. hero last year, going 8-0 in singles during the season as the U.S. lifted the Fed Cup for the first time in 17 years.

The weekend will mark the first time in three years that both Williams sisters have played on the same Fed Cup team. The U.S. has never lost when they have both been named to the squad. Serena gave birth to daughter Alexis Olympia in September and has not played a competitive match since the 2017 Australian Open. Serena also had fun with Venus “wearing a t-shirt to the official team dinner.” 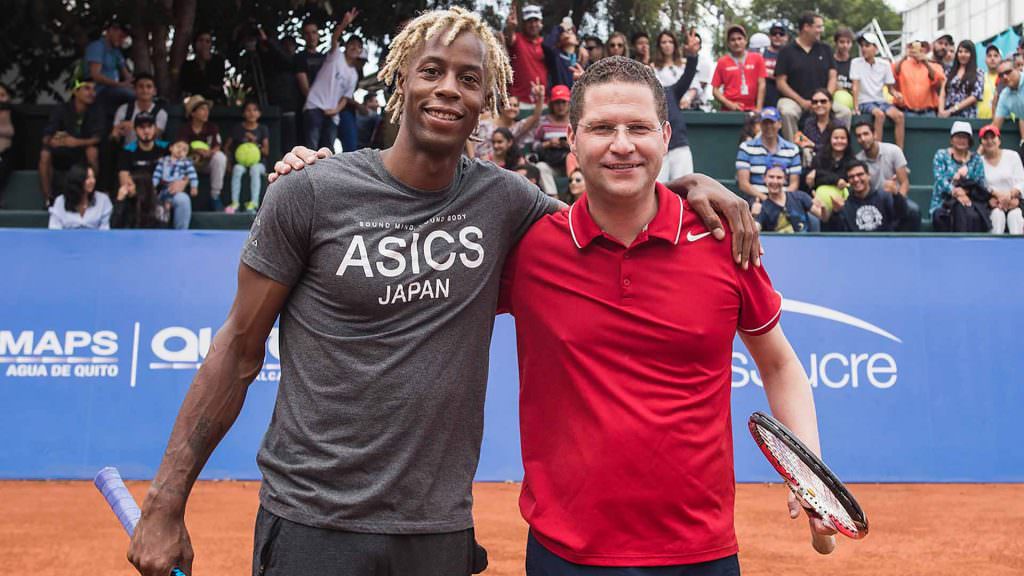 “The day before I came here I [went] to my hair dresser just to fix my dreadlocks and I was talking with [her] and she said, ‘Why don’t we do a color? I call my girlfriend and I call my agent and everybody said no. So I said, ‘Okay, I’ll do it!'”
— Frenchman Gael Monfils on his new hairstyle debuted this week at the ATP event in Ecuador

“There’s no point in getting anyone, because I’ll go out and go party, do whatever.”
— Former No. 17-ranked, now No. 169 Australian player Bernard Tomic on hiring a coach or support team

“I think I find tennis interesting now because it’s kind of fun to hit the ball back and forth. Now, since I’m over here, I can see the pros handling things, and I want to be just like them. I want to be special and good at tennis.”
— 11-year-old Chloe Nieves at the Net Generation Kid’s Day in Palm Coast during a USTA Pro Circuit event, speaking to the Palm Coast Observer