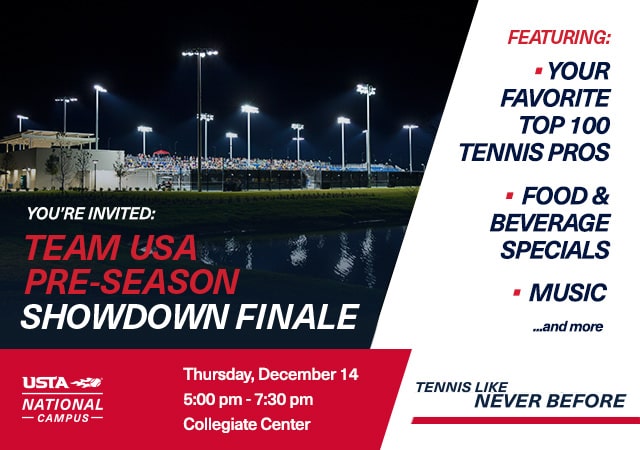 The pros that train at the USTA National Campus are getting ready for the Australian Open, and they need your help for match-play practice in front of some vocal tennis fans.

Great tennis along with family fun — face painting, a DJ, food, autographs and more — will be the order of the evening beginning at 5 p.m. on Thursday, Dec. 14 when the Collegiate Center at the USTA National Campus hosts the 1st annual Team USA Preseason Showdown.

The team challenge format will see players competing in a co-ed collegiate dual-match format. There will be two simultaneous matches taking place on the 12 courts, starting with three doubles (men’s, women’s, mixed) then singles play in best two-out-of-three sets. Come out and support Team USA as they prepare for the Australian Open. For more info go to www.ustanationalcampus.com.

Last week Miami Open tournament officials and the City of Miami signed paperwork for the iconic tournament to move from Key Biscayne to Miami Gardens and Hard Rock Stadium, home of the Miami Dolphins. Everything was done except dotting some “i”s and crossing some “t”s.

This week those proceedings came to a screeching halt when Miami Mayor Carlos Gimenez became aware of an outstanding audit that could have the tournament, which agreed to pay $1.3 million owed to the city for tournaments through 2017, paying much more. This, according to the Miami Herald, because Miami-Dade county fell several year behind in auditing the tournament’s finances.

“We are at grave risk of not staying in Miami with this deal,” Wendy Elkin, senior vice president of the Miami Open. “Our management is extremely frustrated.” In a Tuesday meeting, Commissioner Rebeca Sosa told Miami Open officials, “If you don’t want to be here, fine.” The tournament is owned by IMG, a global sports and entertainment conglomerate, which has previously stated it would like to keep the tournament in Miami, but has had overtures to move the event outside the U.S. The tournament is contracted to stay in Key Biscayne through 2023 without the Miami Gardens move, but could attempt to break contract as they are not allowed to expand their facility at Crandon Park. Stay tuned… 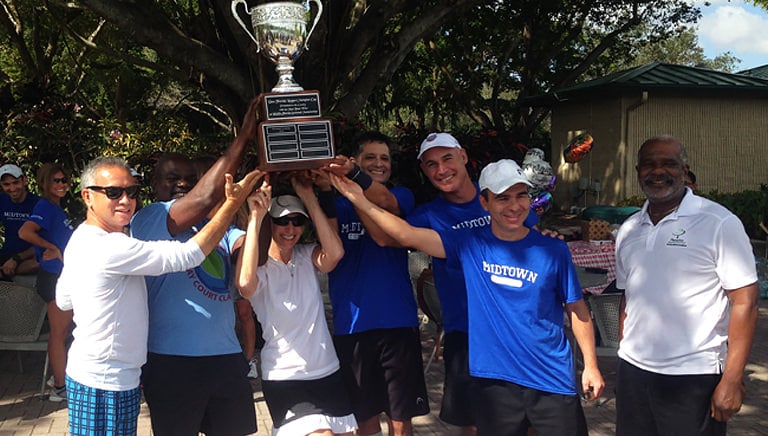 This weekend will decide the 2017 USTA Florida League Championship Cup winner following the finals sectionals weekend of the season at the USTA National Campus, the 2017 USTA Florida Combo 18 & Over 5.5/7.5/9.5 League Sectionals. Broward County is looking to win a second consecutive Cup…Venerable Sports Illustrated writer S.L. Price took a look at the Fed-Rafa rivalry revitalization in 2017 and where it’s headed…COACHING CAROUSEL: British No. 1 Johanna Konta has picked up former American player Michael Joyce, who used to work with Maria Sharapova and Victoria Azarenka, as her new coach. Former player Radek Stepanek has joined Novak Djokovic’s team as a coach. American Ryan Harrison has hired former American pro “Iron” Mike Russell as his coach for 2018…The guy who won a Super Bowl bet date with Genie Bouchard is still #winning…Saying she is “inspired by Roger, Serena and Venus,” former French Open champion Francesca Schiavone has reversed her decision to retire…John Isner is married after a star-studded country-themed wedding in South Carolina…Excitement is growing around Serena Williams’ comeback at the Australian Open. It was a big week for the younger Williams sister who got a speeding ticket, raised money for charity, and had a new building named after her at the Nike headquarters…Speaking of naming conventions, the four conference rooms at the new USTA Florida headquarters in Orlando will be named after USTA Florida founders Gardnar Mulloy, Edward Turville, Eddie Herr, and Clarence Varner. 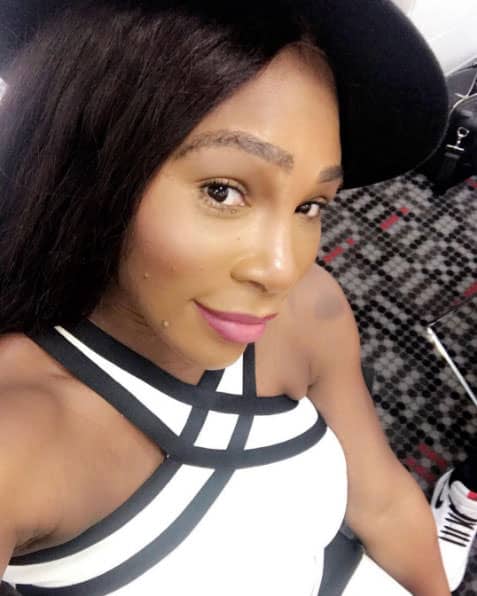 “We will laugh about it, but in Belgium, Davis Cup exists only in the weeks we play. I don’t have a contract. I get paid only for the week competition.”
— Belgium Davis Cup captain Johan Van Herck, speaking to L’Equipe. Belgium narrowly lost in the Davis Cup final to France.

“I mean, he can’t even legally drink a beer in the U.S. and he’s [No.] 3 in the world.”
— Jack Sock talking about fellow ATP Finals competitor Alexander Zverev of Germany last month