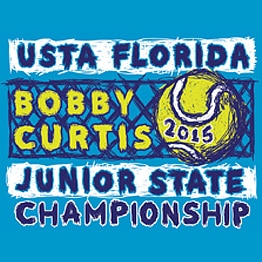 Major junior tennis ranking points will be on the line this weekend when the 67th USTA Florida “Bobby Curtis” Junior State Doubles Championships are held on Sept. 19-21, 2015, at Sanlando Park in Altamonte Springs (18s-16s age divisions), and at the Florida Tennis Center in Daytona Beach (14s-10s divisions).

It is one of the few major tournaments in the country that combine boys’, girls’, and mixed doubles in the same event.

An XGLOsive Player Social event will be held on Friday night, Sept. 18 from 6-8 p.m. at Sanlando Park in Altamonte Springs featuring a doubles mixer, pizza party, and blacklight tennis challenges and games.

Results will be posted daily in the news section on the front of the USTA Florida website at www.ustaflorida.com. 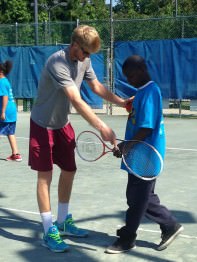 Join USTA Florida, the Sigma Alpha Epsilon fraternity and Special Olympics Florida on Oct. 8, 2015 in a day of community, volunteerism, and tennis in service to Special Olympics Tennis athletes.

The event will be held at the University of Miami’s Wellness Center on campus in Coral Gables, Fla., from 9:30 a.m. to noon.

USTA Florida will provide the easier-to-use USTA 10 and Under Tennis equipment for athletes at the event, which is co-coordinated by Special Olympics of Miami-Dade County. “The 30-Love initiative is a great way for young adults to exercise leadership and organize tennis events to give back to their communities and individuals with disabilities,” Gold said. “The event is open to all and we’re looking forward to a lot of community participation.”

The 30-Love initiative debuted in April of this year when Florida State University hosted Millennial-age tennis supporters and the Sigma Alpha Epsilon fraternity headlining a clinic for Special Olympics Tennis athletes. They were joined by volunteers from USTA Florida staff and the USTA Florida Foundation, and the event was previewed by ESPN ahead of their FSU men’s NCAA television coverage.

“Because of USTA Florida and the USTA Florida Foundation, we grew our tennis program by 65 percent last year,” said Special Olympics Florida President & CEO Sherry Wheelock. “However, we know there are more athletes that could benefit from this incredible sport and we do have the capacity. We are so thankful for USTA Florida’s involvement and support.”

For more information on the USTA Florida 30-Love initiative or the Miami event contact Alex Gold at gold@ustaflorida.com. 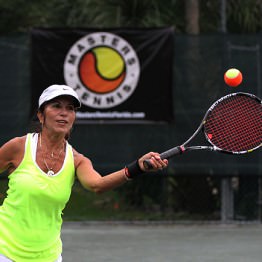 The Henry L. McMullen Tennis Complex in Clearwater, Fla., will celebrate its 40th anniversary with a free tennis event for all ages on Saturday, Oct. 17, 2015, from 9 a.m. to 2 p.m., including the Masters Tennis format.

Masters Tennis on the 60-foot court with the lower-bouncing “orange ball” provides the perfect learning laboratory for players or teaching pros working with new players. Players can use their regular racquets, or smaller racquets which provide more control.

“We are excited to include Masters Tennis to our programming at Henry L. McMullen Tennis Complex,” says McMullen Recreation Programmer Lori Burdell. “This is the perfect time to launch Masters Tennis during our 40th Anniversary Celebration. If you have always wanted to learn how to play tennis, especially if you are a senior, now is the time to learn!”

All skill levels are welcome to participate in games for prizes such as a fast-serve contest and more.

For more information call (727) 669-191 or go to www.clearwater-fl.com/gov/depts/parksrec/facilities/mtc.asp.