300+ HOURS OF LIVE TENNIS DURING US OPEN SERIES STARTING MONDAY

The US Open Series kicks off Monday at the BB&T Atlanta Open, with the five-week summer circuit on ESPN2, ESPN3, Tennis Channel, and beIN Sports featuring seven ATP and WTA tournaments and almost 300 hours of live national coverage leading to the 50th US Open.

Storylines abound: Wimbledon champion Novak Djokovic challenging the rankings reign of Roger and Rafa, Angelique Kerber doing the same to No. 1 Simona Halep, French Open champ Sloane Stephens returning to her favorite U.S. tournament happy hunting grounds, Andy Murray returning with his surgically-repaired hip, a slew of young Americans looking to break through, and Serena Williams setting up a potentially record-setting US Open win, to name only a few.

For more info including broadcast schedules go to www.usopenseries.com. 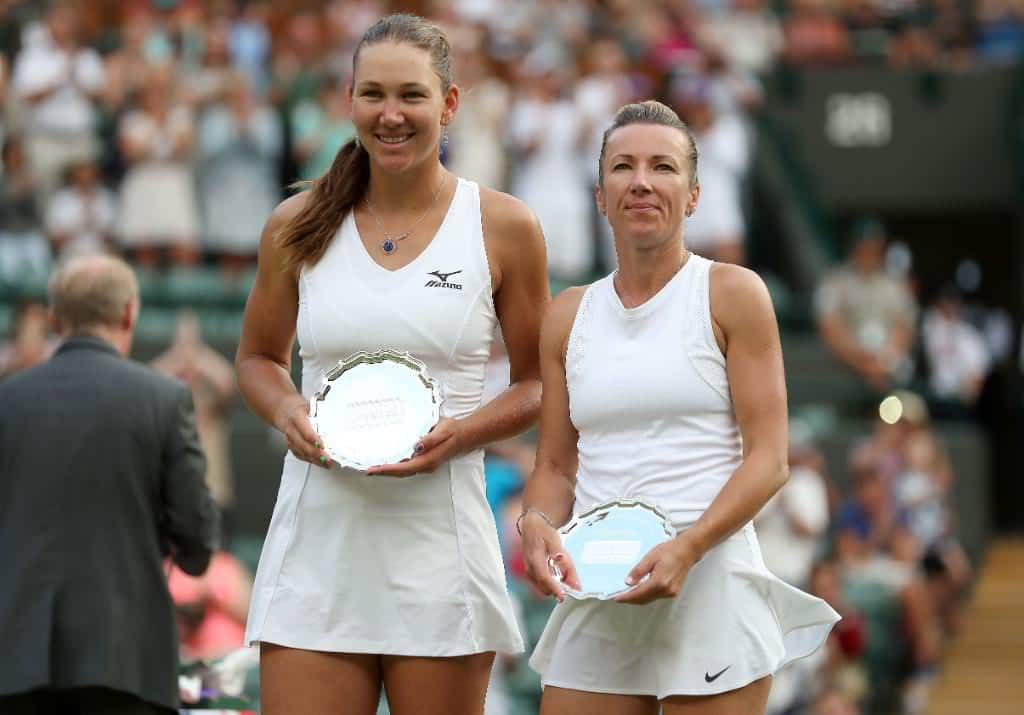 Florida’s Mike Bryan (Wesley Chapel) and Nicole Melichar (Stuart) were Wimbledon winners, while Serena Williams (Palm Beach Gardens) and Whitney Osuigwe (Bradenton) were runners-up in the re-cap of finalists last weekend at the All England Club.

Melichar won the mixed doubles and was a women’s doubles finalist. The 24-year-old has extra USTA Florida connections as the sister of the daughter-in-law of current USTA Florida volunteer president Robert Hollis. Mike Bryan’s special win with Jack Sock, the first without his brother Bob who is sidelined with injury, was his record-tying 17th Grand Slam men’s doubles title (tying John Newcombe) and at 40 years of age makes him the oldest player to rank No. 1 in doubles. 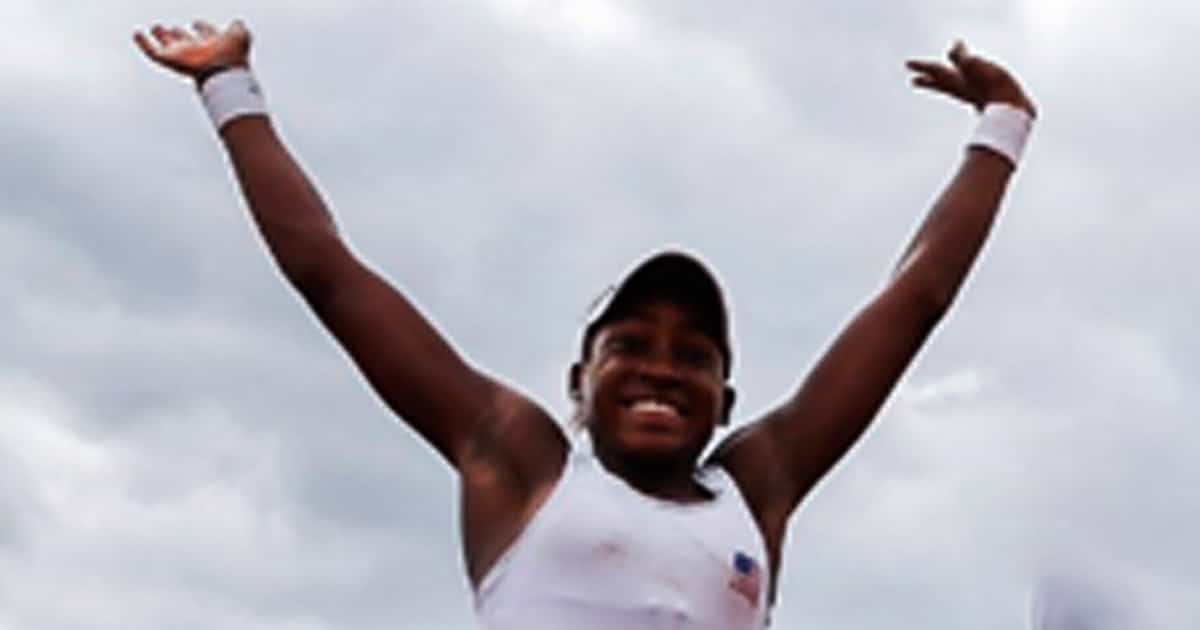 French Open junior girls’ champion Coco Gauff (Delray Beach) became the youngest ever at age 14 to take over the world No. 1 junior ranking, replacing Whitney Osuigwe (Bradenton), who has moved on to playing USTA Pro Circuit events…Wimbledon winner Angelique Kerber leapt from 10 to No. 2 on the 2018-only point standings that determine the Top 8 players that will qualify for the year-end WTA Finals, and runner-up Serena Williams climbed from 181 to No. 28…Strawberry Man turned into Trophy Man again this year at Wimbledon…Singer and The Voice judge Kelly Clarkson will headline the opening ceremony for the 50th US Open on Aug. 27…Novak Djokovic’s 3-year-old son Stefan stole the show during the Wimbledon trophy ceremony…2018 US Open prize money has been announced as a record $53 million with $54K for first-round losers and $3.8 million to the singles champions…Maria Sharapova, who lost in the first round at Wimbledon, has withdraw from the WTA San Jose event beginning the last week of July to “take care of my body”…25 Americans, excluding wild cards and qualifiers, are into the singles main draws of the upcoming US Open…Former US Open winners Victoria Azarenka and Stan Wawrinka will need wild cards to gain entry to this year’s main draw…After being rebuffed in an effort to build a tennis facility in South Florida, Rafael Nadal has announced 10 new facilities he’s building at a cost of $8 million. 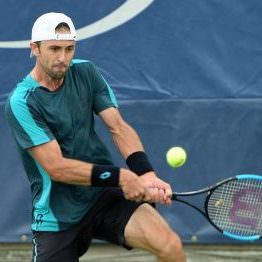 Unseeded American Tim Smyczek advanced into the semifinals on Thursday on the lawns at the Dell Technologies Hall of Fame Open in Newport, R.I., defeating Taipei’s Jason Jung 6-1, 5-7, 6-4. In the semis he will face India’s unseeded Ramkumar Ramanathan.

“[Sela] is a fantastic tennis player, he’s played Newport a lot so he knows how to play here,” Johnson said of the diminutive Israeli.

At the BRD Bucharest Open on Thursday, American qualifier Claire Liu lost a tight one to No. 4-seeded Petra Martic 6-2, 6-7(5), 6-4 as the last American to exit the draw.

Next week the US Open Series will kick off for the men in Atlanta, while the WTA tour travels to Moscow and Nanchung, China, before the women begin on the road to the US Open the following week in San Jose, Calif., and Washington, D.C. 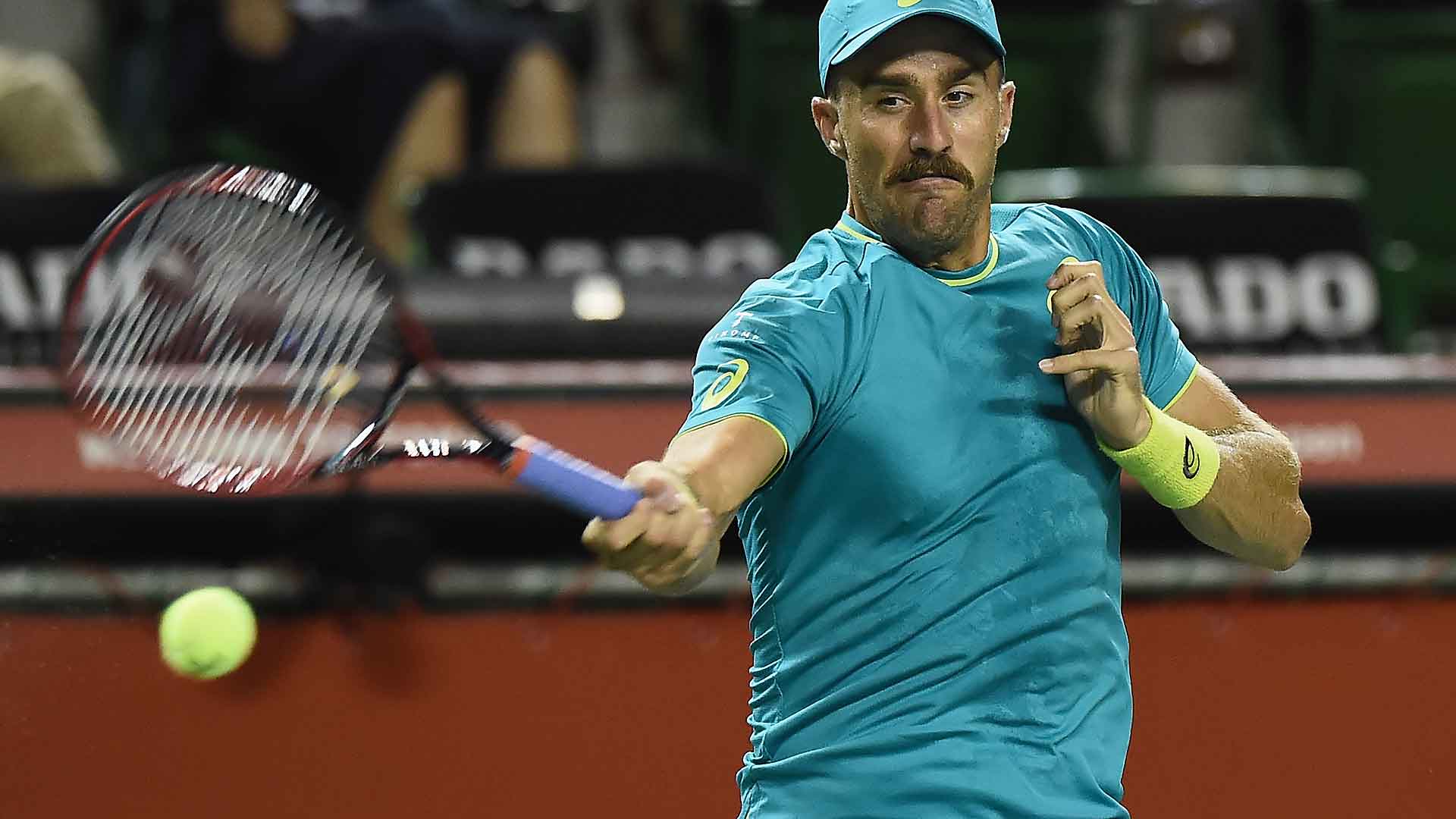 “Boredom, hilariousness, all of the above…But at some point, you’ve got to give in and shave it off.”
— American Steve Johnson on the Tom Selleck-like mustache he debuted at the ATP event in Newport this week

“To all the moms out there, I was playing for you today, and I tried. But Angelique [Kerber] played really well, she played out her mind.”
— Serena Williams speaking to the crowd after finishing runner-up at Wimbledon

“We want tennis to look like America. So we want more people of color and from different backgrounds participating in the sport of tennis. While the ATA is open, their sweet spot is African Americans. We include that in our sweet spot.”
— The USTA’s D.A. Abrams, chief diversity and inclusion officer, on the USTA National Campus in Orlando hosting the American Tennis Association (ATA) National Championships at the end of July