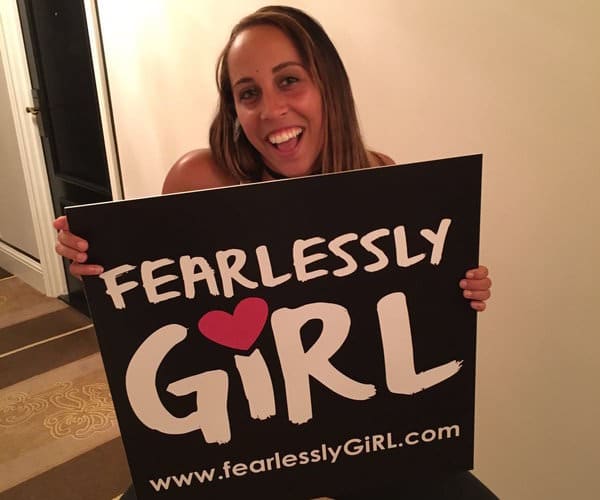 Long-time Boca Raton resident Madison Keys is speaking out against bullying in schools and communities, and she’s taking her show on the road.

The 21-year-old has become the poster woman for FearlesslyGirl, the anti-bullying organization dedicated to empowering a generation of young women to be leaders in their lives, schools and communities. This month she went back to her birth town of Rock Island, Ill., to meet with hundreds of high school girls for a Fearlessly Girl summit at Rock Island High School that she personally funded.

“I just know that I have struggled with [bullying],” Keys, who is part of taking the effort global, told WQAD 8 TV. “Being a tennis player I always felt really isolated and felt like no one would understand, and then as I got older and started reaching out to different friends; not all tennis players, I realized a lot of us go through the same things.” For more info on FearlesslyGirl go to www.fearlesslygirl.com.

The USTA and recreational tennis has been advancing alternative-play formats such as Tiebreak Tournaments, Fast4s and one-weekend leagues. Now it’s professional tennis’ turn.

The ATP World Tour at the close of its 2017 regular season will debut the Next Gen ATP Finals, where the Top 7-ranked players age 21-and-under (and one wild card) will qualify and battle for the Next Gen title. The event, according to the ATP, will be a testing opportunity for alternative scoring, rule changes or other innovations.

“People throw out ideas — getting rid of this, making it quicker, longer, whatever you have to say,” said ATP chief Chris Kermode. “I think we have to put it in an event and test-case all this stuff. Until you see it, it’s difficult to see whether some ideas work or not.” Had the event been held this year, American under-21s qualifying would have been Taylor Fritz, Frances Tiafoe and Jared Donaldson. All will be age-eligible again next year. The five-day event will be held in Milan, Italy at the Fiera Milano stadium from Nov. 7-11. 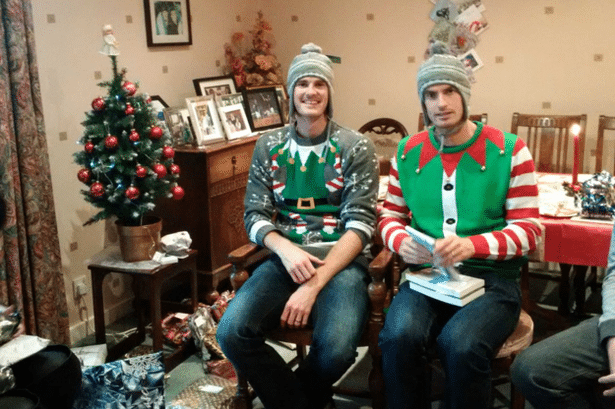 Andy Murray and his older brother Jamie, following the ATP World Tour Finals, became the first siblings to rank No. 1 in singles and doubles (Jaime with partner Bruno Soares) to end the year…The International Premier Tennis League, after rumors of folding, will go on this year scaled back significantly…Argentina is the Davis Cup champion for the first time after losing in four previous finals…No. 2 American Madison Keys has split with coach Thomas Hogstedt and is looking for new guidance entering the 2017 season…USTA Florida send its thoughts and prayers to the family and friends of Irving M. Appel, former USTA umpire and local CTA treasurer who died last month at age 93. A memorial celebration is planned for Dec. 8 at the Boca Woods Country Club…According to data from Tennis Australia’s Game Insight Group, world No. 1s Andy Murray and Angelique Kerber aren’t the fastest men and women on tour. Can you name them?…Ivan Lendl makes an appearance in Boca Raton next week at a fundraiser for the Florida Atlantic University tennis teams…In other coaching changes Milos Raonic split with former No. 1 Carlos Moya, and David Goffin is no longer working with former slam champ Thomas Johansson…Thirty-four Spaniards were detained, including six tennis players, in a tennis match-fixing sting this week…Tennis “reduces your risk of death at any given age by almost 50 percent,” says science.

We’re only a month away from the opening of the USTA National Campus in Orlando on Jan. 2, 2017, and info on the largest tennis facility in the world is coming fast and furious.

Court costs have been announced for open public play on the 100 lighted courts. If you want to take the kids, or a group of kids, to watch top-level college tennis, the USTA College Matchday schedule of events has been released for January-March.

Play is free in the Nemours Family Zone, where kids can hit around, compete, or play with family members on 36-foot and 60-foot courts with kid-friendly equipment.

Looking for a lesson? The Campus has announced its line-up of top-level teaching pros. Want to get even closer to the Campus? Check out the volunteer opportunities on the 64-acre complex.

For more info on the USTA National Campus go to www.ustanationalcampus.com. 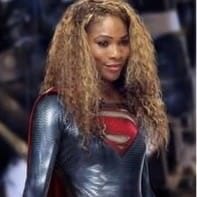 “People call me one of the ‘world’s greatest female athletes.’ Do they say LeBron is one of the world’s best male athletes? Is Tiger? Federer? Why not? They are certainly not female. We should never let this go unchallenged. We should always be judged by our achievements, not by our gender.”
— Serena Williams speaking out on sexism in Porter Magazine’s Incredible Women of 2016 issue

“I know that the rules are strict, you have to follow. But there should be a kind of a feel, a sense for the game.”
— Novak Djokovic talking to reporters about being given a warning for taking too long to serve in a match at the ATP World Tour Finals

“Mum was always there for me, no matter what. She only came to my tennis matches if she thought I was going to lose. She wanted to be there for me if I was going to be upset, but it made me think, ‘Uh oh!'”
— John McEnroe speaking to The Guardian