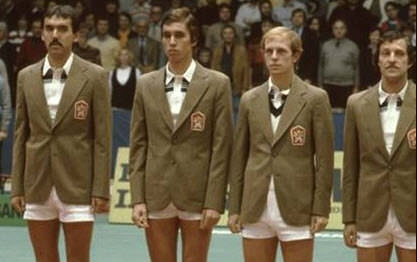 Ivan Lendl brought the star power, and the short shorts, in the Davis Cup days of old

The International Tennis Federation is promising changes to the beleagered Davis Cup and Fed Cup formats — and in the meantime it seems many of the top players are putting a hold on participation.

Last week world No. 2 Novak Djokovic was the lone player in the Top 14 of the rankings to play in the first round of the Davis Cup. This week only two of the Top 10 are in action in the first round of World Group and World Group II play in the Fed Cup: No. 3 Karolina Pliskova and No. 7 Garbine Muguruza. The potential blockbuster first round meeting of the U.S. vs. Germany is seeing world No. 1 Serena Williams, No. 2 Angelique Kerber, and Venus Williams all take a pass.

Word is the ITF is set to up the participation requirements if players want to compete at the Olympics. If the ITF can reinvigorate its international competition it needs to be while it still has a pulse. In the meantime the U.S. teams are reaping the benefits. Last weekend the U.S. Davis Cup team rolled over a Swiss team without Roger Federer or Stan Wawrinka, and will next travel to Australia, which has a proud Davis Cup heritage and will most likely be fronted by young guns Nick Kyrgios and Bernard Tomic. This weekend the U.S. Fed Cup team, led by Australian Open semifinalist CoCo Vandeweghe, will be the favorite against Germany, which features only one player ranked in the Top 50. 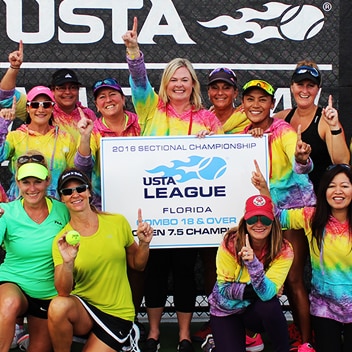 If you missed the kick-off of USTA League play in January and February, there’s still time to get on teams for leagues starting in February and March.

Adult 40 & Over, Mixed 18 & Over, Tri-Level and other leagues are getting ready to begin their seasons depending on your region of Florida. Florida teams are gearing-up for the 2017 season to see which county can bring home the USTA Florida League Champions Cup.

To check leagues beginning in your Florida area go here, or to find a USTA League anywhere in the U.S. go here. 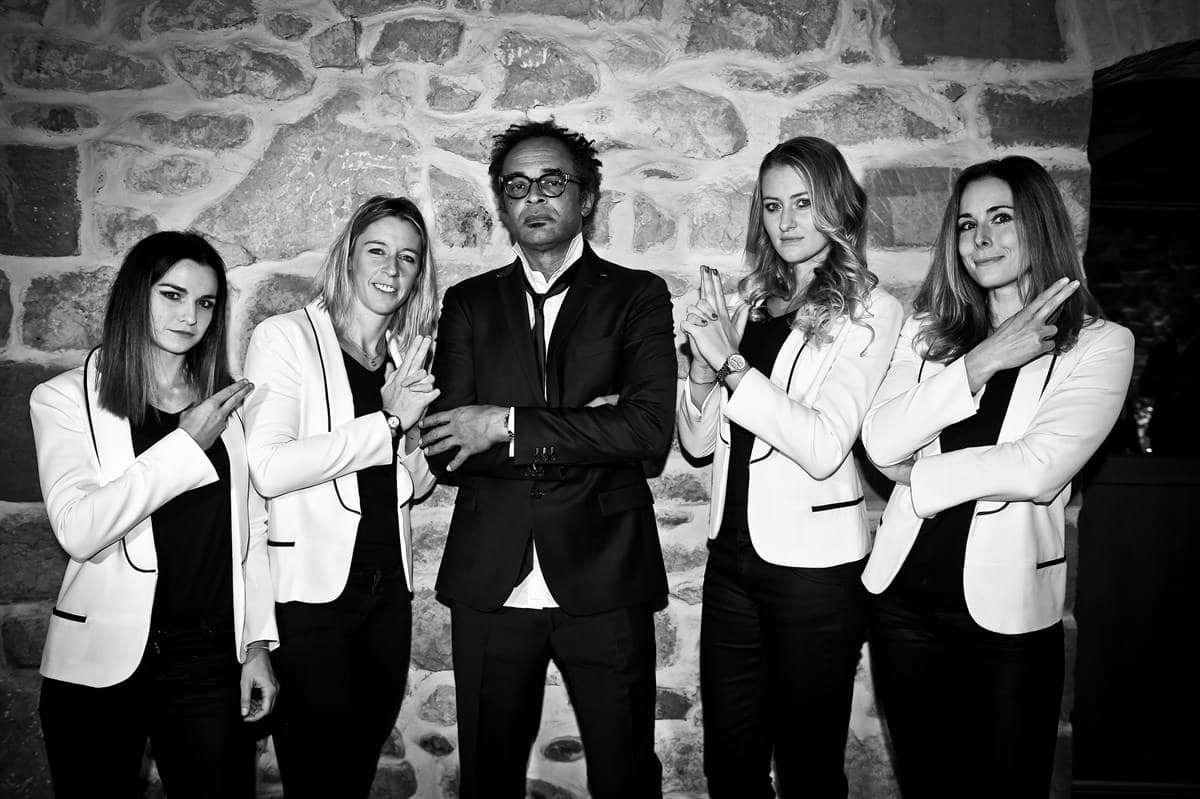 Captain Yannick Noah and the French Fed Cup team get their swagger on ahead of the Fed Cup weekend (photo: ITF/Fed Cup)

Like many during the Super Bowl, WTA player Genie Bouchard called the game for Atlanta before it was over on Twitter — with just enough time for a random 20-year-old college student to bet her that the Patriots would win. Now she has to go on a date with said student…Florida tennis volunteer Dede Allen was honored with a tennis court named after her at Episcopal High School in Jacksonville where she coaches, organized by former student Katie LeMaster. “I passed many happy hours there playing recreational tennis from 1969-1975,” LeMaster said. “The tennis teams in recent years have been district and regional winners under Coach Allen. She is a passionate and tireless tennis professional and coach who puts the team first.”…In case you missed it, 17-year-old Denis Shapovalov got Canada d.q.’d from their Davis Cup match with Britain when he hit a tennis ball at the chair umpire, striking him in the face and sending him to the hospital…How long does it take to massage a tennis ball out of a snake? About 30 minutes…First Stan Wawrinka, now Rafael Nadal have withdrawn from next week’s ATP Rotterdam event, with Nadal saying he needs additional rest after his Australian Open runner-up effort…18-year-old Aussie Oliver Anderson, who won the Australian Open boys’ title last year, has been provisionally suspended from tennis and now has a court date in March for his match-fixing accusations…Andy Roddick says his long-time pal Serena Williams is now in the same conversation with greats Muhammad Ali and Michael Jordan. 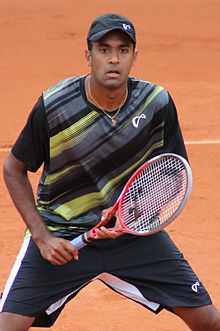 The WTA women are in Fed Cup mode this week, and while most of the American men are resting-up for the ATP stop in Memphis next week, American serve-and-volleyer Rajeev Ram is making a career-best run on clay in Ecuador.

The unseeded Ram moved into the quarterfinals on Thursday at the Ecuador Open in Quito, defeating unseeded Argentine Nicolas Kicker 7-6(5), 6-3. In the Friday quarters he will meet No. 3-seeded Italian Paolo Lorenzi.

“I like playing here,” said Ram, who reached a career-first ATP quarterfinal on clay. “In conditions like this, it’s all about serve and return. Not too many points go past that, so it’s important to be sharp in those areas.”

The U.S. hosts Germany in the first round of the Fed Cup starting Saturday in Hawaii.

Andrea Petkovic and Julia Goerges are on the German team, as they were in 2011 when the U.S. last faced Germany. That year Germany rolled to a 5-0 victory over Americans Christina McHale and Melanie Oudin in singles. This weekend Australian Open semifinalist CoCo Vandeweghe will lead a squad looking for revenge, and to improve on their 8-5 overall head-to-head against Germany.

“I had that already when I was a little boy. You know, ‘Why don’t you try harder?’ I mean, honestly I tried everything that I possibly could. Just because I don’t sweat like crazy and I don’t grunt, I don’t have this face on when I hit the shot like I’m in pain, doesn’t mean I’m not trying hard. It’s just how I play. Sorry.”
— Roger Federer speaking to TIME magazine on his seemingly effortless style on-court

“I’m not any better or different, or anything like that. I still have terrible spelling and won’t go fix my phone because I’m cheap…Never change.”
— CoCo Vandeweghe after reaching the Australian Open semifinals, speaking to tennis.com

“He’s one of my really good friends. We spend a lot of time together at tournaments, playing a lot of FIFA and Call of Duty. I’ve gotten to know him well. One of the nicest guys you’ll meet off the court — genuine. Very competitive guy on the court. But you never know what could happen.”
— Jack Sock on Nick Kyrgios, speaking to the New York Post