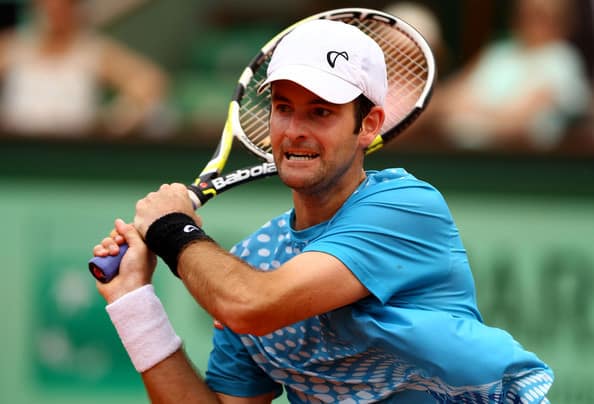 The underdog of the entire Rio Olympic Games will be on the U.S. men’s tennis team. Brian Baker, at No. 437 on the ATP Rankings this week, was named to the U.S. singles squad. After 11 surgeries for back issues, knees, elbows, a torn lateral meniscus and more, Baker at age 31 is taking another comeback shot at the sport he loves, but one his body continues to rebel against. A favorite among his fellow players and a standout junior in his day, Baker qualified for the U.S. team via an ATP protected ranking while he was out with his latest injury, and was helped onto the team by the Olympic withdrawals of John Isner and Sam Querrey. Other singles players for the U.S. will be Steve Johnson, Denis Kudla and Jack Sock. Competing in men’s doubles will be the defending gold medal-winning Bryan brothers. In women’s singles will be former gold winners Serena and Venus Williams, along with Madison Keys and Sloane Stephens. In women’s doubles will be the Williams sisters (seeking a fourth doubles gold) and the tandem of CoCo Vandeweghe/Bethanie Mattek-Sands. It will be the fifth Olympic appearance for Venus. 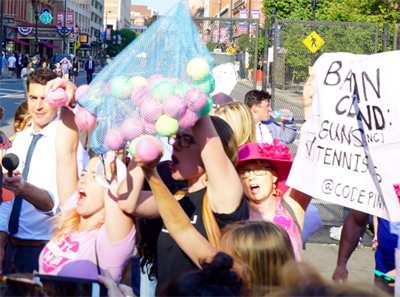 Tennis balls have never gotten so much publicity. Last week it was announced open-carry guns would be allowed at the Republican National Convention, but not tennis balls. This week the group Code Pink: Women for Peace, responded by bringing 500 pink and yellow tennis balls outside the convention site to protest guns at the convention. “We’re here saying that it’s ridiculous that the RNC has banned tennis balls, and yet they continue to let open carry happen in these streets,” said Code Pink member Chelsea Byers, speaking to Truthdig.com. “If they’re concerned about safety, they should be taking the guns off of these streets, not banning toys.” The approximate 15 protesters scattered tennis balls, resulting in Indiana State Police reinforcing the present Cleveland police, then additional riot police and police on horseback showing up. Protesters ended the event with chants of, “How many people die a year in tennis-related accidents?”

It’s ball mania! This mesmerizing video on how tennis balls are made has become a viral hit…More proof of the power of NJTLs (National Junior Tennis and Learning networks) in turning kids’ lives around here and here and here…It was perceived as evidence of the Williams sisters’ drive to between them collect gold in singles and doubles at the Rio Olympics when Serena, who is not even playing at the WTA event in Washington this week, showed up to practice with sister Venus, who is the top seed…Top 10-ranked players Simona Halep and Milos Raonic are the latest to withdraw from the Rios Olympics citing Zika virus concerns…Former No. 1 Victoria Azarenka announced she is pregnant, and that she will return to the pro tour after having her first child…Leaders from no less than 14 anti-doping agencies are urging the International Olympic Committee to ban the entire Russian team in all sports from the games in Rio de Janeiro…The top-level Rogers Cup tournament in Toronto is feeling the impact of the coming Rio Olympics as Andy Murray, Rafael Nadal and Roger Federer have all withdrawn from the field to rest up…Canada’s Genie Bouchard is reportedly on the fence about attending the Olympics, but is clear on where she stands in the Taylor Swift-Kanye West feud. 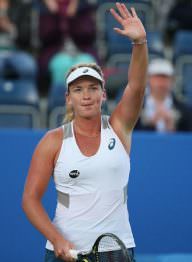 Half the quarterfinals are comprised of American women at the Bank of the West Classic in Stanford, Calif., as No. 1 seed Venus Williams, No. 4 CoCo Vandeweghe, Alison Riske and wild card Catherine Bellis have advanced to the Friday quarterfinals.

On Thursday Vandeweghe ground out a 2-6, 6-4, 6-4 win over fellow American Nicole Gibbs, while Bellis beat fellow American and  qualifier Sachia Vickery 4-6, 6-4, 6-2, and Riske was rewarded for her perseverance, coming from a set down to beat Romanian qualifier Ana Bogdan 3-6, 6-2, 6-4.

In the Friday quarterfinals the top-seeded Venus faces Bellis, and Vandeweghe will square off against Riske.

“It’s not going to be easy [playing Venus], but I think anything is impossible,” the 17-year-old Bellis said. “Obviously, it’ll be such an honor playing one of the best players of all time, and she’s done so much in her career and still doing amazing things. It’s going to be fun, and I’m very excited.”

Half the quarterfinalists are also American on the men’s side at the Citi Open in Washington, D.C., where on Thursday top-seeded John Isner led the charge, defeating No. 15-seeded Marcos Baghdatis 7-6(3), 6-2. Other U.S. winners were No. 5 seed Steve Johnson downing fellow American and qualifier Ryan Harrison 6-4, 6-4, No. 6 Jack Sock defeating Britain’s Daniel Evans 6-1, 7-5, and No. 8 Sam Querrey topping No. 11 Alexandr Dolgopolov 7-6(5), 6-3.

Friday’s quarterfinal meetings for the Americans in Washington will be Sock vs. No. 13 Ivo Karlovic, Isner vs. Johnson, and Querrey vs. No. 2 Gael Monfils.

On the women’s side at the Citi Open, Lauren Davis joined wild card Jessica Pegula in the quarterfinals Thursday as the two unseeded Americans attempting to go deeper in the event over the weekend.

Davis upset No. 3-seeded Monica Puig 6-4, 6-4 to set up a Friday meeting with unseeded Camila Giorgi of Italy. Pegula will face No. 1 seed Sam Stosur. 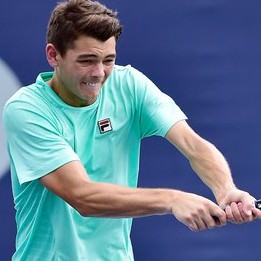 “I’m playing against them. So it’s weird to say I look up to these guys, because I might have to play them. It is pretty crazy.”
— 18-year-old American Taylor Fritz on his tennis heroes

“Whatever reasons they have are their own, but I can’t wrap my head around it.”
— CoCo Vandeweghe on players pulling out of the Rio Olympics

“I don’t think there’s too much promotion of [tennis] when it comes to the ATP…If the ATP wants better [televised tennis] ratings, they need to come to the party, too.”
— Legend Rod Laver, speaking to the San Diego Union-Tribune, on Wimbledon ratings down approximately 10 percent this year