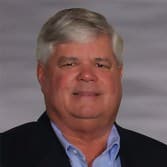 We are experiencing some exciting times with our game of tennis in the state of Florida.

On Jan. 5 the USTA National Campus at Lake Nona had its grand opening. This 100-court facility is, in my opinion, the crown jewel of tennis in the entire world! If you have had a chance to visit or play at the Campus you know what I mean.  If you haven’t had the opportunity to visit, it’s time for you to take a road trip.

The USTA Florida Section is also experiencing some exciting times of our own.  The new USTA Florida Section headquarters in Lake Nona is under construction, just a lobs distance away from the USTA National Campus, and should be finished this spring. The USPTA national headquarters is also under construction next door to our building. USTA Florida and the USTA national staff will be working together as we have scheduled more than 18 of our largest Florida League adult sectionals and junior events at the USTA National Campus.

Speaking of Florida adult leagues, more than 500 players participated in two events on Jan. 6-8 and 13-15 at the USTA National Campus at Lake Nona where the two season-ending Combo Sectionals were held.

Our 2017-2018 USTA Florida Officials Committee has been very busy working on several goals. One goal is to create a regional officials structure across the state. These regional officials would be the point officials in their region to assist the needs of other officials.  Another goal is to hold two grassroots workshops or educational opportunities that target new officials and others that are in need of training.  One other goal is to create a database that would assist with connecting tournament directors with officials.  This would be a short-term solution until USTA national’s officials database is completed in 2018.

These 10-and-under circuits were added to accommodate the more than 1,900 10-and-under players that were introduced to tennis by the growth of the 10 & Under Youth Progression Pathway in 2016.

As you can see, these are very exciting and busy times for our Florida Section.  I would like to thank all of the volunteers for all you do for the Florida Section!