The Bryan brothers vs. McEnroe brothers battle at the World Tennis Day celebration at Madison Square Garden definitely proved…well, not a lot. That the No. 1-ranked team in the world could beat-up on two old guys? While an entertaining spectacle, it didn’t do much to further John McEnroe’s assertion that doubles teams in his day had it much harder against more top players, were more talented, faster, etc. As Bob and Mike’s father Wayne Bryan likes to point out, the twins do pretty well against the top singles players today. In the Bryans’ era there have been five No. 1-ranked singles players: Lleyton Hewitt, Andy Roddick, Roger Federer, Rafael Nadal and Novak Djokovic. The Bryans’ head-to-head doubles win-loss records during their career are 8-1 vs. Hewitt, 5-2 vs. Roddick, 5-3 vs. Federer, 4-0 vs. Nadal, and 0-0 vs. Djokovic. The debate will rage on, but it was fun watching Bob and Mike and John and Patrick work it out in an 8-game pro set, and the inevitable pre-match conference smack talk from John leading up to it.

Sixty-seven countries celebrated World Tennis Day across the globe, but only one set a Guinness World Record. The USTA’s Play Event at the Billie Jean King National Tennis Center in Flushing Meadows, New York, brought together 406 children from local youth organizations for the record “largest tennis lesson.” Judy Murray, the mother of Wimbledon champion Andy Murray, helped out with the festivities. “Anything with getting children involved by playing tennis is great,” Murray said. “Tennis is a sport for life — it is a sport you can play with your family and friends, as well as being active.” The event was commemorated with a plaque and presentation at the World Tennis Day event at Madison Square Garden with Andy Murray, Novak Djokovic, the Bryan brothers and the McEnroe brothers. “It was a special way to kick-off the thousands of USTA Play Events through the country in March, as well as being part of a record-setting event,” said Dave Haggerty, chairman, CEO and president of the USTA.

No one knows who the four team owners are, the TV broadcast status is still unknown, and the exact schedule is still unconfirmed. But with a reported $24 million to throw at the top players, the new International Premier Tennis League (IPTL) is set to debut in November-December 2014. Teams will be based in the Asian cities of Bangkok, Dubai, Mumbai, and Singapore, and the names signed on to compete include Rafael Nadal, Novak Djokovic, Andy Murray, Serena Williams, and retired former No. 1s such as Andre Agassi, Pete Sampras, and Martina Hingis. It is speculated that players such as Nadal could make $1 million for one match. Teams can have a maximum 10 players on their roster with a $10 million salary cap. It is a big turn-around for the top ATP and WTA players who over the last few years convinced their respective tours to shorten the season calendars because they were “asked to play and travel too much.” But $24 million talks, and it remains to be seen whether such a league can sustain itself, produce a return for investors, and grab a hold of the lucrative Asian tennis market.

AMERICANS AT THE BNP PARIBAS OPEN IN INDIAN WELLS

While the Williams sisters are taking a break over the next two weeks, plenty of American men and women are in action in Indian Wells at the BNP Paribas Open.

The men’s and women’s draws both feature 15 of the Top 16 players in the world. Here are the American men and women in each draw and their first-round opponents or results entering Friday: 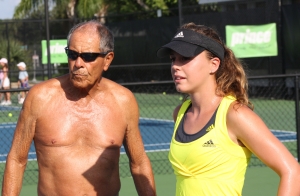 “I’ve been lucky with the skin cancer, boy. My sponsors, all they had to do before was just give me the shorts.”
— The 82-year-old oft-shirtless Nick Bollettieri, speaking to the New York Times

“I know they know better. I just don’t understand what good they think they’re doing blasting every move American tennis is trying to make. If these guys are so brilliant and have all the answers, how come the decline in tennis has happened while they have been the unofficial leaders of the private sector? Where are all their players? And don’t make me sick with the finger pointing blaming the USTA, or Player Development or Patrick [McEnroe], we’re all to blame, private and public.”
— Michael Joyce, former player and former coach of Maria Sharapova, on U.S. coaches and critics and the state of U.S. professional tennis

“I think a big difference is that Serena’s grown up a lot and has become more and more of her own person. She is the youngest of five, and when you’re the youngest of five you want to be like all the oldest ones. Especially in the last two years, she’s been able to become her own person and really be her own self. I’m really proud of her.”
— Venus Williams on her sister Serena in 2014, speaking to ESPN 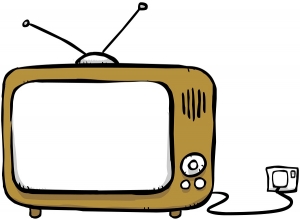 LAST BUT NOT LEAST

Check out the new USTA campaign — comment below, what do you think?