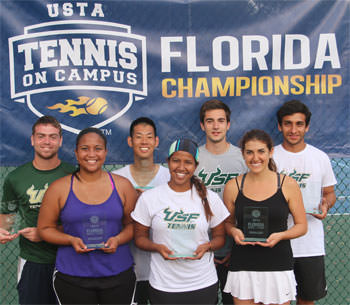 With more than 600 college campuses participating across the U.S., the USTA ‘Tennis on Campus’ program gives 35,000+ students the opportunity to play “club tennis,” a more social and less demanding, but still-competitive alternative to NCAA varsity tennis.

For Sree Rao, who was burnt out as a competitive junior even before her high school senior year, it has been the perfect vehicle for remembering what first drew her to the game — fun and camaraderie.

“I was playing way to much [as a competitive junior], and I just got tired,” said Rao, who was already competing for Cocoa Beach High School as a 7th grader, and quit playing after her 10th grade year.

Despite leaving the game behind, by graduation she was still receiving college tennis scholarship offers. But dedicating the majority of her time in college to NCAA tennis was not an appealing prospect. What did appeal to her was dedicating herself to her studies, while also making some time for socializing and some extracurricular club or sports activities.

In the end she followed her older sister and enrolled at the University of South Florida.

“I just wanted to live that life of a college student,” she said.

Her sister, however, had other ideas. 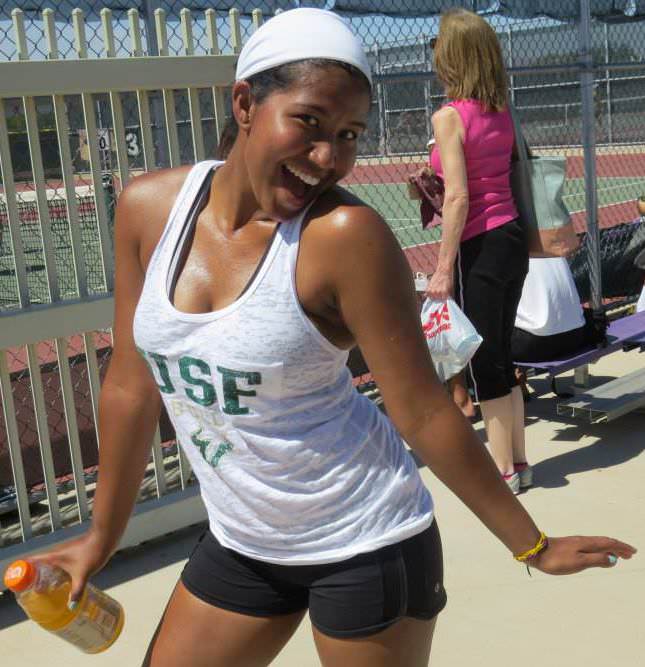 “She had been the president of the Tennis on Campus club team, and she said ‘Hey, you should come back to tennis,'” Rao said. “I’d been leery of it because I’d been out of it for so long. But I joined [the tennis club] my freshman year, and I got back into it so fast — I was playing tennis every day.”

Rao was unaware that she had another admirer watching her. At the beginning of her junior year, the assistant coach of the varsity team approached her.

“Hey, you play tennis well and we’ve seen you, would you be interested in trying out?”

By this time Rao was president of the USF club team, which had become a large part of her social life at the school.

“I said, ‘No thank you,” Rao said. “I was absolutely in love with the club team. I loved club tennis, it was so much fun.”

The varsity coaches were persistent, and prior to this school year, her senior year, they made another advance.

“They kept asking, and they said, ‘We’d love to have you, even if it’s only for one year,’ and I finally ended up trying out and she put me on the roster.”

Rao sees doubles as her best chance at making the varsity starting line-up, as USF boasts a tough starting singles squad this year, and is a valuable addition to the practice squad. Making the mental switch from the fun, lighthearted atmosphere of club tennis to training and playing challenge matches on a NCAA Division I varsity squad has also proved a challenge.

“The transition was hard — it was really hard!” she laughed. “The club tennis practices for me were social and a chance to mingle. But the coaches have been so great and sat down and talked to me whenever I felt like, ‘Oh my gosh! Am I in over my head?'”

A new year has also brought a new women’s coach for USF, Cristina Moros, who inherited in Rao a different type of team player.

“The old coach last year told me she was excited for me to bring my love for tennis,” Rao said. “She saw my jumping around at matches, and said ‘Whether it’s your team or another team, you’re just excited to be seeing good tennis played.’ I think that came from playing Tennis on Campus. Because you don’t see any juniors jumping up and down for an opponent that played a great point.”

“I told the president of the Miami club team when I saw them, ‘Hey, if you’ve got a spot for me I’d love to play on the club again!’

“I could talk about Tennis on Campus all day, I love it. I still talk to people about it as a varsity member, I say, ‘You know, if you don’t want to play varsity tennis, there’s still a place for you…'”

To learn more about Tennis on Campus in Florida go to www.ustaflorida.com/adulttennis/tennis-on-campus.