The University of South Florida protected their home turf last weekend at the USF Bull Run tournament in Tampa. In the Gold Bracket final the USF-“A” team defeated the University of Miami-“B” team 29-16 in the World TeamTennis scoring format.

The event was part of the 2018-19 USTA Florida “Tennis on Campus” series of events for college club teams.

“We had perfect weather that made for even better tennis this past weekend in Tampa,” said USTA Florida Tennis on Campus Coordinator Desirae McLaughlin. “USF and UM dominated this event with both clubs in all three Gold, Silver and Bronze bracket finals.”

It is the first time the USF tennis club has won titles in two consecutive seasons after last January emerging victorious at the UNF Swoop the Nest tournament in Jacksonville. 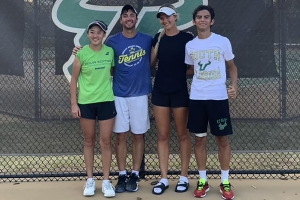 The UM-“C” team won the Silver Bracket, defeating USF-“C” in the final, and the UM-“D” team won the Bronze Bracket after besting the USF-“D” team in the championship match. 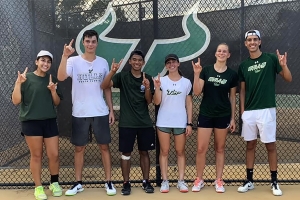 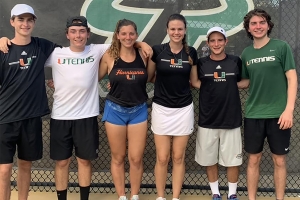 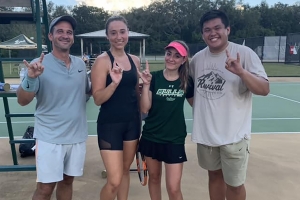 The next event on the 2018-19 USTA Florida ‘Tennis on Campus’ schedule will be the UCF Knightro Cup hosted by the University of Central Florida in Orlando on Oct. 20.