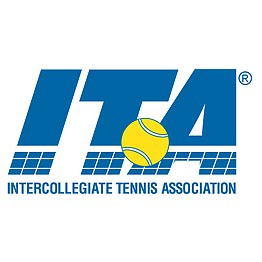 The University of Florida’s Brooke Austin was named the ITA Rookie Players of the Year, and the University of Miami’s Stephanie Wagner the ITA Player to watch when the Intercollegiate Tennis Association announced its national award winners for Division I men’s and women’s tennis.

Austin had a fantastic start to her collegiate career, winning more than 50 combined singles and doubles matches while playing first singles and first doubles for Florida. She made an instant impact nationally during the fall when she won the USTA/ITA Southeast Regional doubles crown and reached the singles semifinals of both the Riviera/ITA Women’s All-American Championships and the USTA/ITA National Indoor Intercollegiate Championships.

Austin was named the SEC Freshman of the Year and Player of the Year, becoming just the second freshman to win both awards in the same season. She has maintained a Top 10 ITA National Ranking all season long in both singles and doubles and is currently ranked in the Top 6 of each.

Miami’s Wagner is currently ranked in the Top 20 nationally in singles and doubles. A three-time All-ACC selection, she posted a 14-4 dual matches singles record in 2015 and fared well against top competition, scoring nine wins over nationally ranked opponents.

The junior was a singles semifinalist at the USTA/ITA National Indoor Intercollegiate Championships in the fall and led the Hurricanes with a 3-0 record during ITA Kick-Off Weekend. Wagner also posted an undefeated conference doubles record during the spring.

“I think to get recognized for this award on a national level is really great motivation going into the NCAA individual championships,” Miami head coach Paige Yaroshuk-Tews said. “Steffi has received a lot of awards this year that I think are very deserving and show the work that she has put in. Leading into next year, I think this is really going to kind of pave the way for her.”

For a full list of NCAA Division I Regional award winners go to www.itatennis.com/AwardsAndRankings/ITA_Award_Winners/2015_ITA_Division_I_Award_Winners.htm.