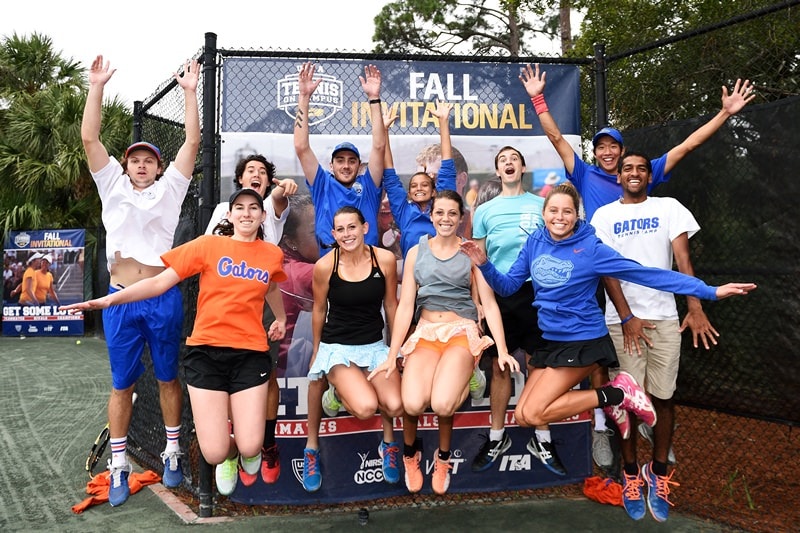 The USTA Florida Section-champion University of Florida and the University of Miami will represent the Sunshine State on April 14-16, 2016 in Cary, N.C., when the Cary Tennis Center hosts the USTA Tennis On Campus National Championship.

Since its inception in 2000, Tennis On Campus has grown significantly and today is played on more than 600 college campuses across the country.

“The USTA Tennis On Campus National Championship is far and away the most exciting and successful recreational college tennis event in the country,” said Glenn Arrington, national director, USTA Tennis On Campus. “The championship offers students a unique blend of team competition balanced with a coed fun and a social vibe, setting it apart from varsity programs. Having the opportunity to compete at nationals is a memorable milestone in any player’s college experience.”

Seven schools will make their debut at nationals in a field that also includes two-time defending champion University of California-Berkeley, and Club of the Year the College of William and Mary.

Teams participating in the Tennis On Campus National Championship have advanced through USTA section championship play or received automatic bids from winning at the Fall or Spring Invitationals.

Visit the Tennis On Campus website at www.TennisOnCampus.com for complete results, stories and photos. In addition, follow #TOCNationals on social media throughout the tournament.