All-UF Final at ‘Tennis on Campus’ UF Gatorbowl in Gainesville

The University of Florida club tennis team held its ground at the UF Gatorbowl on Sept. 23 in Gainesville, where two UF teams reached the final over seven other schools and 32 total teams in attendance.

The UF-“A” team defeated the UF-“B” team 28-21 in the Gold Bracket final in the first USTA Florida “Tennis on Campus” series tournament of the 2017-18 season. 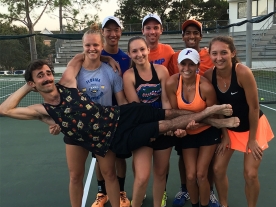 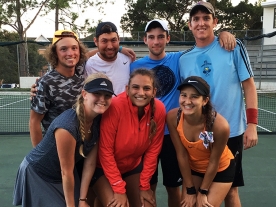 It was the 11th consecutive Florida TOC Gold Bracket event won by either UF or UCF dating to the 2015-16 season.

The UNF-“A” team won the Silver Bracket, in the final defeating the UF-“D” squad 24-23 in a super-tiebreaker. The Bronze Bracket was won by the FAU-“A” team which defeated the FSU-“B” team 21-19 in the final. 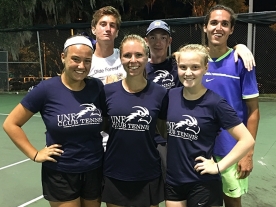 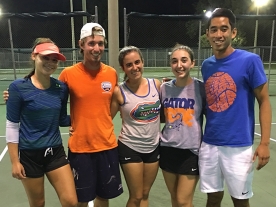 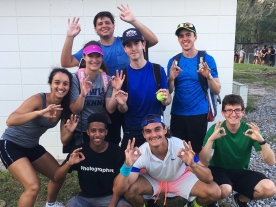 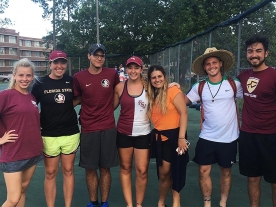 The next event on the 2017 Tennis on Campus schedule will be the USF Bull Run in Tampa on Oct. 7.