Tennis Game Changer Blog: Give Us Your Feedback on Alternative Adult Play Formats 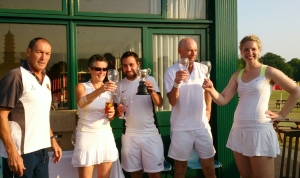 “Social tennis” get-togethers and leagues are on the rise

The times are a changin’, but will tennis change with them?

National tennis associations across the globe are experiencing dips in the number of adults participating in competitive tournaments. Many competitive adult players will no longer give up entire weekends to play tournaments, especially older players with injuries becoming more prevalent in the modern game.

Outside of the ultra-competitive set, “social tennis” has become a buzzphrase, with alternative leagues or formats popping up that focus on fun and socializing rather than competition. Round robin play without keeping track or winners and losers is usually followed by a few adult beverages and socializing (ex: face-to-face communication, people looking up from their mobile devices, if just temporarily).

Pickleball has also been a wake-up call for tennis among older adults. It has provided an easy-to-learn racquet/(paddle) game that requires less movement on a smaller court (which tennis is now addressing, see below).

Tennis Australia, the USTA’s Australian counterpart, is promoting its Fast4 format, presenting tennis in condensed sets and scoring, and recruiting Roger Federer and other top names to play public Fast4 exhibition matches last month at ATP events in Sydney and Adelaide, and at the Australian Open.

Whether addressing competitive, older, or strictly social adult players, how can tennis associations not only keep up their current number or adult players, but also attract new ones?

USTA Florida will pilot, or continue to offer, four adult alternative formats and a social tennis format in 2015 that all have three things in common — less time commitment, lower fees, and more fun: 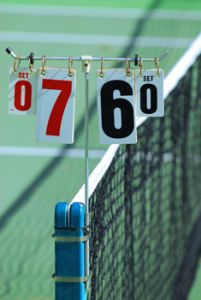 Tiebreak Tournament
Two years ago USTA Florida approved the Tiebreak Tournament format, which is gaining traction as a fun tournament alternative that does not take an entire weekend to play — a tournament takes approximately 4-5 hours to complete. This year will feature a number of events across Florida, with expanded opportunities in 2015 that will include a tournament at the USPTA Florida Convention in May in Naples, Fla. Tiebreak Tournaments include seeds and draw sheets (main draw and consolation), but matches are best of three tiebreaks.

Tournament directors have the discretion of playing the standard tiebreaker (first player to seven, win by two) or a 10-point tiebreak (first player to 10, win by two). Matches, including a short warm-up, typically last only 30-35 minutes. Entry fees are a maximum $20, with age division events (35s, 45s, 55s, etc.) or NTRP events (2.5, 3.5, 4.5, etc.) offered. USTA Florida is also working on a Tiebreak Tournament ranking system to “tie” (get it?) the new format of events together. 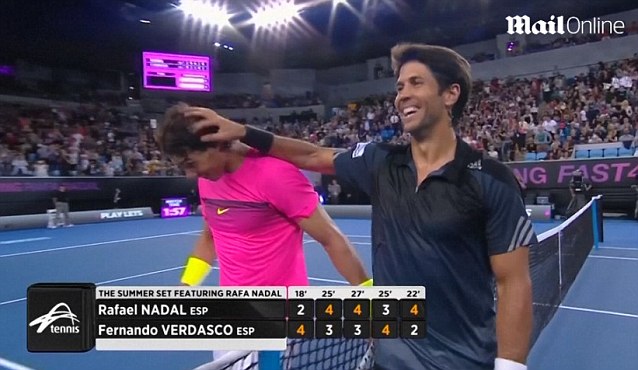 Fast4
Fast4 is promoted by Tennis Australia and featured in exhibition matches last month at pro tour events featuring Roger Federer, Rafa Nadal, Lleyton Hewitt and John McEnroe. The four key rules in Fast4 are: 1) Play “let” serves that drop in; 2) It’s no-ad tennis, as once a game reaches deuce, a “Power Point” decides the game; 3) At 3-games all in a set, a short tiebreak is played (first to 5 points), and a Power Point determines the winner if the tiebreak reaches 4 points all, and; 4) Four is the magic number, as 4 games wins a set.

Tennis Australia says Fast 4 is for “those who don’t have time to play tennis. It’s a fast and fun format to attract new and current players who want tennis to fit into their busy lifestyle. FAST4 does not replace traditional tennis, it is designed to complement it.” USTA Florida looks to pilot Fast4 events around the state in 2015. Learn more about Fast4. 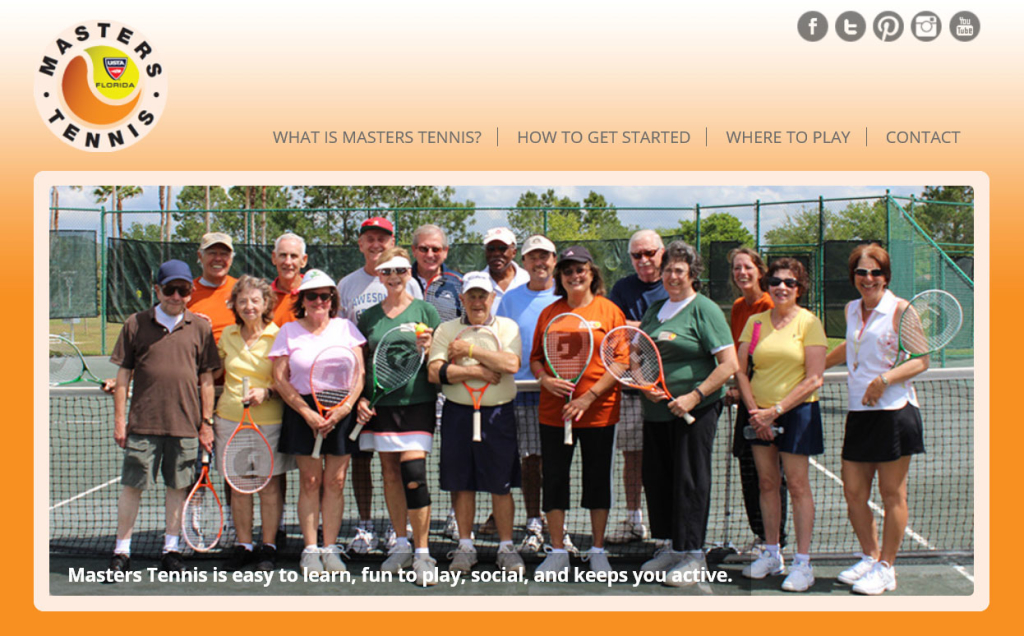 Masters Tennis
With the “Pickleball of tennis,” adult tennis has never been so fun. Smaller courts and lower-bouncing balls are the new norm for bringing along small children in tennis, and now adults can benefit from tennis on 60-foot courts (compared to the regular 78-foot court) and easier-to-control “orange” balls with Masters Tennis. Perfect for getting players back in the game who were driven out by injuries or age, Masters Tennis is easier on the joints and the knees of players who have difficulty covering a full court. Advanced and intermediate players still get a workout (the 60-foot court singles format is actually part of a prize money league in Europe), and beginning players can start with the even-slower “red” or foam balls.

“Clubs and players in Florida with our older demographic have been asking us for a program like this for years,” says USTA Florida Executive Director Doug Booth. “Anyone can play with the slower balls and smaller courts. Players who left the game due to age or injuries can again play with this format, truly making tennis the ‘Sport of a Lifetime.'” Learn more about Masters Tennis.

One-on-One Doubles
Once you play the “third game of tennis” you’re hooked. The crosscourt-only singles (doubles alleys are in play), must-serve-and-volley game began for high-level players, but new rules have been introduced that allow NTRP 3.5-4.5 players to compete on the same court with 5.0 and above players at events. One-on-One Doubles helps adults and juniors alike develop their volley and net-approach skills, while the quick scoring format allows tournaments to be played in a half day. One-on-One Doubles events in Florida also include rockin’ music, food and beverages and an after-event party.

“I got hooked playing One-On-One Doubles after trying it once,” said Mikael Pernfors, the 1986 French Open singles finalist and former NCAA Division I singles champion. “I think it is an excellent game for any player trying to become a better doubles player. I also feel that it is a wonderful way for juniors to develop a solid serve-and-volley game to be added to their baseline game.” Learn more about One-on-One Doubles.

USTA Florida volunteer Mark Taylor, who serves on the Adult Committee Task Force, has championed a number of the adult alternative formats.

“Tiebreaker Tournaments have been well received — we did several around the state in 2014, and right now we have seven planned for 2015,” Taylor said. “It’s an alternative avenue for players that are time crunched. You’re always going to have your players that want to play full highly-competitive tournaments, but Tiebreaker Tournaments are highly-competitive played in just half a day. The entry fees are $20 so we’re not killing players with the high cost. I’ve talked to a lot of players and tournament directors that were on board with it, so we said let’s try it. This and events like One-on-One Doubles are offering players the same competition in half a day’s time.”

To pilot an adult alternative event at your club or facility in 2015, e-mail Jason Gilbert at gilbert@florida.usta.com.