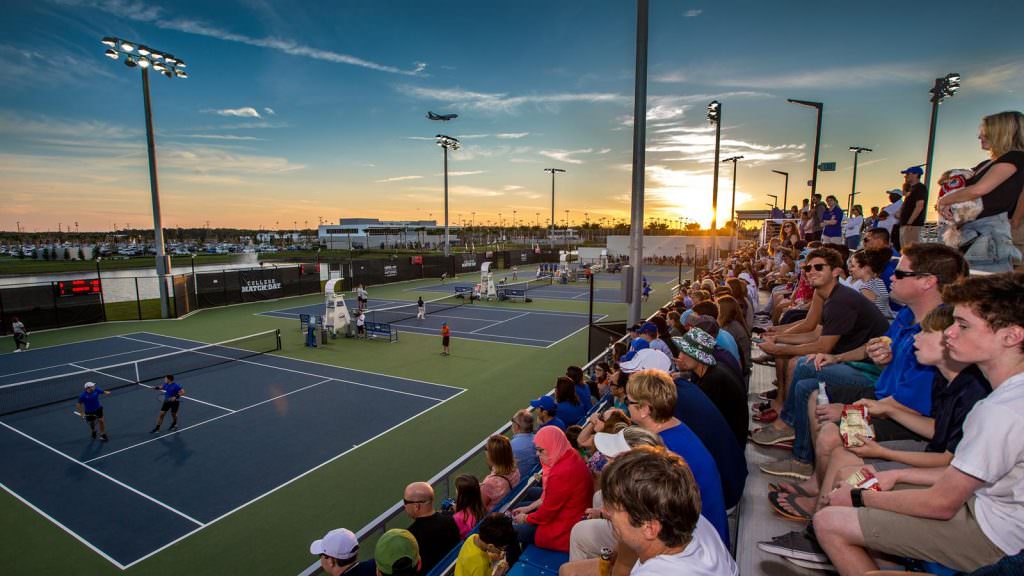 The USTA College MatchDay series at the USTA National Campus in Orlando brings a fun, raucous atmosphere to college tennis, featuring a 1,200-seat 12-court collegiate stadium, the only off-campus stadium in the U.S. built specifically for college tennis.

Now all tennis fans will get to experience College MatchDays with the announcement that all six matches at the national campus in Feb.-April will be broadcast live on Tennis Channel, beginning this Saturday when the University of Florida and Florida State University men and women square off at 7 p.m.

“Through this partnership with Tennis Channel, tennis fans across the country will be able to experience college tennis at the highest level,” says USTA Senior Director of College Tennis Virgil Christian.

Calling the action will be veteran broadcaster Leif Shiras and former world No. 4 James Blake, along with former world No. 5 Jimmy Arias serving as the sideline reporter. It will be the first series of college events broadcast on Tennis Channel.

For more information on College MatchDays go to www.ustanationalcampus.com/en/home/news/2018matchdayschedule.html.