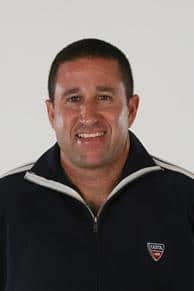 Jay Berger has chosen to step down as USTA Player Development’s head of men’s tennis. Berger, who has held the position since it was created in 2008 and has coached with the USTA since 2003, informed USTA Player Development General Manager Martin Blackman of his decision earlier this year and agreed to remain in the role until June, per Blackman’s request, to assist with the transition to his successor.

Berger was hired as the USTA’s head of men’s tennis in November 2008, when the USTA expanded its Player Development department and hired Jose Higueras as its director of coaching. At that time, the U.S. had two men who were 21 or younger ranked in the Top 200. Today, that number has grown to eight, while no other country has more than two. Additionally, the U.S. led all nations with 14 men entered into the main draw of the Australian Open in January, and seven of those players were 20 or younger, marking the first Grand Slam since the 2006 US Open that featured seven American men under 21 years old.

“Jay has done a tremendous job over the last nine years to support the development of the most promising generation of young men we’ve had in more than a decade,” said USTA Player Development General Manager Martin Blackman. “It’s important for us to bring in someone who can maintain that momentum, continue to develop relationships with our top male juniors, collegians and pros and optimize the support that we give to our top American players. I’m grateful Jay has decided to stay on through June to make that transition as smooth as possible.”

Prior to joining the USTA, Berger was the head men’s and women’s coach at the University of Miami. As a player, Berger was ranked as high as No. 7 in the world, winning three ATP titles and reaching the quarterfinals of the US and French Opens in 1989. In two seasons at Clemson, Berger went 91-22 in singles and was an All-American in 1986. In 1985 he broke out to reach the fourth round at the US Open as the reigning USTA Boys’ 18s national champion. 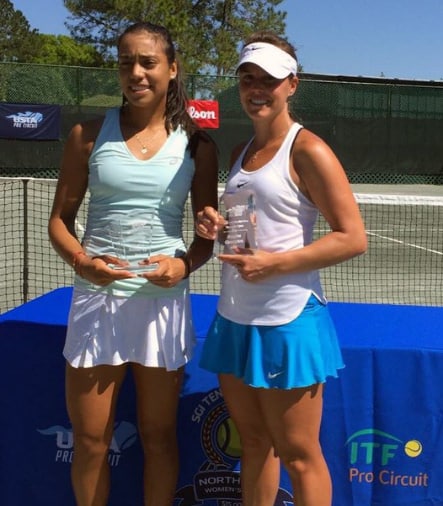 Top-seeded Michelle Larcher de Brito of Portugal put an easy cap on a difficult week Sunday at the SGI $15,000 Women’s Event, a USTA Pro Circuit tournament, in the final defeating No. 2 seed Victoria Rodriguez of Mexico 6-2, 6-0 at the Northdale Golf & Tennis Club in Tampa, Fla.

The 24-year-old Larcher de Brito, in her 11th year as a pro, reached a career-high rank of No. 76 in 2009. She entered Tampa last week at No. 238 on the WTA rankings with four first-round loses this year in six events, all at the ITF/USTA Pro Circuit level.

In her 2008 breakout year as a teen she qualified at the WTA Stanford event then upset No. 34-ranked Gisela Dulko before losing to No. 1-ranked Serena Williams in three sets. She followed that by qualifying at the WTA Montreal event, in the main draw upsetting American Vania King and No. 15 Flavia Pennetta before losing to No. 4 Svetlana Kuznetsova in three sets. She has career wins over former No. 1s Maria Sharapova and Ana Ivanovic, as well as the former No. 2 Kuznetsova and perennial Top 5 player Agnieszka Radwanska.

Unseeded Alex Guarachi of Chile and Connie Hsu of Taiwan won the doubles title, in the final defeating No. 2 seeds Emina Bektas and Sanaz Marand 6-3 4-6, 10-4. 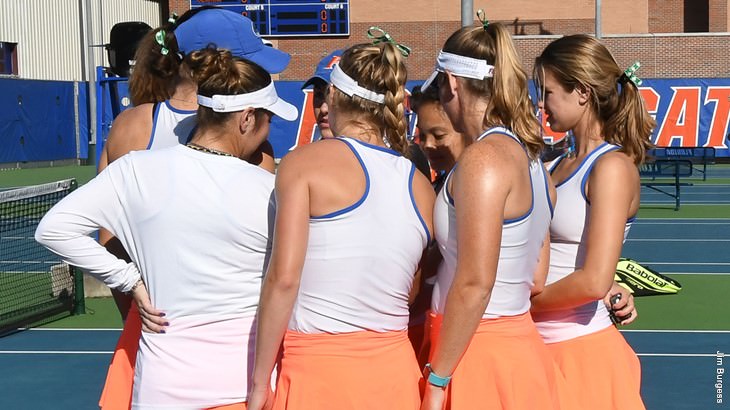 Last week the No. 1-ranked University of Florida women saw their 163-match home winning streak come to an end when they were upset 4-1 by the No. 6-ranked Georgia Bulldogs at the Alfred A. Ring Tennis Center in Gainesville, Fla.

“I bet there were people in Gainesville who never thought today would happen, but it did,” said Florida Head Coach Roland Thornqvist.

It was the longest active streak of any NCAA Division I team in any sport, of any gender, in the country. UF is now 205-2 all-time at home against SEC teams, a record that includes NCAA tournament matches.

Kuhlman was the only singles winner for UF at the No. 4 spot as UG won the No. 1, 2 and 6 positions in straight sets.

“From a mental standpoint, it didn’t look we were there like we normally are,” Thornqvist said. “Georgia was fantastic in capitalizing. That’s hard to do, come in here and believe you can beat this team, which is arguably one of the best teams we’ve had here in years. It takes a lot of moxie to do that and they played great. They were able to expose some things today and you have to give them credit.”

To read more go to floridagators.com/news/2017/3/17/womens-tennis-the-streaks-is-over.aspx.