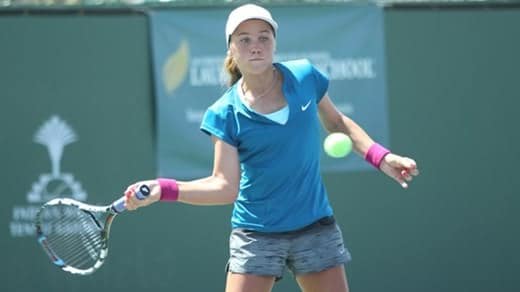 Pembroke Pines’ Sofia Kenin and Boca Raton’s Tommy Paul both came within a match of claiming maiden US Open juniors titles when both lost respectively in the girls’ and boys’ finals at the Billie Jean King National Tennis Center on Sunday in Flushing Meadows, N.Y.

Kenin had a set point in the first after a double fault from the Hungarian but the 16 year old could not convert.

The 17-year-old Hungarian traded breaks with Kenin in he second before serving out the match at 5-3. Kenin also competed in the women’s main draw after earning a wild card by winning the USTA Girls’ 18s National Championships.

Galfi is the first Hungarian junior to ever reach the US Open juniors final, and no Hungarian has ever won an adult Slam title in the Open Era. In the semis Kenin beat Hungarian and No. 11 seed Fanny Stollar to become the third Florida girl in the last four years to make the US Open junior final after 2012 winner Samantha Crawford and 2013 finalist Tornado Black.

The 18-year-old Paul beat Fritz in June to win his first junior Grand Slam title at the French Open in a tight three-set final.

It was the first time time two American boys featured in a US Open final since 2010 when Jack Sock beat Denis Kudla.

“We both wouldn’t want it any other way than two Americans in the final,” said Fritz prior to the championship match. It was the third time in the past six junior Slams that American boys have played for he title, including 2014 Wimbledon (Noah Rubin d. Florida’s Stefan Kozlov), and 2015 Wimbledon (Florida’s Reilly Opelka d. Mikael Ymer).

Paul also gained notice for navigating the men’s qualifying to make an appearance in the US Open men’s main draw prior to the junior tournament. 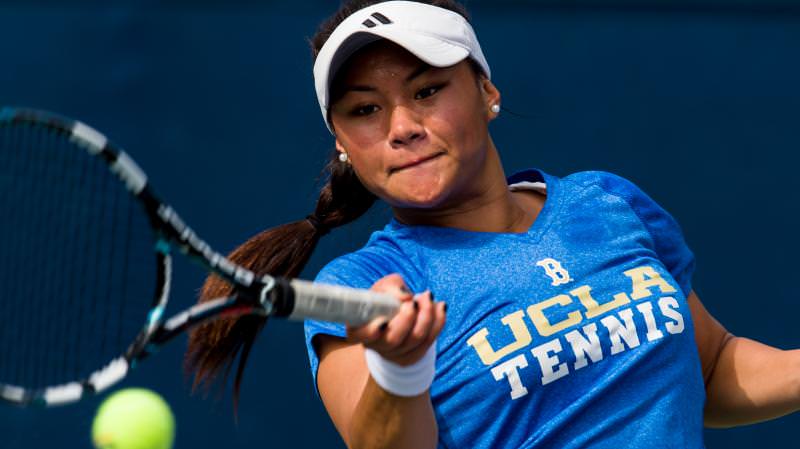 Just as two Florida juniors lost in the US Open boys’ and girls’ finals, two Miami players fell in the men’s and women’s finals of the American Collegiate Invitational, played during the US Open and completed on Saturday at the USTA Billie Jean King National Tennis Center in Flushing Meadows, N.Y.

“I was really, really nervous yesterday when I got up, so I definitely didn’t want that to snowball and happen again,” said Anderson of her nervousness in the semifinals, speaking to www.zootennis.com. “I knew if I could serve well and close that out at the end, everything would be okay.”

With the win Anderson will receive a wild card into next year’s US Open women’s qualifying.

In the men’s final, Miami native and No. 4 seed Gonzales Austin, a recent Vanderbilt graduate, lost to UCLA junior and No. 2 seed Mackenzie McDonald 6-2, 7-5.

“My serve, I changed some things,” McDonald told www.zootennis.com. “My back doesn’t hurt now when I serve. I didn’t see my percentage, but I think I served a really high first serve percentage. I’m extremely happy about that.”

McDonald also earned a wild card into next year’s US Open men’s qualifying.

“It’s really cool that we have this event now here at the Open,” he said. “I’m extremely excited I can come back and play the pros next year.” 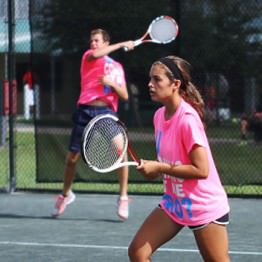 Grown-ups can support kids receiving the opportunity to participate in Junior Team Tennis leagues by playing the Social Tennis Fundraiser, to be held on Saturday, Sept. 26, 2015 from 2-6 p.m. at the Total Tennis Center in Clearwater, Fla.

The event is for adults 18 and older and will benefit children who play tennis at the High Point Neighborhood Family Center.

“Help us fund High Point Neighborhood Family Center kids in their goal to play team tennis,” says organizer Julie Panton. “After five years of practice we are ready to take our kids to the courts!”

The Total Tennis Center is located at 2565 N.E Coachman Rd. in Clearwater, Fla.

Please RSVP for the event by Sept. 21 to Julie Panton at globalcommunitytennis@gmail.com.