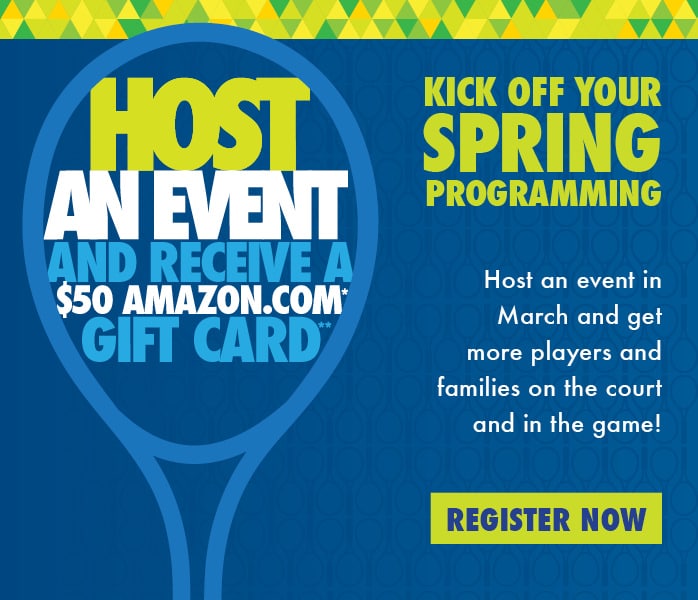 Tennis facilities and organizers can fill-up their programs with kids this March — and receive a $50 Gift Card.

Visit here to register, and the first 2,000 unique event hosts will receive a $50 Amazon.com* Gift Card. ** The Play Day or Play Event can be for any age, while also promoting tennis as an activity for the entire family.

The USTA is supporting World Tennis Day, which is kicking off with the BNP Paribas Showdown at Madison Square Garden on March 8, 2016, to be broadcast on ESPN2. Youth Tennis advertising will run during this prime event to drive parents to www.YouthTennis.com to find an event.

Host an event to get new players in the game, and don’t miss out on this opportunity to connect more families to your programs.

* Amazon.com is not a sponsor of this promotion. Except as required by law, Amazon.com Gift Cards (“GCs”) cannot be transferred for value or redeemed for cash. GCs may be used only for purchases of eligible goods at Amazon.com or certain of its affiliated websites. For complete terms and conditions, see www.amazon.com/gc-legal. GCs are issued by ACI Gift Cards, Inc., a Washington corporation. All Amazon copyrights are IP of Amazon.com, Inc. or its affiliates. No expiration date or service fees.

**No purchase necessary. Registration on www.YouthTennis.com starts at 12:01 on January 27, 2016 and ends at 12:01 on March 30, 2016. United States Tennis Association Incorporated reserves the right to substitute in its soled discretion, limit of 1 GC available to the first 2,000 registered events. USTA is not responsible for delivery or redemption. Copyright 2016 United States Tennis Association Incorporated. All rights reserved.

The University of Miami won it second USTA Florida ‘Tennis on Campus’ club tennis title of the 2015-16 season over the weekend at the FGCU Dirty Bird Classic in Ft. Myers, in the final defeating the University of Central Florida 29-15 in the World TeamTennis scoring format. 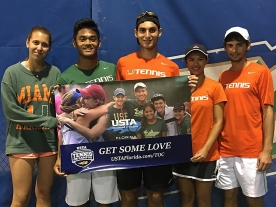 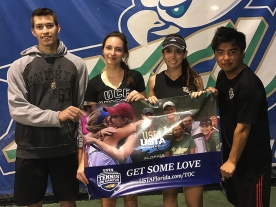 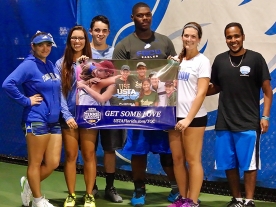 UCF fell to 0-2 in finals this season, losing a second straight after finishing runner-up to the University of Florida in the Jan. 23-24 UM Ibis Open final in Coral Gables. UM collected its second title after the UT Spartan Challenge in Tampa on Nov. 7-8, 2015.

The next event on the 2015-16 USTA Florida Tennis on Campus calendar will be the Delray Beach Campus Challenge, held Feb. 13-14 in conjunction with the Delray Beach Open, an ATP World Tour event.

About USTA Tennis On Campus
The USTA Tennis on Campus program is designed to provide college students with opportunities for team camaraderie, social networking, and rivaled competition through tennis without the rigors or time commitment of NCAA varsity play. Tennis on Campus offers fun co-ed team-based play (using the World TeamTennis scoring format), regional and national championship competition, and helps students maintain active and healthy lifestyles through their college years. Currently the program is offered on more than 500 college campuses, combining men’s and women’s singles, doubles and mixed doubles, with a minimum of two men and two women per team.

For more information on the USTA Florida Tennis on Campus series or to start a team at your school go to www.USTAFlorida.com/TennisOnCampus or contact Desirae McLaughlin at tennisoncampusflorida@gmail.com. 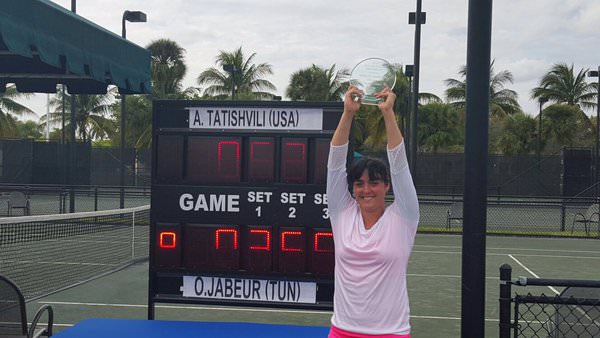 Jabeur did not face another seeded player until the final, in the semis defeating American wild card Ellie Halbauer 6-3, 6-2. Tatishvili in her semifinal defeated the Ukraine’s Elizaveta Ianchuk 6-1, 7-6(2).

The Tunesian won her first USTA Pro Circuit event of the year in Daytona Beach, three times coming back from losing the first set, and in the final beating unseeded 17-year-old Olga Fridman of the Ukraine 0-6, 6-2, 6-4. In her next event she was upset in the second round by American qualifier Sofia Kenin before capturing her second title of the year in Sunrise. This week’s finalist Tatishvili was almost an upset victim at the hands of Kenin, beating the teen after losing the first set in her opening round. 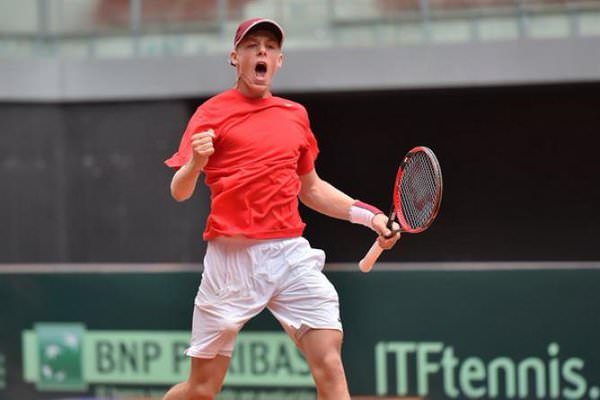 It was the 16-year-old Shapovalov’s first career title.

The Weston doubles title went to unseeded American wild cards and former collegiate standouts Hunter Reese and Junior Ore, who in the final beat No. 3 seeds Isak Arvidsson of Sweden and Kaichi Uchida of Japan 7-6(4), 3-6, 10-8.