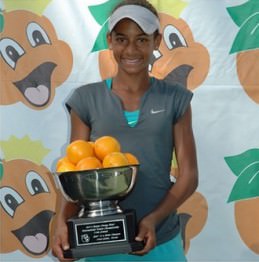 Florida juniors featured on all four U.S. international tennis teams that qualified for the finals of the Junior Davis Cup and Junior Fed Cup, and World Junior Tennis Championships.

The regional qualifier was contested last weekend at the USTA Training Center-Headquarters in Boca Raton, Fla., with the finals to be held later this year in Hungary and the Czech Republic.

Hallendale Beach’s 14-year-old Amanda Anisimova led the U.S. Junior Fed Cup team, which did not drop a set (18-0) in beating Canada, Mexico, and Puerto Rico for the championship. Also on the team were Claire Liu (15, Thousand Oaks, Calif.) and Caty McNally (14, Cincinnati). The team was captained by Adam Peterson. Anisimova is the No. 5-ranked junior in the world.

“The USA girls in the Junior Fed Cup led the way without dropping a set in the entire competition and losing only 22 games in 9 rubbers,” said USTA Director of Competition Lew Brewer.

Bradenton’s 14-year-old Whitney Osuigwe led the World Junior Tennis girls’ team that went undefeated (and 18-1 in sets) against Canada, Mexico, and Guatemala. Also on the team were Naomi Cheong (13, Las Vegas) and Alexa Noel (13, Summit, N.J.). The team was captained by Jean Desdunes.

The finals of the World Junior Tennis Championships will be played in Protejov, Czech Republic, on Aug. 1-6, 2016. The Junior Davis Cup and Junior Fed Cup finals will played in Budapest, Hungary, on Sept. 27-Oct. 2, 2016. 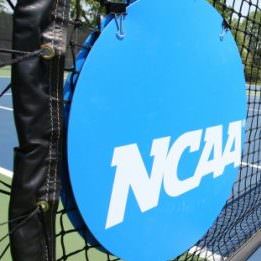 The NCAA Division I men’s and women’s tennis subcommittees this week selected for each the 64 singles players and 32 doubles teams that will compete in the 2016 NCAA Division I individual tennis championships.

The singles and doubles competition will be held on May 25-30 at the Case Tennis Center in Tulsa, Ok., following the conclusion of the team championship, which runs from May 19-24. The University of Tulsa will serve as host.

All matches are the best-of-three sets. No-ad scoring and a 7-point tiebreaker at 6-games-all will be used for all matches. In doubles, a 10-point match tiebreaker will be played in lieu of a third set.

Here are the individuals from Florida schools that qualified in singles and doubles.

To see the full draws go to www.itatennis.com.