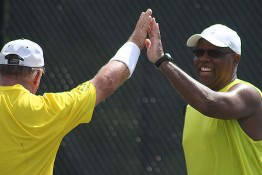 Casual tennis players, adults who hit the court with friends once a month, or even players who have been away from the game but are interested in picking up a racquet again are invited to join Gulf Winds Track Club and USTA Florida for the Tallahassee Team-Up, Aug. 15, 2015 from 4-6 p.m. at Winthrop Park in Tallahassee, Fla.

“This free event will include tennis activities for all levels, with raffle prizes, food and beverages and more,” says Tallahassee-area USTA Florida Tennis Program Coordinator George English. “It will be a great opportunity to meet other area casual tennis players, enjoy a great cross-training activity, and learn more about local tennis opportunities.”

The first 25 players to register and attend will receive an official US Open player towel. All attendees will automatically be entered in raffles to win gift bags and prize packs including bags, shirts, hats, balls, towels, blankets and one- to three-year USTA memberships.

For those looking to carry on play, information will be available for the upcoming USTA Combo Leagues which begin in September. These are doubles-only leagues where players with different NTRP ratings play together on a team. USTA Florida Combo Leagues are offered in the 18 & Over and 50 & Over divisions.

Winthrop Park is located at 1601 Mitchell Ave. in Tallahassee.

To register for this free tennis event go to www.eventbrite.com/e/usta-florida-team-up-tallahassee-tickets-17862236430. 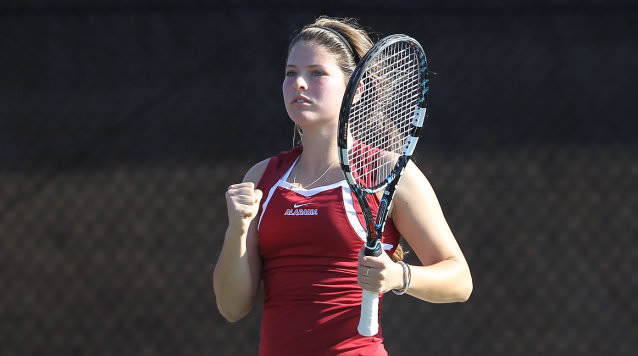 The event was part of the regular-season wrap-up for the 2015 ITA Summer Circuit, presented by the USTA. Next up is the ITA/USTA National Summer Championships, which will take place Aug. 8-11, 2015, hosted by Indiana University.

Since its inception in 1993, nearly 30,000 men and women have competed in the ITA Summer Circuit, presented by the USTA. Providing college and junior athletes (along with alumni) the opportunity to compete in organized events year round, the circuit remains open to anyone who is a current ITA member. There are nine regional circuits that span across the United States, which include 36 different tournaments.

For more info go to www.itatennis.com/Events/ITA_Summer_Circuit.htm.