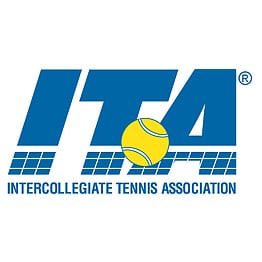 The Intercollegiate Tennis Association announced the 2015-16 Division I and II national award winners during the respective NCAA Tennis Championships in Tulsa, Ok., and Denver, Co.

Brooke Austin of the University of Florida (Gainesville) was named the women’s ITA Player to Watch.

The 2015 national Rookie of the Year, Austin had a stellar sophomore campaign for the Gators. She is currently ranked No. 4 in the Oracle/ITA singles rankings. Austin has played No. 1 singles for the Florida Gators since her arrival in Gainesville. She is a two-time SEC Player of the Year (only the third in conference history to win back-to-back Player of the Year honors); 2015 SEC Freshman of the Year; 2015 & 2016 First Team All-SEC, 2015 & 2016 SEC All-Tournament Team; 2015 SEC All-Freshman Team; 2015 Honda Sport Award for tennis nominee; 2015 All-American in Singles and Doubles; 2015 ITA National/Southeast Region Rookie of the Year; 2015 USTA Collegiate National Team player; one-time SEC Freshman of the Week; and three-time SEC Player of the Week.

Benjamin Lock of Florida State University (Tallahassee) was named the men’s ITA Most Improved Player of the Year.

Lock is in the Top 6 in all-time singles and doubles wins in FSU history. He achieved a career-high Oracle/ITA ranking of No. 9 in singles on April 19, while back in 2014 reached No. 4 in the national doubles ranking. Won the consolation draw at the 2015 USTA/ITA National Indoor Intercollegiate Championship. He posted 15 singles wins against ranked players this season, and four wins against Top 6 doubles teams this year, and was a first team All-ACC selection. He worked his way from the No. 6 singles position as a freshman to the No. 1 singles position as a senior.

Christopher Frusci of Saint Leo University (Saint Leo, Fla.) was named both the men’s and women’s Wilson/ITA Coach of the Year.

Frusci guided the women’s team to their first SSC regular-season championship with an 8-0 conference record. Saint Leo concluded the regular season 20-1 and with a No. 2 national ranking. They also earned the No. 1 ranking in the South Region for the first time. He guided the men to the top of the Division II Oracle/ITA Collegiate Tennis Rankings as the Lions reached the Division II NCAA Tennis Championships for the first time in program history.

Natalia Siedliska of Saint Leo University was named the women’s ITA Rookie of the Year.

Siedliska is currently ranked No. 5 nationally in singles and No. 2 in doubles. Entering the season championships she held a singles record of 15-2, and a 16-1 mark in doubles. She won the ITA South Regional Championship in singles, and defeated seven ranked opponents in singles this year.

Onila concluded the 2016 regular season with an 11-3 singles record and No. 3 national ranking, and posted a 16-1 mark in doubles with Zuza Maciejewska to reach No. 8 in the rankings. A two-time All-American in singles and three-time All-American in doubles, she’s earned All-Sunshine State Conference honors in singles and doubles in each of the previous three years. Her 74 career doubles victories ranked third all-time in Barry history, while her 52 singles wins are 13th-best in the history of the program. She is a two-time Barry Female Athlete of the Year, and helped Barry to the 2014 NCAA Division II National Championship.

Uryson reached the quarterfinal round of the 2015 ITA Regional Championships and won the singles title at the Juan Varon Memorial Tournament. He is currently ranked No. 7 in singles and No. 19 in doubles. He was selected as the South Region Player to Watch in 2015.

To see all the awards go to www.itatennis.com.

The annual Tennis4Cancer Men’s and Women’s Doubles Championships will be held on June 24-26, 2016 at Eagle Harbor Tennis Center in Fleming Island, Fla., outside of Jacksonville.

The sixth annual event will benefit the American Cancer Society’s Hope Lodge of Jacksonville and the Rotary Club of Orange Park Sunrise Charities. The tournament has donated $125,000 to charity over its five-year history.

Registration closes on June 17, with a 32-team maximum in each division.

For more info or to enter go to www.tennis4cancer.org.