“I’m truly honored to have not only represented my country, my faith and my family in this unbelievable event, but I’m even more honored to have been chosen as the Team USA Head Tennis Coach for a second time,” said Rubinstein.

42 nations from around the world competed in the European Maccabi Games, which are held every four years and celebrate the best Jewish athletes from around the world. An overall 2,500 athletes participated in 20 different disciplines. Team USA brought 223 athletes to the games, with 14 players representing Team USA Tennis in the Junior, Open, and Master’s Divisions. 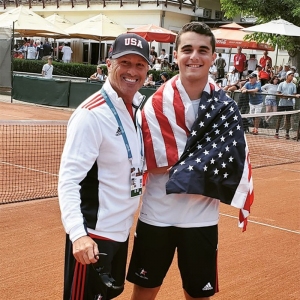 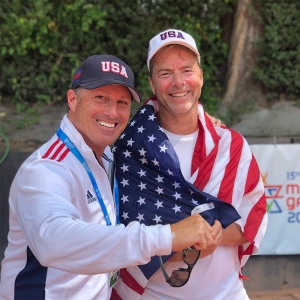 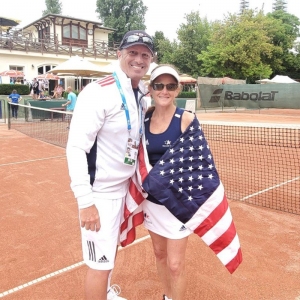 Maccabi USA aims to build Jewish pride by connecting athletes, volunteers, and supporters with the global Jewish community through sports and the powerful camaraderie of competition. The organization uses athletic, educational, and cultural experiences to build Jewish identity, perpetuate Jewish continuity worldwide, and strengthen support for the State of Israel.

This Friday our team members bring in Shabbat || from medals, to competitions, to touring, Team Maccabi USA is having an incredible time in Budapest!

“I coached the World Games in 2017 and the experience was unlike any I could have ever imagined,” said Rubinstein. “These Games were just as exciting, as the new connections and relationships formed will last a lifetime! Thank you to the Maccabi USA organization for the opportunity and to my players and their families for trusting me in the process, I couldn’t be more proud of and excited for each and every one of them!”

For more information on the European Maccabi Games go to www.maccabi.org/sport/european-maccabi-games.