Clearwater served as host of the 24th annual Florida Senior Games for its 24 sports for athletes at least 50 years old. It was the first time the Olympic-style competition was scheduled in the Tampa Bay area since its inception in 1992.

Innisbrook Resort was chosen to host the tennis competition in men’s and women’s singles, doubles and mixed doubles. Over 120 players competed in the three-day event.

The other six gold medals were earned in singles by Teresa Thompson in the 50-54 division and Dee Dolson in 55-59. Doubles winners, along with Beck & Mike Kowal in 50-54 and Burns and Chip Gamble in 75-79, included Terry Tetzlaff and Richard Whissel in 70-74, Anne Pulley and Jenny Bell 50-54, Emily Signoracci and Debbie Dawson 60-64 and Ann Worthington and Susan Hobbs 65-69.

The 2016 Florida Senior Games will again be hosted in the Clearwater area Dec. 3-11 with Innisbrook selected to host the tennis competition.

For more information, go to www.floridaseniorgames.com. 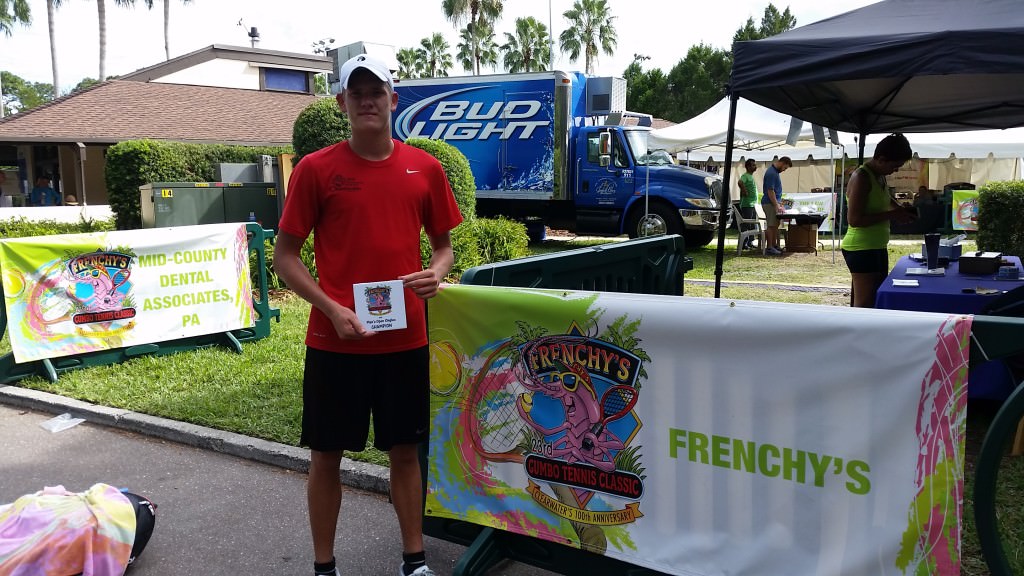 Ambrozy claimed four matches to reach the final against Michael Basile of Lakeland where he battled to a three-set victory. 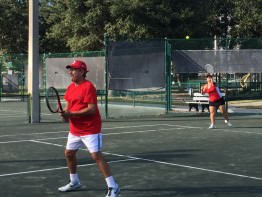 The 6th Bangladesh Bash was hosted at Treasure Bay Tennis Club and included fun and competitive tennis, raffle and silent auction items and a BBQ.

Nearly $4,000 was raised for the Char Fasson Children’s Fund to assist an orphanage in Bangladesh.

The Fund is the brainchild of Lesley Siemens, a registered nurse and child advocate, whose visit to Asia a few years ago prompted her to volunteer with the orphanage that includes about 70 children.

The first-place finisher was Luis Ferrey of Brandon, followed by Binet Martin in second and Jeff Nemeth third. 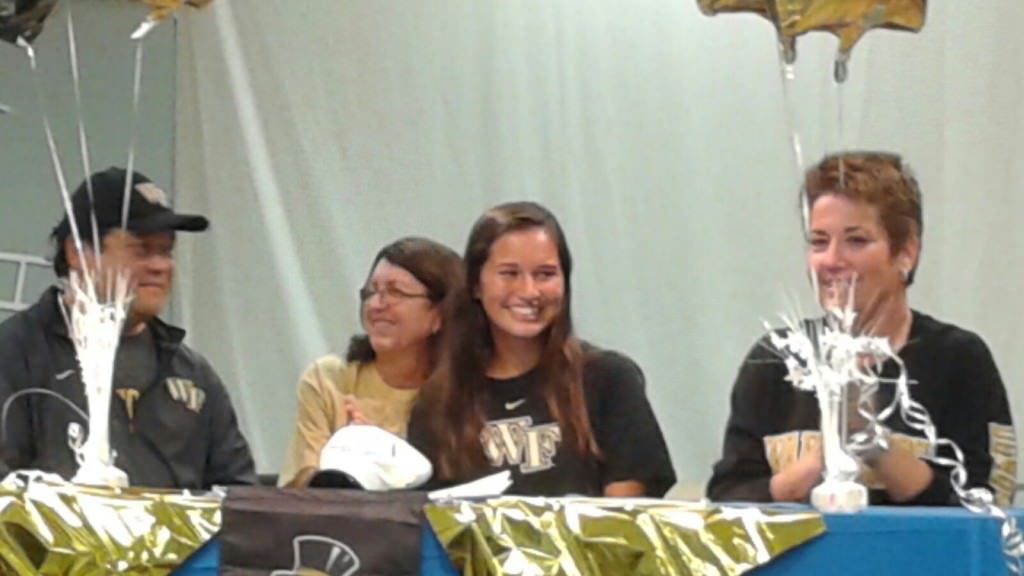 Largo High School senior Alexis “Lexi” Franco made it official when she signed a National Letter of Intent to play tennis for Wake Forest University.

The 5-Star recruit has been ranked as high as No. 22 in Tennis Recruiting Network and is No. 9 in the USTA Florida Rankings. At Largo High, Lexi has won district and regional singles titles and played to the Class 3-A doubles final.

Lexi will join her sister Yasmin, a red-shirt sophomore at the University of North Carolina-Greensboro, in Division I college competition.