For the second year in a row, Florida’s own Brittany Tagliareni and unified partner Liam Gomez took home the top trophy at the 2019 USTA Adaptive National Championships held at the USTA National Campus Oct. 12-13, 2019. 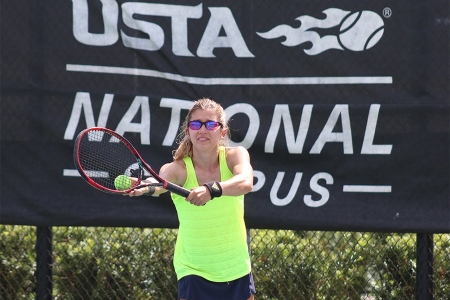 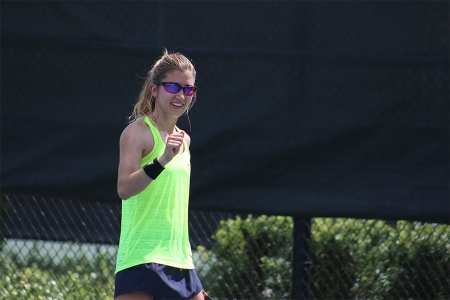 20 teams from 11 USTA Sections participated in the 2019 Adaptive National Championships. The event featured unified doubles, with one athlete (a player with an intellectual disability or special needs) teaming up with a unified partner (a player without an intellectual disability). Each team competed against one another in round-robin play, and winners were determined by which team won the most games in timed matches.

The final rounds of the USTA Adaptive National Championship are underway at the USTA #NationalCampus. #USTAEmbraceAll pic.twitter.com/jW3ziiojsz

A very big #CONGRATS🎉 goes out to our own Brittany and Brett for qualifying. Brittany and her unified partner Liam Gomez went on to take home the trophy! #USTAEmbraceAll #USTAFlorida

“It was an honor to play in this tournament again and I really enjoy getting to play with Liam,” said Tagliareni after the event.

The top 5 doubles teams at the USTA Adaptive National Championship were recognized after a great weekend of play at the USTA #NationalCampus. #USTAEmbraceAll pic.twitter.com/r5XSg1YfrI

USTA Florida believes everyone can play the sport of tennis regardless of age, environment, condition, or ability. To learn more about our initiatives promoting tennis for all, click here.