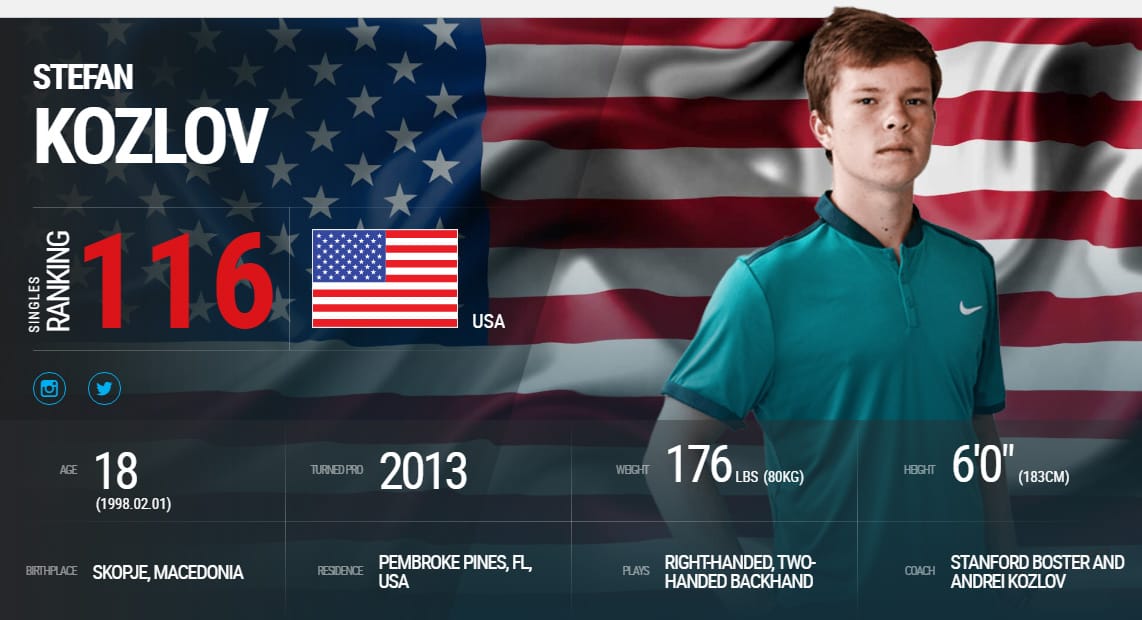 Every tennis age group or level is a challenge in the competitive Florida junior landscape.

From absolute beginner to orange ball to green-dot ball to full court with the standard yellow ball. From 36-foot court to 60-foot court to the full-size 78-foot court, and age-appropriate junior racquets to adult sizes.

Teenager Stefan Kozlov of Pembroke Pines has scaled that Florida junior tournament mountain at just about every level. He first took the court at an official USTA tournament in 2004 at the Elks Jr. Rookie Tournament in Delray Beach, according to Tennislink, where he upset the No. 1 seed to win the title.

“I played pretty much everything — the Super Series, the designateds, the regionals, state closed, everything,” Kozlov told USTA Florida earlier this month. As a junior prior to the roll-out of the USTA’s 10 and Under Tennis format in the U.S., his father, tennis coach Andrei Kozlov, started him with his own version of an age-appropriate shortened racquet.

“I played the state closed [now called the USTA Florida “Bobby Curtis” Junior State Championships] a lot when I was younger.”

Twelve years after that first USTA rookie tournament debut, the now-18-year-old Kozlov has a first pro Challenger-level tournament title win, at the Columbus Challenger in November, and he’s nearing his goal of cracking the Top 100 on the ATP Rankings.

Now it’s a whole other world for the once-diminutive junior, who only last year shot up to six feet at the age of 17. 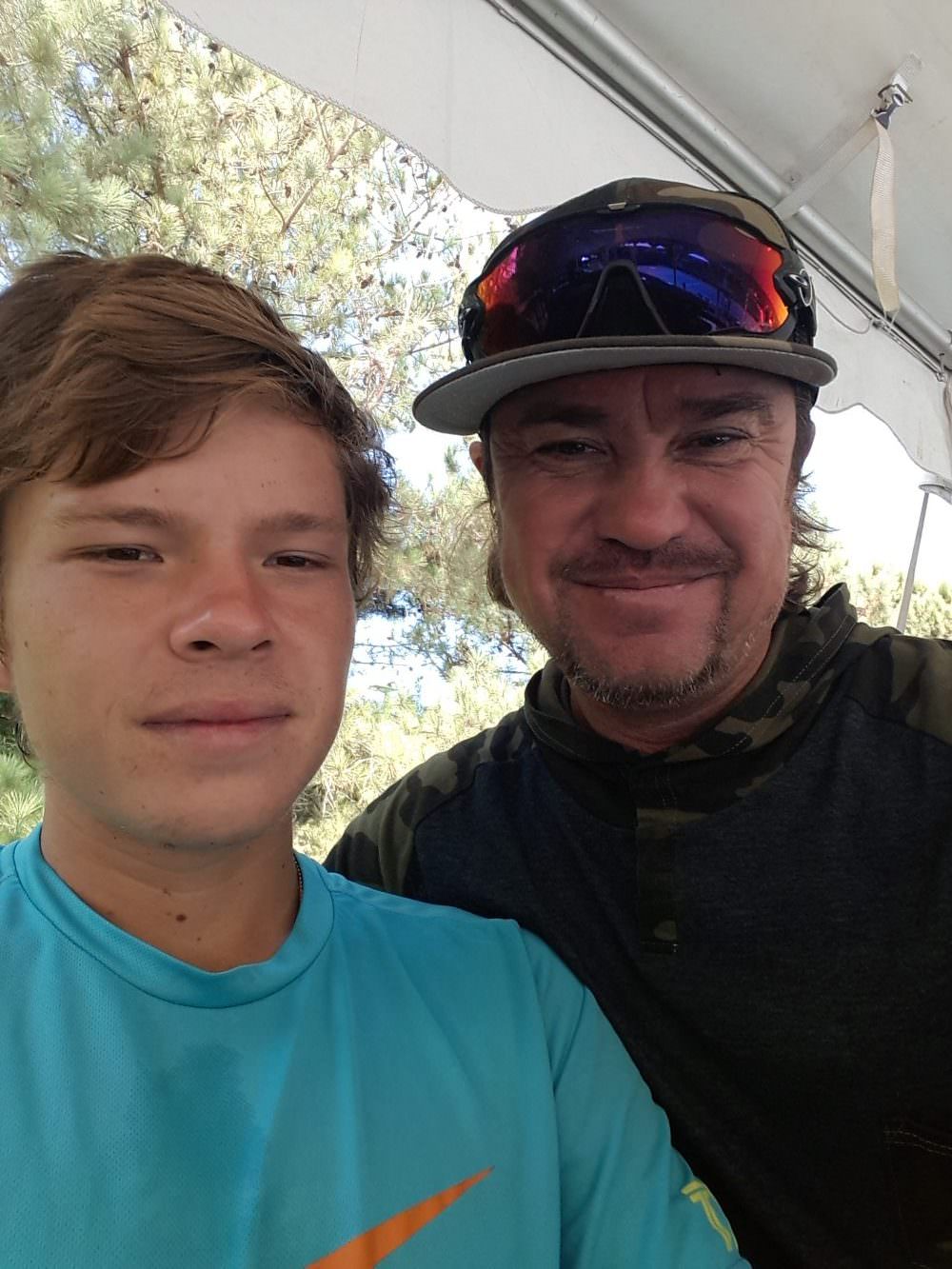 Stefan and his father Andrei

“Florida tournaments helped for Stefan, because he all the time played with older-age players in tournaments,” said his father Andrei.

These days, competing on the USTA Pro Circuit and at ATP events, the teenager can face anyone anywhere from his own age up to 30-year-old veterans looking for a career resurgence.

“Right now, [the competition is] so much different for Stefan,” Andrei said.

Another difference for the young Kozlov has been game style and shot selection.

As a shorter player in the juniors, he kept opponents on the run with a nasty slice game and inventive angles. But on the pro tour players can power through slice and take advantage of angles to pound winners — which has had Kozlov making a concerted effort to amp-up his power from the baseline.

“I would say my game style has changed a lot, for sure,” Kozlov said. “I’ve been getting older and bigger, and with today’s power game you can’t hit a lot of drop shots and stuff. Now I’m more power and being aggressive. Adapting to the power game, it just comes with time — against the Top 200 players in the world you just have to be aggressive, or you’re not going to win. I think I’ve kept a lot of my slice and my volleys, maybe not as many angle shots as when I was younger. It’s a good mix.”

Working with new coach Stanford Boster, a connection made through the USTA, Kozlov says he will be spending his off season at the USTA’s old training center in Boca Raton.

“We started working together about six months ago and he’s helped my game and taught me a lot,” he said of Boster, who worked with Andy Roddick and Mardy Fish when they were younger players. “We work really hard and he’s a great coach. I’m happy with the way it’s going. And my dad, he is helping me as well.” 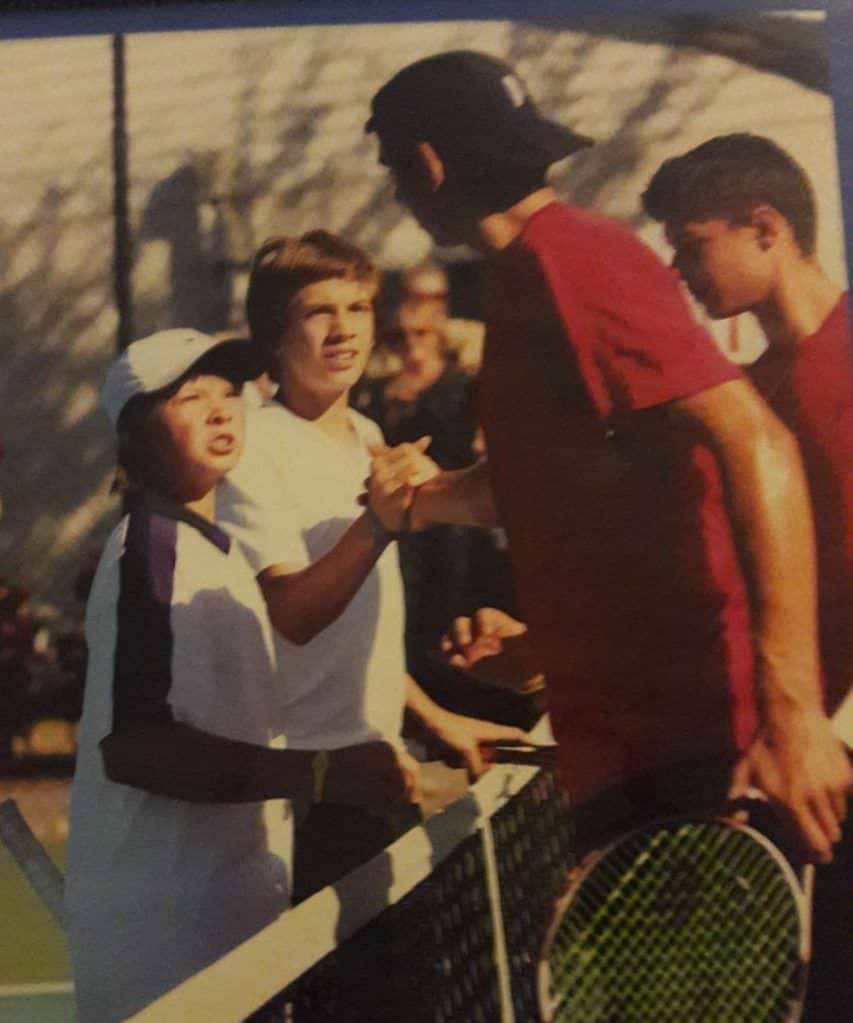 Stefan, bottom left, as a junior on the Florida tournament circuit

He’s looking forward, he says, to seeing the 100-court USTA National Campus in Orlando and using it to train in the future. One goal for 2017 for the teenager is to qualify for the ATP World Tour’s new Next Gen ATP Finals, which will feature eight of the top under-21 age players on tour according to the ATP rankings at the end of the season.

“I think it’s a great idea, there’s so many U.S. up-and-coming players on the ATP that can make that tournament,” said Kozlov, who is in the same rising age group as fellow American up-and-coming teens such as Taylor Fritz, Frances Tiafoe, Michael Mmoh, Reilly Opelka, Ernesto Escobedo, Noah Rubin and Jared Donaldson. “It could end up being mostly Americans.”

For now he’s training for January to test himself against the top players in the world when the ATP World Tour kicks off the 2017 season in Australia. He’ll play the qualifying tournament at the ATP Brisbane event, then the qualifying at the Australian Open.

He’s ready to put in the work to grind out wins in tournament qualifying and make a splash at an early age, something he’s used to.  Winning in your very first outing at a Florida USTA tournament as a six year old will do that for you.

To see more on Stefan Kozlov’s rise up the rankings this year go to www.atpworldtour.com/en/players/stefan-kozlov.