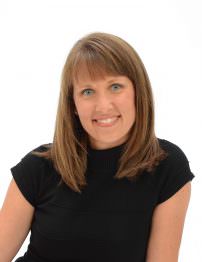 In two short years Tricia Kruse has taken both the Montessori School of Pensacola and the surrounding Pensacola tennis scene to greater heights.

In addition to expanding tennis at the pre-K through middle school institution, she has made a concerted effort to raise the profile of tennis and increase junior tennis participation in her area of the Florida Panhandle.

She has hosted “Traveling Tennis” during popular monthly food truck rallies, at both the quarterly First City Art Center community nights and at a Pensacola Chamber of Community Day. She has hosted two community tennis fundraisers benefiting local charities, and volunteered to captain a team during the local Junior Team Tennis season.

“I look forward to adding to our community support program as well,” she says. “I am currently working with the Independence for the Blind of West Florida after being inspired by an article about blind tennis in the USTA Florida weekly e-newsletter. I am also working with local USTA Florida Tennis Program Coordinator Tara Dominguez to develop the Montessori School of Pensacola as a site for Junior Team Tennis teams to practice and build skills year round.”

She participated in a 10 and Under Tennis Training in 2015, and this year hosted a regional training.

Kruse has also taken advantage of grants available from the USTA Florida Section Foundation that went towards two permanent 36-foot courts for kids at the school.

“To a small private school, funding like that makes a huge difference,” she says. “Additionally, receiving regional funds for the 10 and Under Tennis program to improve our visibility within the community will yield long-term results. However, money hasn’t always made the biggest impact. The support from our USTA Florida regional representatives, George English and Tara Dominguez, is invaluable.

“These [36-foot kids’] courts make sense for young children. Their perception and motor skills are different from adults. The courts are like bumpers on a bowling lane or a lowered basketball hoop.”

English says when the Montessori School of Pensacola purchased the shuttered clubhouse of the Pensacola Racquet Club seven years ago for additional classroom space, and also four of the tennis courts, since then Kruse has “expanded tennis beyond the day-to-day activities of the school by offering Play Days, Kids’ Tennis Clubs, and Junior Team Tennis.”

“Their courts are the first and only permanent 10-and-under courts anywhere in the Florida Panhandle,” English says. “Tricia understands the importance of helping children be active and has single-handedly made the Montessori School to be known as a ‘tennis school.’ Tricia has become one of the biggest supporters of tennis in the Pensacola area and is willing to help promote tennis in any way possible.”

Her school-related activities since coming on in 2015 have included integrating tennis into the physical education curriculum, hiring a USTPA certified head coach and aligning development with the 10 and Under Youth Progression Pathway, developing a professional growth program for her coaches, designing and implementing long-range plans for facility improvements, implementing a “Tiny Tots” program for 4 year olds, and diversifying tennis programming with yoga tennis, birthday parties and tennis for seniors.

It all started last year when a coaches contract at the school was not renewed, and it looked like the program might come to an end with no replacement.

“When the contract was not renewed, my lifelong love of the sport drove me to volunteer to manage the program, rather than possibly see it end,” Kruse said.

USTA Florida thanks Tricia Kruse as the December Tennis Volunteer of the Month for sharing the popularity of her youth programs with the community of Pensacola and raising the area profile of youth tennis.