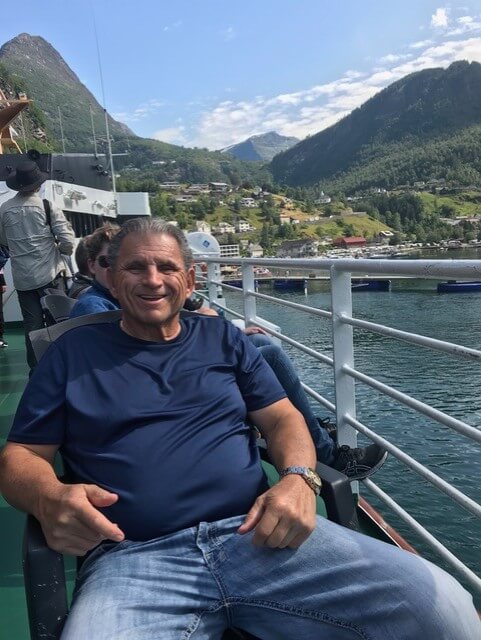 Unstoppable Les Liese has a personal goal to make more appearances at the USTA League National Championships than appearances on the surgical table during his 73 years — and thus far the Parkland resident is winning.

He had a head start at qualifying for nationals as his USTA League experience dates to…well, when USTA Leagues first began in the 1970s.

“When USTA Leagues started I became a captain and sent a team to states and nationals every year,” the native New Yorker said. “I moved to Florida in ’96 and started winning down here. We just went to the 55 & Over sectionals and are going to my 35th nationals. I enjoy seeing success and it’s what keeps me young.”

The nationals tally is staying ahead of his current double-digit number of surgeries.

“I am 73 and have had 19 surgeries, just trying to stay on the court,” said Liese, whose primary love is being a USTA League captain. “But I’ve seen the faces of tennis players who win sectionals, and my one and only national championship at Orlando — those guys who played will never forget their weekend.”

His latest project has been growing a tennis center from scratch.

“Parkland Tennis Center has been open two years and I run the men’s tennis program, sell the memberships — I created a club where play is for members and USTA teammates four times a week,” he says. “It’s a dream club.”

In only its first two years the club has this year won three state sectionals titles, advancing to nationals including the 65 & Over, and last year had six teams at sectionals and four at nationals. In 2017, the first year of the new Parkland Tennis Center, his 55 & Over team won sectionals, and his 40 & Over team won the USTA League National Championships title.

“Not bad for a new club,” he said. “In two years we have been already this year won multiple state sectionals and are going to nationals, and we had six sectionals last year and four nationals. This year my teams are going to two nationals so far, and lost one sectionals by one set.”

He also organizes round robin play at the Parkland Tennis Center to keep his players on the courts between matches. “We practice — my teams know how to play doubles, and they know how to win,” he says with New York bravado. “After all, if winning isn’t important, why keep score!”

Roughly five years ago he made a comeback from his biggest injury challenge — undergoing open-heart surgery with five bypasses. Referring to it as just another “injury,” the former top-level salesperson was soon back on the court captaining teams.

“I love the USTA and have devoted 69 hours a week to it,” says the competitive Liese. “I am retired now, but I was a salesman for 47 years for a Top 100 company, Pitney Bowes, and I was their best salesman also — what else!”

USTA Florida thanks Les Liese for his years of promoting tennis, introducing new players to the game, and growing USTA League tennis in the Parkland area.

My earliest tennis memory was…”when I was 30 years old I picked up a racket for the first time and knew this was for me. I played football and basketball in college, tennis ever since.”

If I could play tennis with three people, they would be…”my boys at Parkland.”

When I am not playing tennis I am…”coaching baseball, being a gardener, grandfather, politician at times, guidance counselor.”

My best tennis memory is…”Being ranking No. 4 in the 35s in the Northeast, winning nationals with my boys and playing in sectionals and nationals.”

I like to volunteer in tennis because…”I love sports and developing people.”