USTA Florida league teams had a banner weekend at USTA League National Championships across the country as three teams brought home national championships, and one team was narrowly defeated for a second-place finish.

The Parkland men, who play out of Quigley Park, in the 40 & Over 4.0 championship match edged a team from USTA Middle States (Ambler, Pa.) 3-2 at the USTA National Campus in Orlando. Earlier in the day the Parkland men defeated a team from USTA Southern (New Orleans) 3-2 in the semifinals. They advanced to the semifinals by winning their round-robin flight contested Friday and Saturday. 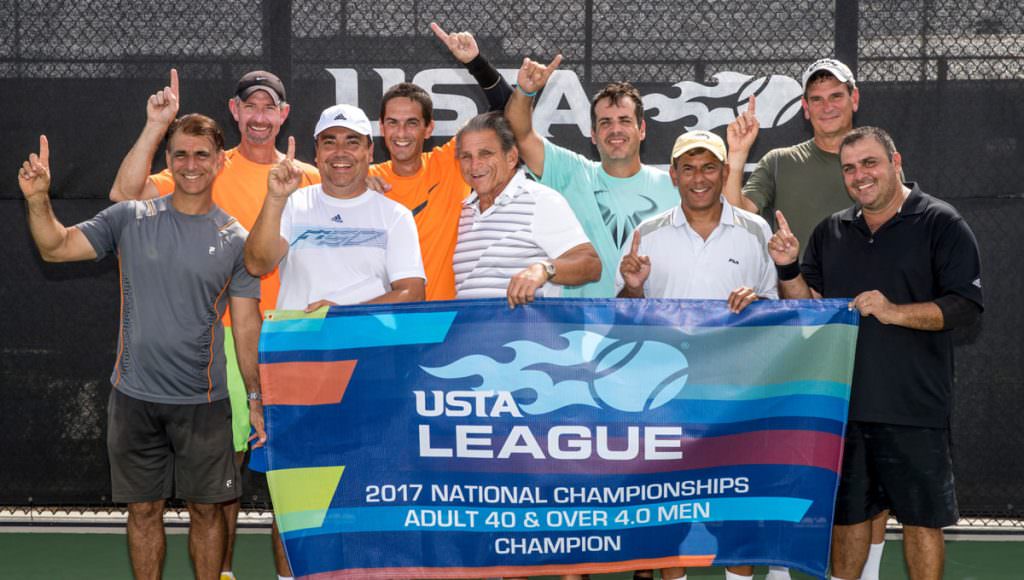 The Tampa women, who play out of Harbour Island Athletic Club, in the 40 & Over 4.5 championship match were named co-champions along with a team from USTA Southern (Louisville, Ky.) after a rain-out at the Mobile Tennis Center in Mobile, Ala. In the semifinals the Tampa squad defeated a team from USTA Eastern (Rye, N.Y.) 3-2. They advanced to the semifinals by winning their round-robin flight contested Friday and Saturday. 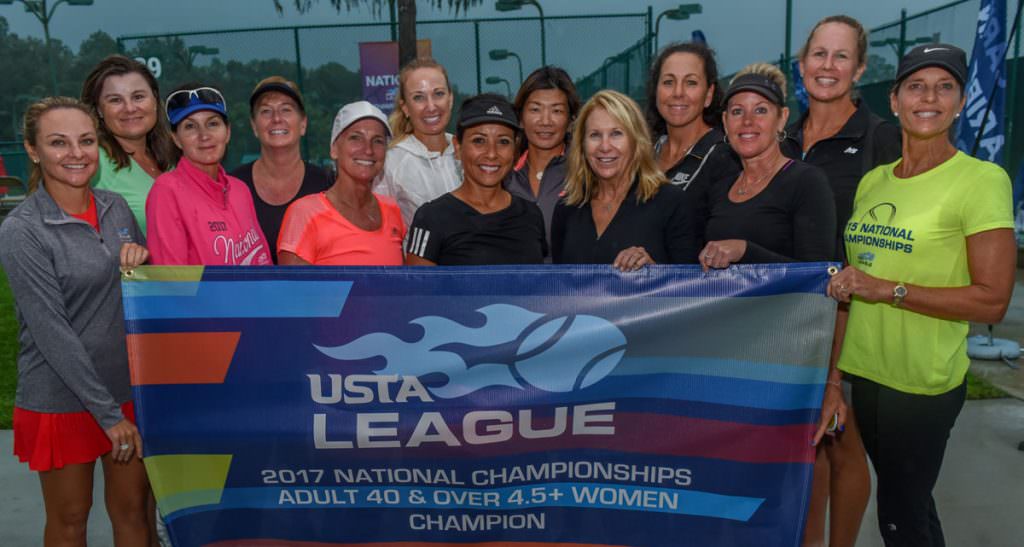 The Jacksonville women, who play out of the Florida Yacht Club, were also in rainy Mobile and were named co-champions with three other teams — Chesterville, Mo.; Bellevue, Wash.; and Memphis, Tenn. — when the semifinals and finals were rained out at the USTA League 18 & Over Women’s 2.5 National Championships at the Mobile Tennis Center. 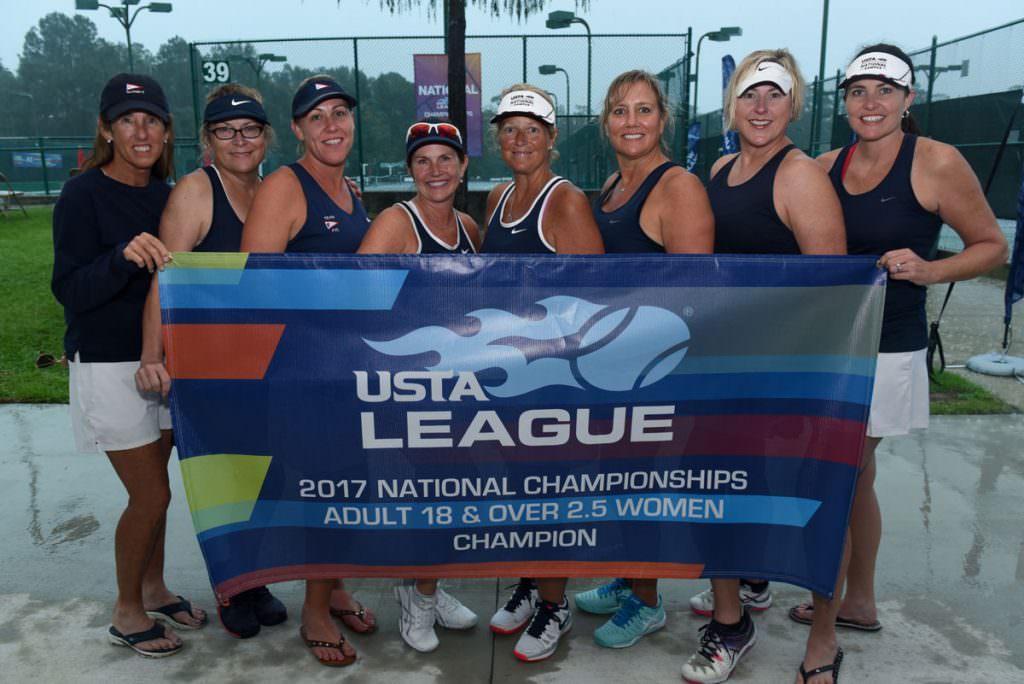 Finishing runner-up at the USTA League 18 & Over 3.0 National Championships were the 3.0 ladies out of the Fishhawk Ranch Tennis Club in Lithia.

The Lithia ladies in the final fell to USTA Northern California (Vacaville) 3-2 at the Surprise Tennis & Racquet Complex in Surprise, Ariz. Earlier in the semifinals the Tampa women defeated a team from USTA Texas (El Paso) 3-2. They team advanced to the semifinals by winning their round-robin flight contested Friday and Saturday. 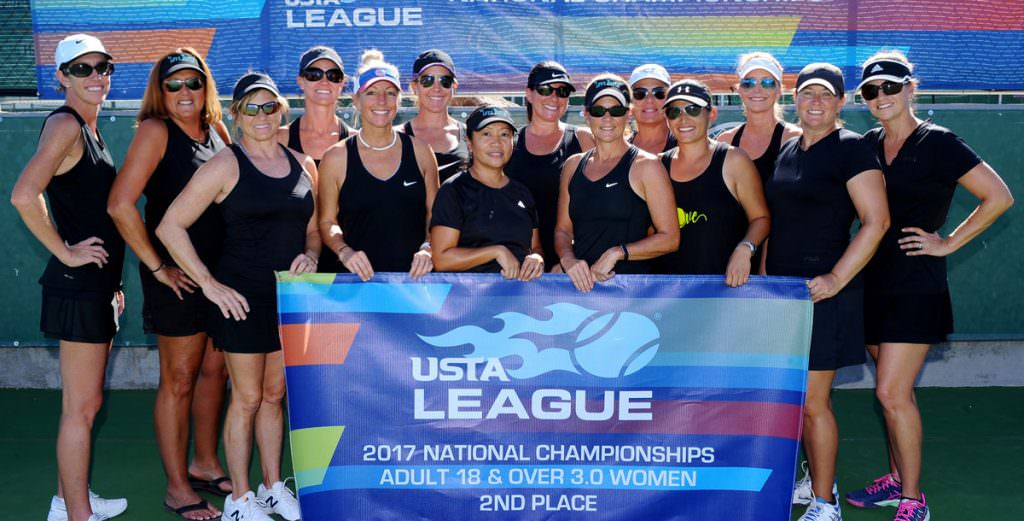 Established in 1980, USTA League has grown from 13,000 participants in a few parts of the country in its first year, to over 915,000 players across the nation today, making it the world’s largest recreational tennis league.