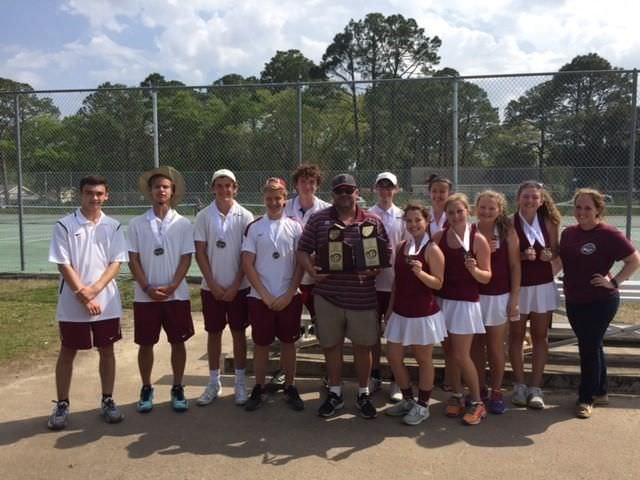 The first-ever appearance of the boys and girls Pensacola High School (PHS) Tigers at the FHSAA State Tennis Tournament resulted in first-round losses for both teams, but the memories of the event and the possibilities for the future loom great.

Both teams lost to Jacksonville Stanton but looked forward to making a return trip next year.

In addition to the Pensacola Catholic and PHS teams that made state, several individual boys and girls singles and doubles teams went to state as well by virtue of their winning the district titles.

Individual doubles players included 3A Boys — Essary/Joel Boles (Gulf Breeze) and 3A Girls — Emily Dawson/Abigail Lipnicky (Washington). Dawson/Lipnicky won a round before falling 7-5, 6-2 to top-seeded Melbourne. In 1A Girls doubles, Nowak/Frances Taylor had a very good run, winning two rounds before falling in the semifinals to Riviera Prep of Miami.

Congratulations to all the players and teams who made the state tournament.

Pensacola Catholic tennis team member Eric Masterson was announced as one of 24 students-athletes on the 22nd Annual Academic All-State Team. The group will be awarded $40,000 in scholarships this year.

To be nominated for this esteemed honor, a student must be a graduating senior who earned a varsity letter in at least two FHSAA-recognized sports during his or her junior and senior years while maintaining an unweighted GPA of at least a 3.5 on a 4.0 scale. This year, 165 students were in the applicant pool. Nominees were critiqued on their academic record, athletic participation, non-athletic activities, community service and essay.

Masterson carries a 3.98 grade point average and is 5th in his class of 147. He earned a varsity letter in soccer as well as tennis.

The Academic All-State Team will be honored June 13th in Gainsville where each will be presented with a $1,350 scholarship. One female and one male recipient will then be honored as Scholar Athlete of the Year and receive an additional $3,800.

The four-time USTA Florida Adult Tournament of the Year must be doing something right to draw so many players when the event is not a prize money or Category II national event. This year’s event was again plagued by rain on the first two days of the tournament. However, after those two rainy days, the weather cooperated and Sunday’s final day was perfect.

Three young ladies were among the highlighted players of this year’s tournament. Eighteen-year-old Tara Sheldon of Bowling Green, Ky., was the #1 seed in the women’s singles and had a real battle with #2 seed Amy Russell in the final, with Sheldon winning 3-6, 6-3, 6-3. Russell’s two daughters, Raegan (13) and Blaeke (15) were also in the women’s open singles and the open mixed doubles. Raegan lost to Sheldon 6-3, 2-6, 6-0 in the semifinals while Blaeke lost to her mom 6-4, 6-4 in the semifinals. 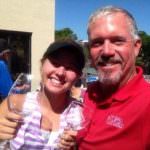 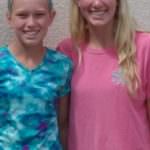 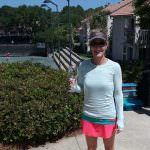 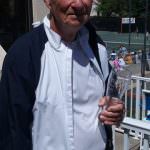 Young Raegan Mitchell, playing with Robert Suski of Rogers, Ark., had a terrific first-round win on center court at Tops’l. The pair downed Tops’l pro Sam Vickroy and Tara Sheldon 6-3, 1-6, 6-4 before a very appreciative crowd. According to Raegan’s Mom, Raegan wasn’t intimidated by the crowd on center court but did count the number of people that came up and told her “good match” afterward! The count was up to 30 the last I heard.

Don Smith of Evansville, In., was the unseeded winner of the Men’s 80 singles. Smith downed local player Stan Wagner 6-1, 6-1 in the first round. He followed up that good win with a 6-2, 6-2 victory over top-seeded William Heise of Baton Rouge, La. In the final, Smith downed Joe Mitchell of Huntsville, Ala., 6-2, 6-2. Smith is actually somewhat of a local since he owns a place at Sandestin, just down the street from Tops’l.

To see all the Helen Drake results, go to: http://tennislink.usta.com/tournaments/TournamentHome/Tournament.aspx?T=174989. 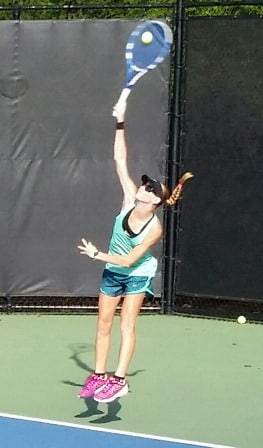 Level 5 junior tournaments were held all around the Ft. Myers area for all the junior age groups. The 32 draw Level 5s are quite hard to get into and five other area junior players participated, including Caraline Scheufler G16 (Gulf Breeze), Patrick Ling and Justin Lyons B12 (Pensacola) and Annalisa Smith G14 (Pensacola).

The next big junior tournaments for area players are a Level 4 in early May in the Delray Beach/Boca Raton area and the Level 3 USTA Florida “Bobby Curtis” Junior State Championships held in early June in Daytona and Altamonte Springs. 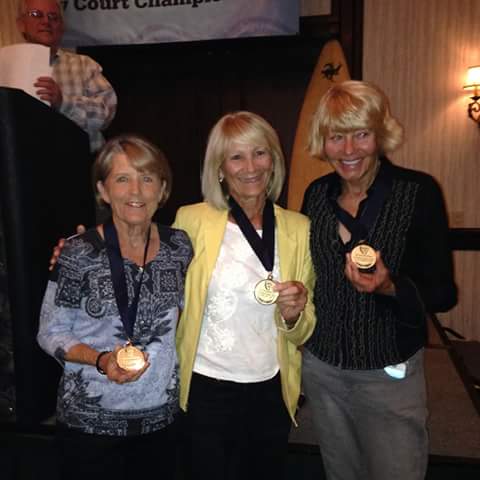 Other Florida Region 1 West players in Baton Rouge were Pam Percy (Panama City) who won a round in the Women’s 60, and Pensacola’s Retsy Wilson who teamed with Cammie Johnson (Excelsior, Minn.) to win two matches at the event.

The 14th Annual Pensacola Pink Ribbon Tennis Tournament was held April 21-23, 2016 at the Roger Scott Tennis Center. This wholly-local event raised over $80,000 again this year for mammograms and other breast cancer procedures for local women who otherwise could not afford them. 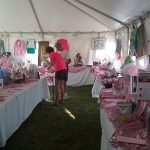 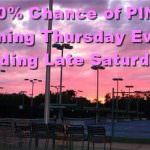 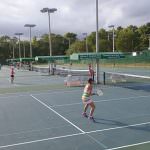 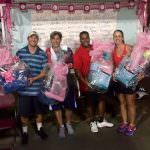 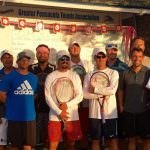 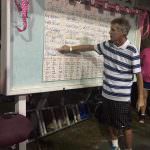 Sakey at the Calcutta Board. 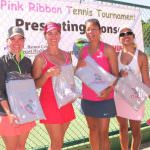 Two compass draws of 64 and 32 teams filled up in 22 minutes at the sign-up in February. The event began with with a pro-am Calcutta and dinner on Thursday evening. The Club II Director of Tennis Brian Sakey ran the event, which featured 10 local pros and three amateurs on each team.

Play began on Friday afternoon for the two compass draws. The format was one 8-game, No-Ad pro set. A little rain knocked out a round Friday evening but the play was made up on a beautiful Saturday to finish the tournament. Winners were crowned in 8 different divisions in each of the compass draw tournaments.

To see many, many pictures of all the activities please check out the Pink Ribbon website at http://www.pinkribbontennis.com.

The Ft. Walton Beach City Council voted to hear proposals from the public concerning the upgrading and running of the Ft. Beach Municipal Tennis Center. The center has come into disrepair over the past several years and the council is seeking ways to keep the 12-court complex running.

In addition to tennis activities there, as many as 100 kids a day use the facility for an after-school safe haven for homework and social activities. Tennis Director Erik Stenberg says they take all kids, even if they can’t afford the $35 seasonal fee.

This coming weekend (April 30) interested tennis players and others are going to have a clean-up fix-up day before the County Middle School Tennis Championships are held next week.

The center has really fallen since its days as a brand-new jewel of the city’s recreation program. The center was built in 1977 using largely federal funds. 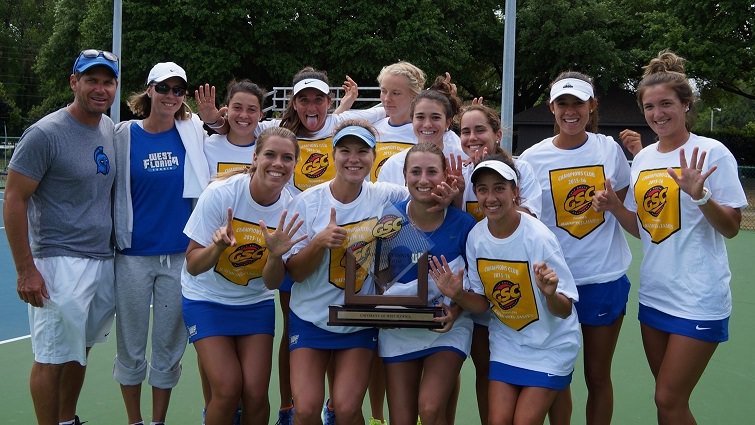 The University of West Florida (UWF) Argo women swept the Gulf South Conference (GSC) both in the regular and post season with a 5-1 defeat of Valdosta State at the O’Connor Tennis Center at Lagoon Park in Montgomery on April 16, 2016.

UWF (22-5) recorded its 16th GSC title and a sixth consecutive title. The win gets the Lady Argos a slot in the NCAA Championships. They will find out where they are headed on May 3rd.

The Argo men were upset by the Valdosta men 5-4 in the conference final. The loss snapped a 52-match win streak against GSC opponents. Their last loss was also to Valdosta in the 2011 GSC South Regional Tournament.

The men’s matches were played at the same time as the women’s matches at Lagoon Park in Montgomery, Ala. They also await a May 3 decision on where they will play in the NCAA tournament.

After winning the GSC Conference title, the women swept the conference individual awards. 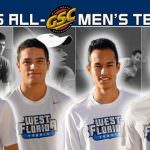 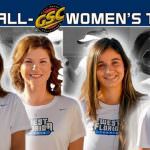 Women’s All GSC, from left, Dikosavljevic, Bubelova, Lopez and Flores. 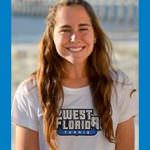 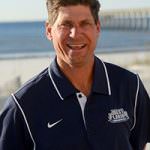 To see more about the ARGO tennis programs, go to www.goargos.com.