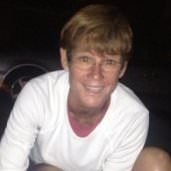 Jacqueline Johnson has developed into a Jill-of-all-trades in nurturing and growing junior tennis in the Greater Daytona Beach area.

Responsible for 10 and Under Tennis, youth, and tournament programming at the Nova Community Center in Ormond Beach, “Coach J.J.” has over the last two years expanded her repertoire to providing tennis in local public and private elementary schools, and in after-school programs.

“I’m currently working on implementing a new scholarship program to bring more diversity to the Nova Community Center Tennis Program,” she says. “As I was recently writing my coaching philosophy it became clear that it was heavily influenced by my local USTA providers, trainers, and coaches I have met through the USTA.”

Coaching, and constantly improving as a coach, is important to Johnson.

She has participated in numerous USTA Florida Early Development Camps, which bring together some of the best coaches from across the state and from the USTA national body to work with some of the top young prospects in Florida. She is also part of the Volusia County Junior Team Tennis Commission, which guides team tennis play in the area.

“I see tennis’ highest level of impact on an individual when that player is part of a team,” says the team tennis advocate. “Being a part of a strong, cohesive tennis team requires a more diverse, multifaceted player. It reinforces the ideals of a healthy, whole person, as one who contributes to the larger society. Overall, players should visualize that the whole is more valuable than the sum of its parts.”

From 2015-2016 she also served as youth tennis director for the Florida Tennis Center in Daytona Beach, growing the USTA 10-and-Under Tennis program to more than 100 students, and working with youth of all ages to advance them into tournament play, Junior Team Tennis leagues, and middle and high school team play. She organized Play Days, Kick-Off events, and implemented and managed a scholarship program through the Florida Tennis Center Foundation that reached out to families that otherwise would not able to participate in tennis activities.

In the Ormond Beach area she currently runs a circuit of entry-level tournaments for youth players, designed to introduce competitors to tournament play in a lower-key, fun environment. She secures sponsors for the circuit, designs marketing materials, and recruits and organizes volunteers.

In January 2017 she will take her talents in even another direction.

“Jackie is taking on a new role, local league coordinator and site director at the Nova center,” says USTA Florida Regional Tennis Service Manager for the Northeast Region Molly Zimmer. “In addition Jackie has become a USTA Florida Level 8 and 9 nine junior tournament director. She is extremely dedicated to the youth progression pathway and promoting kids along with age-appropriate equipment, play and instruction.”

How does Johnson relax? In her “spare time” she is in her 11th year as owner and operator of FIT Gyms, a tennis and fitness facility providing all types of instruction and coaching for all ages, with a focus on junior tennis. She employs six junior staffers, and has sent 10 staffers through the USTA-supported Coach Youth Tennis program of training.

Last month her holistic approach was on display at the season-ending USTA Florida Team Tennis Challenge in Orlando, where she brought multiple teams to compete and enjoy the camaraderie and growth opportunities involved in travel and team tennis. Her “orange ball” team came home with a state championship title.

“My own favorite coach instilled in me that perseverance could defy odds, and he made it clear that he cared about my future after the game was over,” she said. “I would like to be remembered by my athletes as one who cared about them as part of a championship tennis team, but more significantly, that I cared about their well-being and future as contributing members of society.”

USTA Florida congratulates and thanks Jacqueline Johnson as the 2017 January Florida Tennis Volunteer of Month for her countless hours and weekends providing team tennis experiences for Daytona Beach-area youth, both in and out of school.

If I could play tennis with three people, they would be…”Serena Williams, Madison Keys, and Sloane Stephens.”

I like to volunteer in tennis because…”It is fulfilling  to be able to make a difference in families lives. I have recently looked at many ways that are available to give back to my community, but keep coming back to tennis as the most positive and effective way for me to reach the most families.”