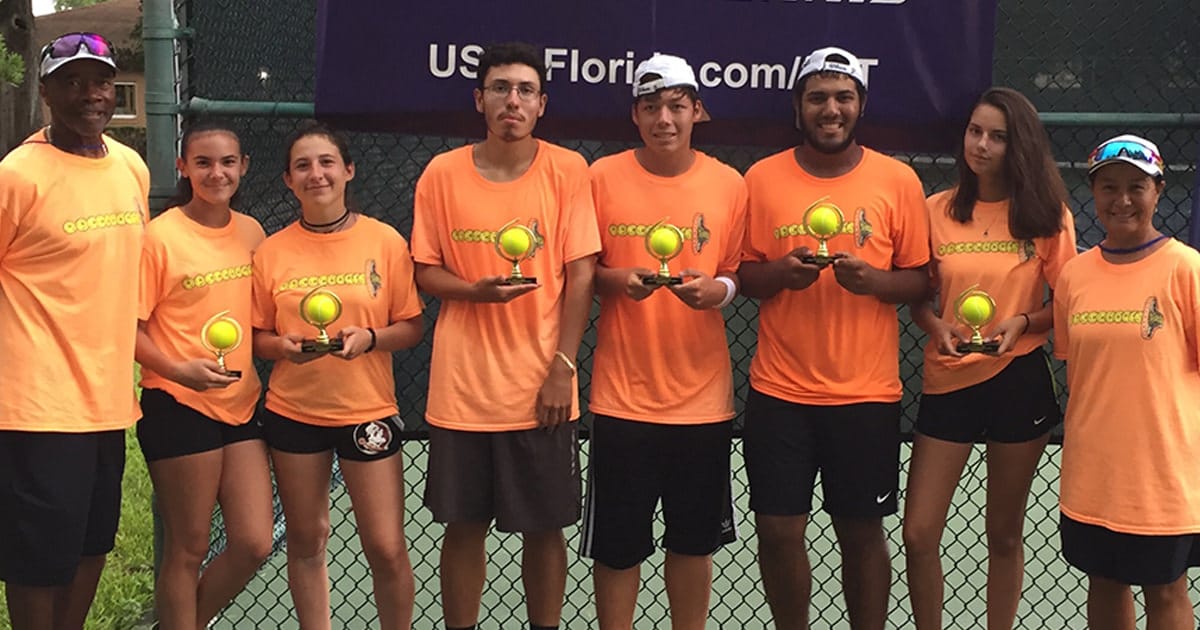 The USTA Junior Team Tennis 18U National Championships brings together the Top 32 teams in the country at intermediate and advanced levels. This is the first time the event will be held at the USTA National Campus.

“We trained harder and played smarter,” team captain Kara Borromeo said after her team won the sectionals championship. “All the players understood that in order to win they needed to play as a team.”

The national championships serves as the crown jewel of USTA Junior Team Tennis, each year determining a national champion in the 14-under and 18-under age divisions in both intermediate and advanced play.

“The National Championships provide an opportunity to celebrate each of these teams who had a similar yet different path to qualify for the event through their respective USTA sections,” said Matt Barnhart, national manager for USTA Junior Team Tennis. “The players really enjoy the competition aspect as well as getting the chance to bond with other players from all over the country on and off the court.”

Florida teams have been national winners in the 18-under intermediate division on two occasions, bringing home championships in 2010 (Miami Dream Team) and 2006 (Treasure Bay Pirates), and once in the 18-under advanced division in 2006.