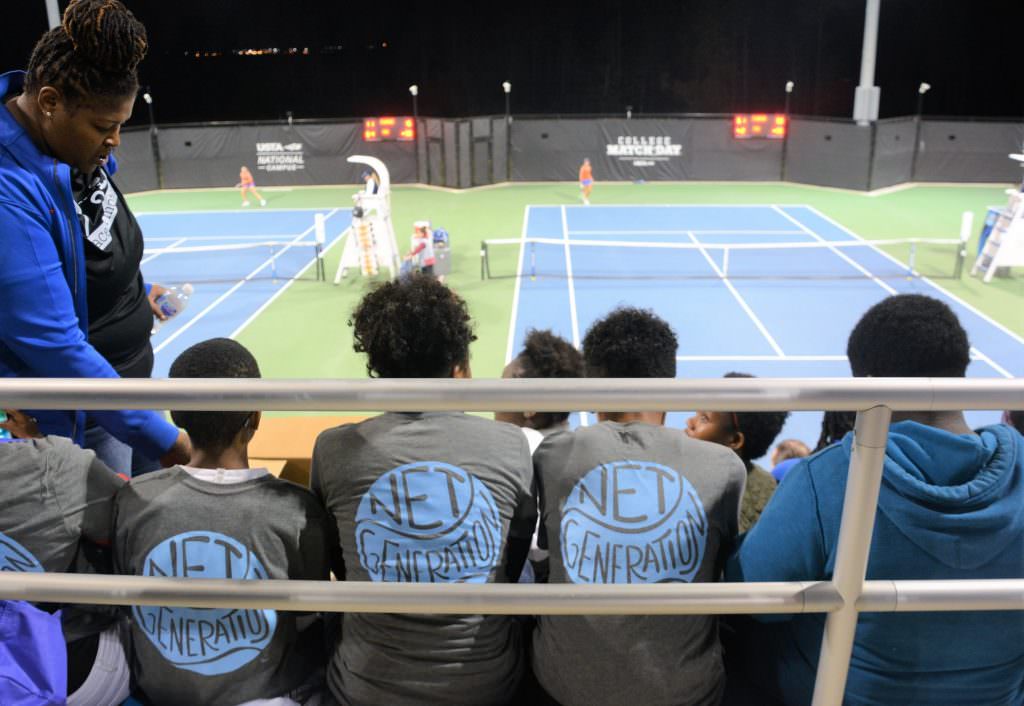 Gainesville children in the after-school Aces in Motion (AIM) tennis program experienced collegiate tennis up close earlier this month when they attended the College MatchDay event featuring the University of Florida versus the Florida State University men and women at the USTA National Campus in Orlando.

The national anthem then a fireworks display kicked off the proceedings that included a kids’ clinic, games and more prior to the start of the college matches that were broadcast live on Tennis Channel.

Gainesville kids from the AIM program also participated in pre-match coin tosses and were player escorts for the UF and FSU men and women. 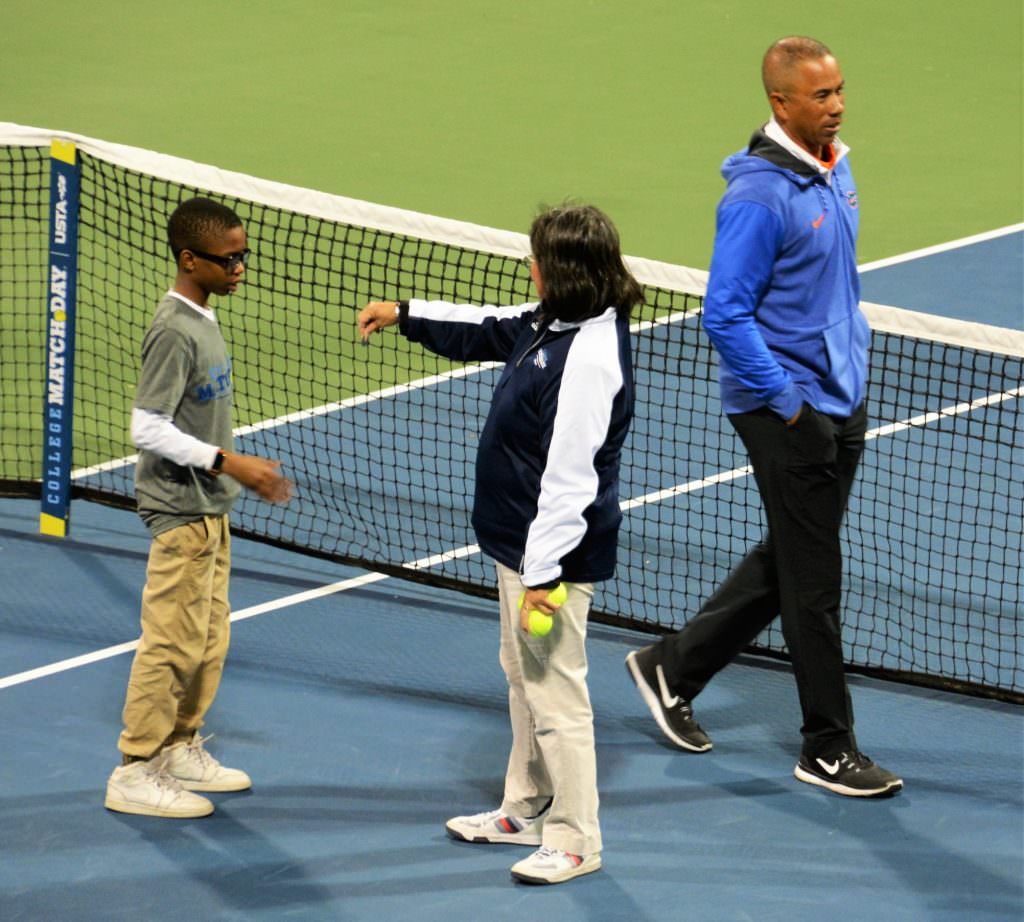 An AIM student participates in a pre-match coin flip

“Many thanks to the USTA and USTA Foundation for their hospitality to our NJTL (National Junior Tennis and Learning network) chapter at the USTA National Campus,” said Anne Koterba of the Gainesville Area Community Tennis Association which oversees the AIM program. “Over 40 AIM participants, staff and parents traveled in a fleet of vans to Orlando on Saturday to support the UF tennis teams as they faced FSU. Our kids had a ball.”

The College MatchDay event featured the USTA’s Net Generation, where local children at USTA Pro Circuit tournaments and other events are given the once-in-a-lifetime opportunity to take part in pre-match coin tosses, be a player escort prior to matches, or play tennis during on-court Net Generation demonstrations.

“The USTA provided a Kids’ Clinic before the matches, gave everyone Net Generation t-shirts, involved our kids in the opening ceremony as well as the coin tosses, and provided food vouchers for them,” Koterba said. “And the kids loved the D.J. A fun night all around. Well done USTA!”

The AIM students didn't want the DJ to feel lonely and unappreciated at College Match Day!

College MatchDays at the USTA National Campus are hosted at the 1,200-seat collegiate stadium, the only off-campus stadium in America built specifically for college tennis. The Florida and Florida State men and women played simultaneously on both sides of the campus’ 12-court stadium.

The AIM group headed back to Gainesville afterwards to prepare for their Saturday, Feb. 24 “Serve and Connect” event, focusing on establishing youth-police dialogues, in partnership with the national USTA Foundation.

“In Gainesville it will be a collaborative effort between the Alachua County Sheriff’s Office, Gainesville Police Dept., River Phoenix Center for Peacebuilding, and Aces in Motion,” Koterba said.