DAVIS CUP CHANGES TO FINAL-SET TIEBREAKS FOR 2016; SLAMS TO FOLLOW? 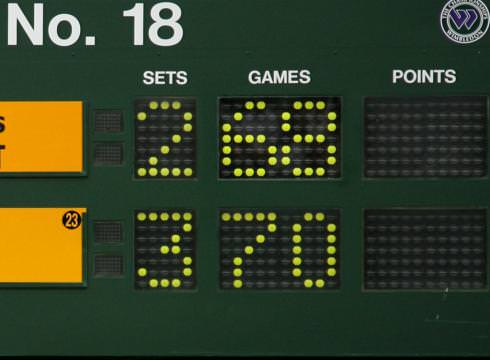 The International Tennis Federation has approved final-set tiebreaks for all Davis Cup matches in 2016, as opposed to playing the final set out and watching players drop from exhaustion. Earlier this year Argentina’s Leonardo Mayer and Brazil’s Joao Souza played a 28-game fifth set during a six hour 43 minute match, which will likely take each player weeks to fully recover from. The US Open is the only Grand Slam event with a fifth-set tiebreak, which avoid epics like the 2010 Wimbledon 70-68 tiebreak between John Isner and Nicolas Mahut, who both admitted was brutal to fully recover from physically and mentally. Since the ITF governs the Davis Cup and Slams, you have to think the Australian, French and Wimbledon will soon follow suit. 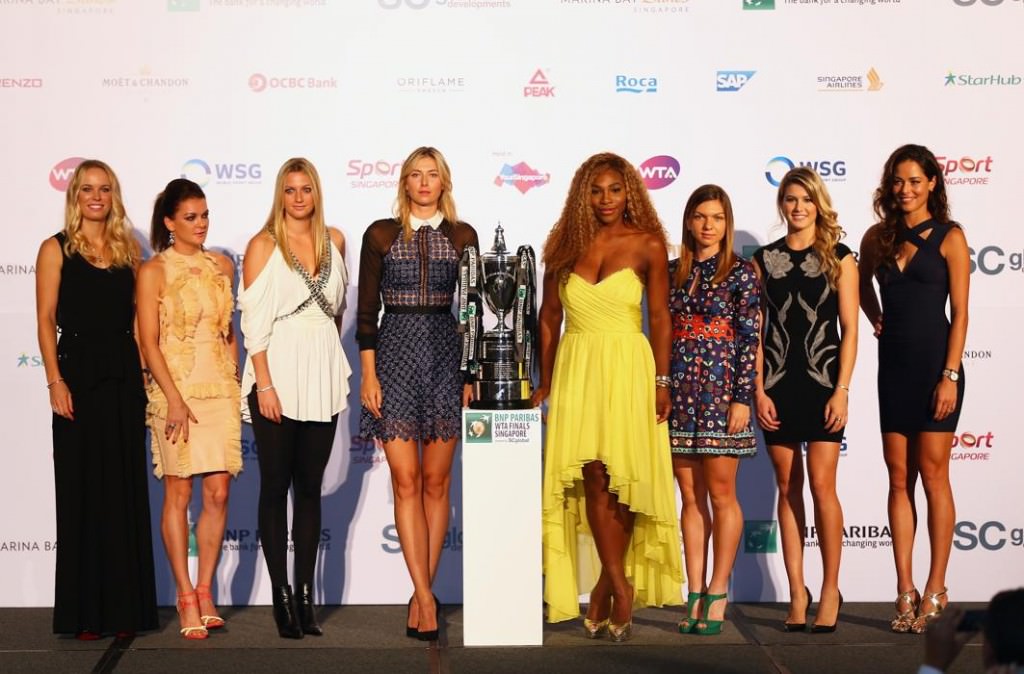 World No. 1 Serena Williams has pulled out, passing on a potential $3 million payout. World No. 2 Simona Halep may be out with an Achilles injury that is not improving. No. 3 Maria Sharapova has a wrist injury and is reportedly ready to call it a year. Add to that other player struggling with injuries such as Garbine Muguruza (ankle), Petra Kvitova (shoulder and glandular fever), Genie Bouchard (concussion symptoms), Lucie Safarova (abdominal tear and bacterial infection) and it could be a thin field of actual Top 8-ranked players at the WTA Finals. Cramming the schedule with events in Asia following the US Open and prior to the year-end championships is becoming a talking point. The good news? Now players such as Venus Williams and rising star Belinda Bencic, just outside the Top 8, are planning potentials trips to the WTA Finals in Singapore. 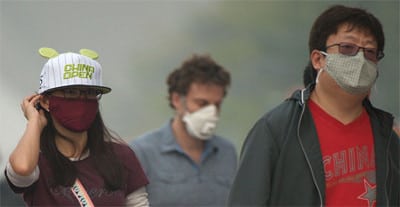 ATP players are not loving the conditions in Beijing this week, with China’s National Meteorological Center issuing a yellow smog alert, and the city called “almost uninhabitable for human beings” by a study carried out by the Shanghai Academy of Social Sciences…Novak Djokovic’s 24-year-old brother Marko has given up on a pro tennis career, but this week the world No. 1 played with his other younger brother Djordje in doubles at the ATP Beijing event…Indian Wells Tournament Director Steve Simon has been named CEO of the Women’s Tennis Association (WTA) after Stacey Allaster stepped down for personal reasons…Investigators determined that NYC police did use excessive force when mistakenly arresting James Blake during the US Open…Rafael Nadal and Novak Djokovic recently stopped in Thailand to reportedly receive approximately $2 million each to play an exhibition match and don the political-favored colors of the military-ruled country. 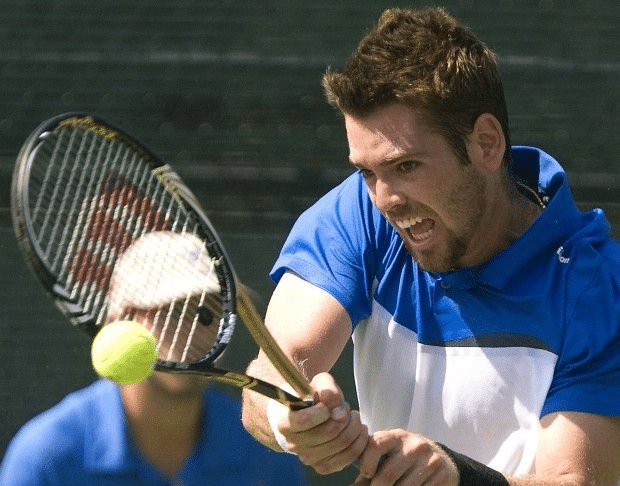 Three American men have positioned themselves for potential upset wins on Friday as two will face No. 1 seeds, and another a struggling former No. 1 player.

In all, four Americans enter weekend play on the tours’ Asian swings, competing at events in Japan and China this week.

Two men and one woman are waving the U.S. flag at the China Open in Beijing, where on Friday No. 6 seed John Isner will meet No. 1 Novak Djokovic, unseeded Jack Sock will face No. 3 Rafael Nadal, and qualifier Bethanie Mattek-Sands will square off against No. 5 seed Garbine Muguruza.

Bradenton’s Austin Krajicek is the lone American entering the weekend at the men’s Rakuten Japan Open Tennis Championships in Tokyo, Japan, after his fellow American Steve Johnson lost to No. 6 seed Marin Cilic 6-3, 6-3 on Thursday.

Krajicek, who qualified to the main draw, on Thursday down a set and a break defeated Portugal’s Joao Sousa 2-6, 6-4, 6-3 to reach his career-second ATP quarterfinal and set up a Friday meeting against No. 1 seed Stan Wawrinka. 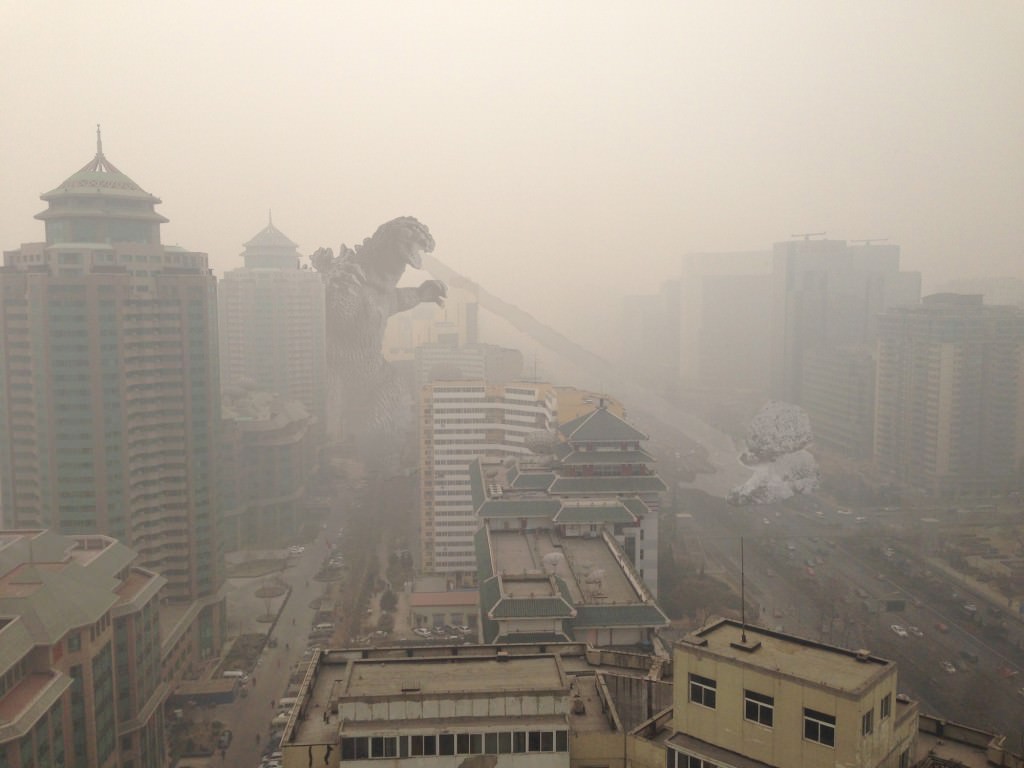 Beijing smog. And other dangers.

“The city that cuts off days from your life every time you visit and breathe what they call air here. It’s a joke how smoggy it is here!”
— ATP player Robert Lindstedt, who says he ended up with dizziness and black tissues after blowing his nose after a day of playing in the smog at the China Open in Beijing

“I hear a lot from fans nowadays that back in the day there was more drama, more personalities, more action. I defend the players today and they have great personalities. They are really good but the system does not allow them to express their true emotions as they might get fined for it! This is a real entertaining sport where [a] man challenges a man and it’s obvious to have emotions.”
— Boris Becker last week at the at the Cheltenham Literature Festival (!?), speaking to the media

“It makes me wonder if the women are training properly, in accordance with the racket and string technology. There is far more power, speed and spin in the game now. Physiologically, men are surely built stronger to deal with it. Are they training better and smarter than the women as well? My guess is yes.”
— Tennis commentator Mary Carillo speaking to ESPN on the rash of women’s injuries toward the end of the year