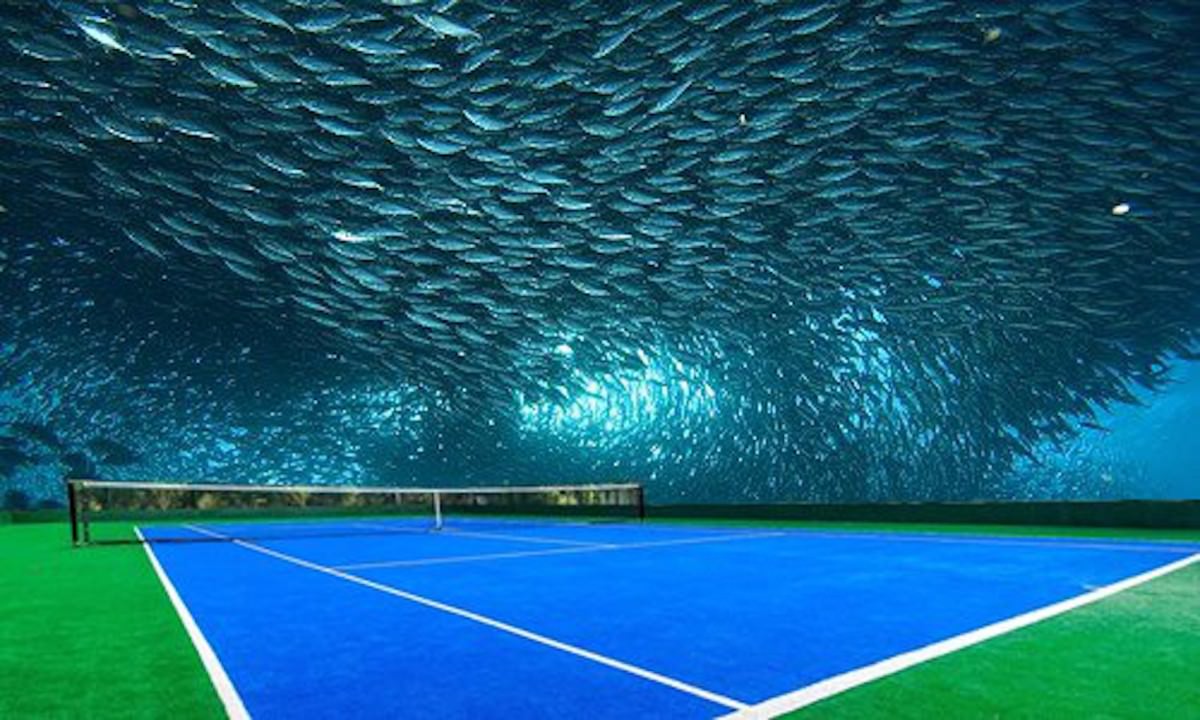 It’s the pro tennis off-season (and slow news season), so time for a news outlet to dredge up the underwater tennis court story. From the people that gave you the tennis court on a helicopter landing pad, and from the land of so-much-money-we-don’t-know-what-to-do-with-it comes the recurring story of building a tennis court/complex/stadium underwater. The designers say 95 percent of the issues (ocean pressure, glass weighing 100 tons, leakage, earthquake and tsunami readiness, etc.) have been ironed out, but the remaining 5 percent must be the cost — around $2 billion, according to the architect. Supporters see it getting built prior to the World Expo 2020 Dubai. From the world’s highest tennis court built atop the 1,000-foot-tall Burj al Arab Hotel in 2005 to man-made islands shaped like palm trees and globes, Dubai has proven that if you can conceive it, they can build it. Our long international wait for an underwater tennis facility could finally be over. 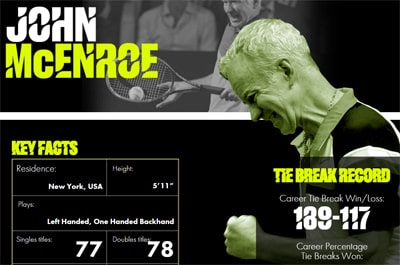 Tiebreak Tournaments have been well received in Florida, with more than 100 participants at a number of events, and now the one-day format for time-limited players is taking off internationally. A “Tie Break Tens” tournament will be part of the ATP Champions Series senior tour year-end event this week in London, where John McEnroe, Andy Murray, Tim Henman, David Ferrer,  Kyle Edmund and a player to be named will battle in the format with a winner-take-all prize of $250,000. “Tiebreaks have been around for nearly as long as I’ve been playing — everyone enjoys watching them, and I enjoy playing them, as long as I win,” McEnroe said. “It’s always a challenge to beat guys so much younger than me…maybe I can spring a surprise.” FAST4 is another alternative format toward shorter tennis matches, and January 2016 in Australia will feature another FAST4 tennis exhibition with Rafael Nadal, Lleyton Hewitt, Gael Monfils, McEnroe, Nick Kyrgios and Pat Cash. 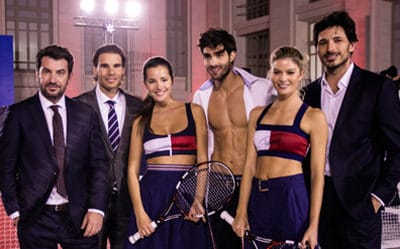 Why didn’t anyone tell that guy his shirt buttons became undone?

Andy Murray won the Davis Cup for Britain then had some not-too-kind words for the British Lawn Tennis Association…Britain’s goal is to bring tennis up to the popularity level of cycling…USTA Intersectionals competition brings former college stars and other players back to the courts…Serena Williams as part of a cultural shift of the Pirelli calendar…Rafael Nadal appeased sponsor Tommy Hilfiger by putting on a suit and playing strip tennis against runway models…Players will make hundreds of thousands, and some millions in appearance fees as the lucrative International Premier Tennis League exhibition tour has kicked off in Kobe, Japan, extending over three weeks. Tickets on the low end are running at $300 for a three-day pass. Serena Williams, Roger Federer and Rafael Nadal are among the all-star roster of players on the five teams, with the action already underway. 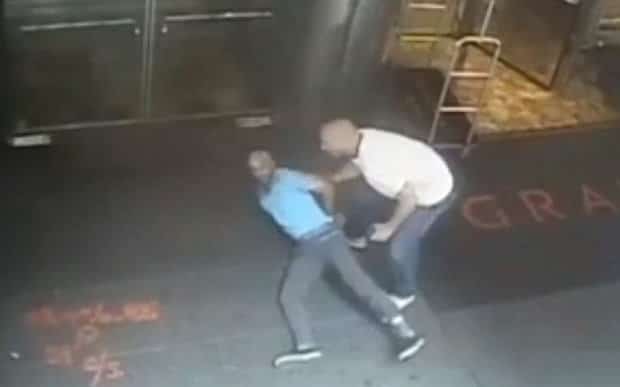 “I think Officer Frascatore should be fired. To me it’s ridiculous that [police union president] Patrick Lynch is defending the actions of this person. I understand it’s his job to protect all police officers, but my opinion is that the way to protect police officers is to get rid of the bad ones.”
— James Blake, writing for GQ magazine, on the police officer that threw him on the ground outside his hotel during the US Open in a case of mistaken identity. Blake was handcuffed and eventually released, without the police officers identifying themselves.

“Now it’s not LGBTQ, it’s LGBTIQA…A is for Allies. Q stands for Queer and Questioning. It goes on and on. Boy, talk about inclusion — we’re all for it! I always tell everybody, however you self-identify, great. We’re very big on inclusion.”
— Billie Jean King on the sport of tennis and inclusion, speaking to The Desert Sun

“Just a few weeks ago I was talking to her at our kitchen table. She is by no means satisfied. It wouldn’t surprise me to see her play a few more years, minimum.”
— Andy Roddick on Serena Williams, writing for Sports Illustrated