The collegiate center (right) at the USTA National Campus

The $100 million USTA National Campus in Orlando will open to the public on Jan. 2, which will be a week filled with free community events for local tennis players and visitors.

Jan. 3-5 (Tuesday-Thursday) will be Tennis Program Open House days from 9:30-11:30 a.m., and 5-7 p.m., when players can sample the Campus’ programs at no cost. Youth, adult, fitness, and elevated training and advanced programs will be on display, including a daily 7 p.m. Parents Meeting, which will include a youth program Q&A session. A sampling of programs includes Match Play Fridays, Tennis 101, Cardio Tennis and Point Play program, middle and high school training, Doubles Drill and Play, and more.

You’ll also likely see some famous faces, as Madison Keys and the Bryan brothers are among players who’ve recently come through the Campus for training or visits. Mark your calendar for Dec. 20 when attendees can register online for the Tennis Program Open House at www.ustanationalcampus.com.

Former Top 10 player and long-time USTA coach and Florida resident Kathy Rinaldi has been named the new captain for the U.S. Fed Cup team. She takes over from Mary Joe Fernandez, who stepped down in October after eight years.

Rinaldi also serves as a lead national coach within the USTA player development unit. The U.S. has more Fed Cup titles than any nation with 17, but is 0-3 in finals since winning its last title in 2000. As a coach Rinaldi has led U.S. 16-and-under Junior Fed Cup teams to titles in 2012 and 2014, the 14-and-under World Junior Tennis teams to titles in 2009-10, and she coached the U.S. women in the Pan American Games in 2015. Her first Fed Cup outing will be leading the U.S. in February when they host Germany in Hawaii in the first round.

“I believe that my experiences as both a player and a coach have given me insight that will help me to succeed in this role and can assist in getting the U.S Fed Cup team to the next level,” Rinaldi said. “I look forward to working closely with the players throughout the year as we move forward in our goal of bringing the Fed Cup back to the United States.” To read more click here. 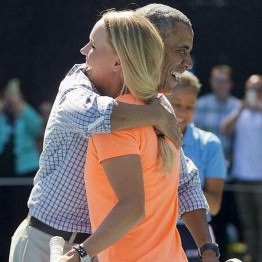 The outgoing First Family has had a positive tennis impact the last eight years with this Tennis.com tribute…This high school sophomore plays No. 1 on both her tennis and golf teams…Here’s a movie producer’s take on what it’s like to take the USPTA teaching pro certification course…World No. 1 Novak Djokovic and (now former) coach and former No. 1 Boris Becker parted ways after roughly three years. Becker after the break-up said Djokovic ‘didn’t work hard enough‘ due to family issues…The breakup is just part of an extra-long ride on the coaching carousel this year…Roger Federer and Serena Williams withdrew from the India-based International Premier Tennis League due to its current ‘financial uncertainty‘ (aka No pay? No play.)…New Russian doping data has countries talking boycotts of Russian-hosted Olympic qualifying events, and Russia possibly being banned from the 2018 Winter Olympics…The 2017 Mardy Fish Children’s Foundation Tennis Championships, one of the longest-running USTA Pro Circuit events on the calendar, will return in April to the Grand Harbor Golf & Beach Club, which hosted the $15,000 Futures event from 1995-2009 before being played the last seven years at The Boulevard tennis club…Former French Open champ Yannick Noah has been named the Fed Cup captain for France, adding to his current Davis Cup captaining duties. 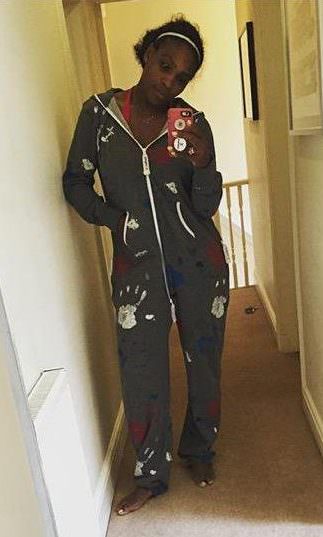 “Definitely a onesie. Is that weird? It’s just so comfortable. It’s so cozy.”
— Serena Williams on what she wears when she gets a day off from tennis, speaking to Yahoo! Sports

“My professional plans are now directed primarily to maintain a good level of play, and also to make a good schedule and new goals for the next season.”
— World No. 2 Novak Djokovic after parting ways with former coach Boris Becker

“In today’s pro game, guys are hitting the **** out of the ball. Getting a lot of balls back — that can be your Plan B. But to be successful, you want to be in control of the points.”
— Bradenton teen Michael Mmoh on being more aggressive on court, speaking to ESPN