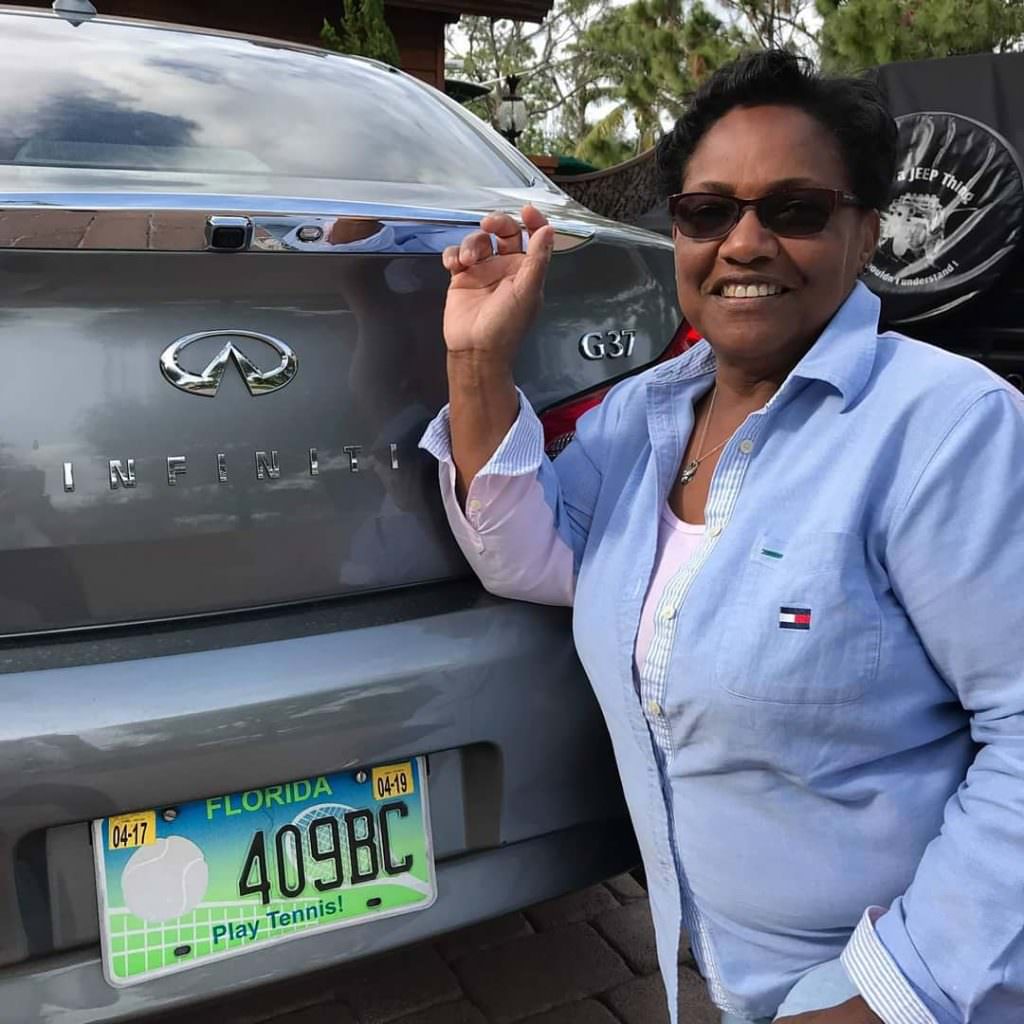 Congrats to Shearon Shippey, the winner of the #Go2DelrayOpen Photo Contest. She won a Delray Beach Open prize package worth $1,500 and will be catching the stars beginning late next week at the ATP World Tour event.

She won three days of reserved seat tickets for the quarterfinals through finals, premier parking, dining, guided tours of the player center and media center, attendance at post-match player conferences and more.

To enter next year’s contest, if you haven’t already, get a “Play Tennis” Florida licence plate, and subscribe to the USTA Florida weekly e-news or social channels to be alerted to the 2018 contest. For more info on the Delray Beach Open go to www.YellowTennisBall.com.

TENNIS INDUSTRY COMING TOGETHER FOR ‘PLAY TENNIS MONTH’ IN MAY 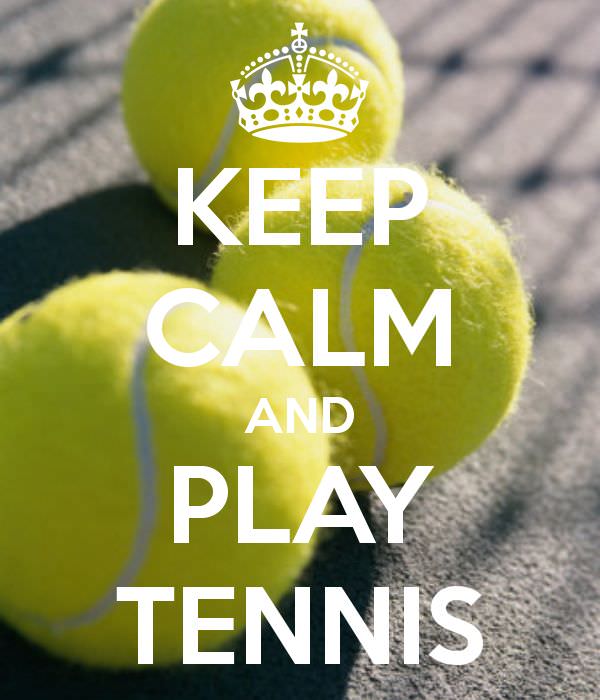 From Net Generation to adult leagues to fun social play, tennis industry partners are planning now to showcase May as “Play Tennis Month” to get people moving and onto the courts. More than 1,500 tennis facilities around the U.S. are expected to participate in Play Tennis Month activities.

“The website RallyTheIndustry.org also has suggested program formats that emphasize not only the fitness aspect of tennis, but also how fun and social it is,” says Tennis Industry Association (TIA) Executive Director Jolyn de Boer. Among suggested formats are Cardio Tennis sessions, Try Tennis Free and PlayTennisFast programming, and tennis for seniors and the physically challenged on 60-foot courts. “But providers can offer any programs they’d like as part of Play Tennis Month.”

The lead-up to Play Tennis Month will include a massive Cardio Tennis session on April 20 at the USTA National Campus in Orlando, where the goal is for participants to burn a combined 1 million calories. For more Play Tennis Month info click here. To find a Net Generation kids program near you, or to get involved as a tennis provider, go to www.NetGeneration.com. 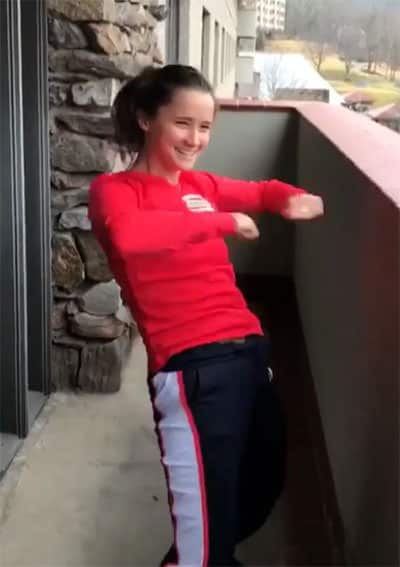 American Lauren Davis shared some of her more memorable moments from last weekend’s U.S. Fed Cup — choking on a wasabi pea while cheering on CoCo Vandeweghe, and some energetic pre-match warm-up moves…If Roger Federer wins his quarterfinal match today in Rotterdam he will be No. 1 again for the first time since 2012. Racquet stringers at the Rotterdam tournament were bummed because he flew in his own crew of stringers from Tampa…The No. 13-ranked Florida State University men’s team at 12-1 is off to its best start in school history…Belmont University in Nashville will be the venue on April 6-8 when the U.S. hosts Belgium in the Davis Cup quarterfinals…Tennis writer Ben Rothenberg this week told the fascinating story of (fake) tennis player Darko Grncarov, who fooled some of the top players and media outlets into believing his story of an up-and-coming player emerging from a coma, garnering major sponsorships and being “celebrated for great performances that almost certainly never happened.”…And if you thought a tennis ball was yellow, you are wrong. 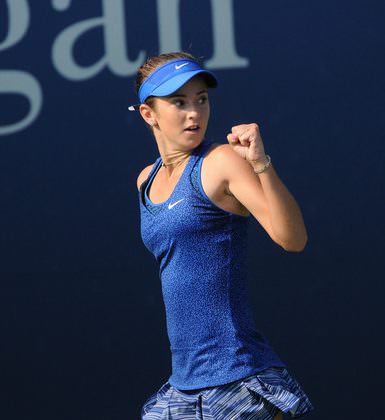 Eighteen-year-old qualifier CiCi Bellis of Orlando continued to mow through the Qatar Total Open draw in Doha on Thursday, following her earlier upset of fellow American Madison Keys with a 7-6(4), 6-3 win over defending champion and former No. 1 Karolina Pliskova to move into the quarterfinals.

“This was huge for me,” she said after her first career Top 5 win. “When I played her in Brisbane [last month] she killed me, and I was super nervous before that match…From the first point I had to be 100 percent rather than kind of get into the match and take a few games. So I think that was a big part of it.”

Pliskova came into the tournament still recovering from an illness. Bellis in the quarterfinals will meet world No. 2 Simona Halep.

At the inaugural New York Open, two Americans are into the quarterfinals as Sam Querrey and Frances Tiafoe remain alive in Long Island.

The No. 2-seeded Querrey advanced into the quarters after defeating unseeded Russian Mikhail Youzhny 6-3, 6-3, and the unseeded Tiafoe topped Israel’s Dudi Sela 6-4, 3-6, 6-0.

In the Friday quarterfinals Tiafoe will meet top-seeded Kevin Anderson, while Querrey will engage in a serving battle with unseeded Ivo Karlovic. 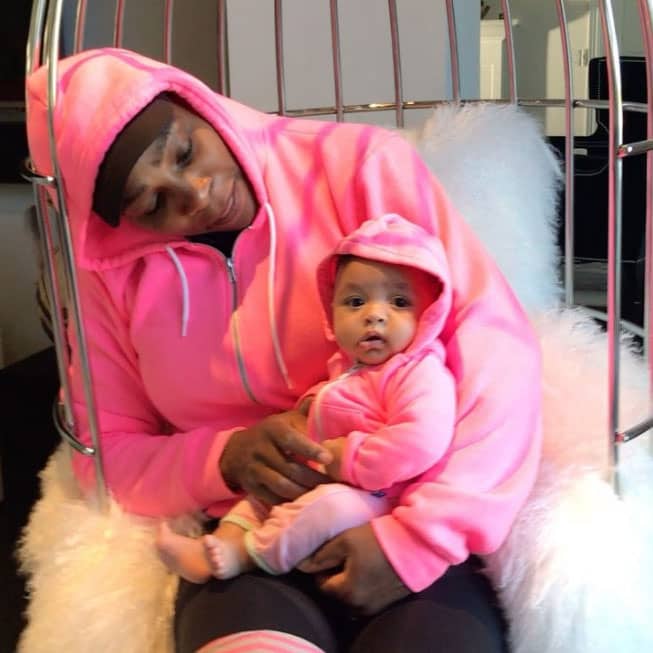 “I didn’t manage my time well, but I was thinking about it in the future how to manage it better. This is literally my first time traveling with the baby and everything. I’m going to try to do better. It was hard. It was the first time for me.”
— Serena Williams after competing in Fed Cup last weekend, her first event of 2018

“It would be absolutely incredible. I can’t believe I’m this close, but No. 1 has never been simple, never easy to get there.”
— Roger Federer on possibly re-taking the No. 1 ranking this week, which would make him the oldest No. 1 in tour history, speaking to TennisTV

“The no-lets of serves rule is unpopular with many; I personally don’t find it worth arguing over, perhaps because I saw it for many years in men’s college tennis.”
— Junior tennis blogger Colette Lewis on the new ITF junior rule of playing lets on all serves