Friday Tennis Blog: U.S. Women Mowing Them Down at Wimbledon 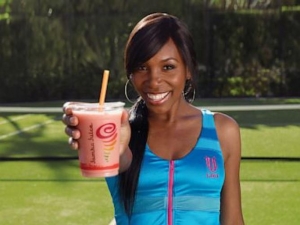 VENUS LIKE A FINE WINE AT WIMBLEDON — She is 34 years, the 30th seed, and is ranked No. 31 in the world. But Venus Williams, whose career was deemed over by many when she was diagnosed with Sjogren’s syndrome, is showing that the 30s are the new 20s. Last year she missed Wimbledon with an injury, and the year before lost in the opening round, but today the elder of the Williams sisters will be on center stage when she faces another former champion, Petra Kvitova, in the third round. “Everybody’s seen how she can play on grass,” said Williams’ hitting partner, David Witt of Jacksonville, Fla., speaking to FOX Sports. “Here at Wimbledon, just being here, I think she feels comfortable, and it’s her time to shine.” Five of her seven Grand Slam titles have come at Wimbledon, most recently in 2008. Age, according to Palm Beach Gardens, Fla. resident, has its advantages. “Wisdom has served me well,” said Venus, seen here with her favorite Jamba Juice. “I’ve worn my sunscreen, so I haven’t aged terribly. My knees are very tight, not saggy. And the crow’s feet have been kept at bay. So I’ll give myself an A-plus.” 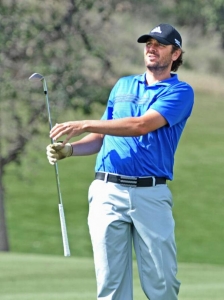 FISH CANADA BOUND — When Mardy Fish hung up his tennis racquets last year due to anxiety issues resulting from an irregular heartbeat following his physically-pounding sessions on court, he opted for the facile game of golf to fill his competitition hole. “I had to find something to keep me going on so I could keep living my life. Thank God golf was there,” he said. Travel was also an anxiety-related issue. He has not left the U.S. in approximately two years, but in roughly a week he will travel out of the country to Canada (I hear you, but Canada counts) to compete at the SIGA Dakota Dunes Open in Saskatoon. The 32-year-old Fish gets advice from close friends and PGA Tour stars Luke Donald and Sergio Garcia as he tries to make his way onto the main tour and gains confidence from baby steps, such as this spring when he earned an alternate spot at a sectional qualifier for the 2014 US Open. “Every couple of tournaments I do something I’ve never done before in golf,” said the former world No. 7 on the ATP Rankings. “It gets better and better. It’s something that’s a shot in the dark. But I’m really good at tennis and I seem to be really good at golf. We’ll see how good in golf.”

MURRAY SAYS ‘STAY IN MIAMI LEBRON!’ — Andy Murray is the toast of Britain this week as the defending champion at Wimbledon, but he also maintains a residence and training base in Miami where he often takes in Miami Heat hoops games. Asked a wide range of questions during his early post-match press sessions this week, Murray weighed in on the possibility of the NBA’s best player, Lebron James, opting out of his contract with the Heat. “Well, I hope he stays in Miami,” Murray said. “I guess we’ll obviously have to wait and see what his decision is. There’s no guarantees he’s going to leave just because he opted out of his contract. I guess we’ll just have to wait a few weeks. But my season tickets last for another year or two, so ideally I’d rather he stayed.” Perhaps the British press should check in with fellow Miami-area resident Serena Williams, often seen at Heat games, to see if she has any pull with Lebron.

No. 9 seed John Isner is the lone American man standing, while a populous six U.S. women head into weekend play at the All England Club in Wimbledon.

Isner stood alone in the men’s draw on Thursday after defeating Finland’s Jarkko Nieminen to move into the third round, while his contemporaries Sam Querrey, Jack Sock and Denis Kudla lost in second-round play. Sock fell to No. 8 seed Milos Raonic and Kudla to No. 10 Kei Nishikori, both in straight sets, while Querrey lost 14-12 in the fifth set in a match resumed from the previous day due to darkness, falling to No. 14 seed Jo-Wilfried Tsonga.

Isner in the third round will next meet the winner of the No. 19 Feliciano Lopez vs. Ante Pavic second-round match.

The women’s draw remains chock-full of U.S. veterans and up-and-comers after Americans went 5-2 in second-round play (not counting Vicky Duval who has yet to play her second round). It is the most American women to reach the third round at Wimbledon in nine years, according to the WTA.

Here are the remaining American women and their next opponents:

The Williams sisters, the only active American players to hold the Wimbledon singles title, are each attempting to win a sixth singles championship each. 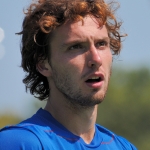 “Get rid of the vampires?”
— Latvian Ernests Gulbis at Wimbledon, trying to clarify a media question about John McEnroe wanting to get rid of umpires in tennis

“It makes you want to do this every single week and feel this happiness all the time.”
— Florida’s Madison Keys after winning her first career title on grass at the WTA Eastbourne tournament, defeating Top 10 players Jelena Jankovic and Angelique Kerber en route 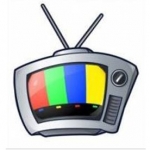 Who are your remaining favorites at Wimbledon?