FORMER NO. 1 MULLOY OF MIAMI RECEIVES FRENCH LEGION OF HONOR

Miami tennis legend Gardnar Mulloy has had a street named after him — now he has become the oldest living veteran (he will be 102 in November) to receive the French Legion of Honor, presented to him on Tuesday by the consulate general of France in Miami. Mulloy was one of the top U.S. pros in the pre-Open Era (1968) of professional tennis, during his career contesting 12 Davis Cup ties for the U.S. over seven years, and winning the international team title three times in 1946 and ’48-49. At the Grand Slam level he was a Wimbledon and multiple US Open winner, and ranked as the No. 1 player in 1952. Mulloy served in the U.S. Navy for four years, with his ship participating in the invasion of Southern France in August 1944. “He participated in the fight against the Nazi barbarity, and it’s an honor for us to recognize him,” said Nathalie Cluzet-Bertot, press attache for the Consulate General of France in Miami, speaking to the Miami Herald. “Thanks to [U.S. veterans’] courage we now have a free Europe and a free people.” The French legion of Honor award was created by Napoleon in 1802. 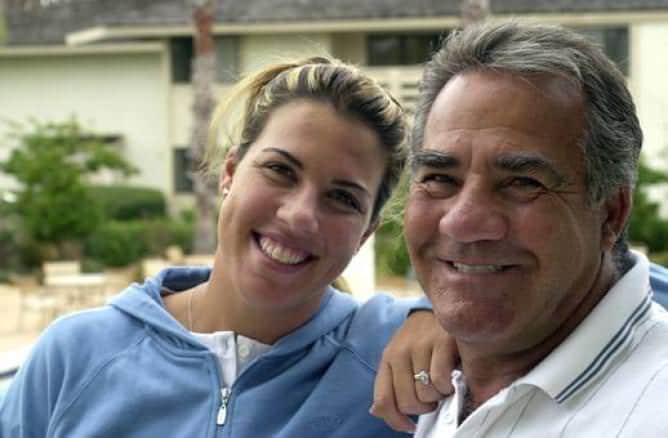 Florida-raised former No. 1 Jennifer Capriati, following her father losing his fight against cancer, is encouraging support for The Cure Starts Now foundation’s efforts to find a cure for cancer. Her father Stefano, a former professional soccer player, dedicated much of his life to the game of tennis and to developing Jennifer’s raw talent, passing at age 80. “An avid storyteller, he will be remembered as a caring, big-hearted dad that made everyone smile with his warm charming nature and charismatic personality,” said USTA Chairman, CEO and President Katrina Adams. “He knew how to bring the best out of anyone he met and played an integral part in his daughter’s success. He coached his daughter to the WTA Top 10 when she was just 14 years old and helped her win a gold medal at the 1992 Olympics in Barcelona.” To lend your support go to www.thecurestartsnow.org. 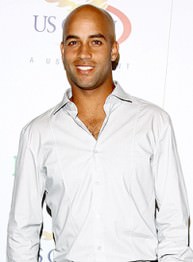 Tennis etiquette is the talk of the sport, and ESPN commentator Pam Shriver shares a story and some opinions on the ‘new John McEnroes.’…Ticket prices for the US Open women’s final prior to Serena Williams’ loss were in the neighborhood of $1,621…James Blake is attempting to shine some light on the fact that when James Blake gets accosted this happens, but when you’re not James Blake and you get accosted this happens…The ATP Memphis and Atlanta events were sold to a yet-to-named NYC financial group…Genie Bouchard experimented with Jimmy Connors as her coach at the US Open — and now you can too! For $20,000! For two! 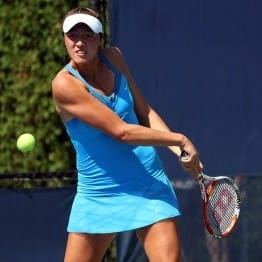 Two Americans remain in action at the Japan’s Women’s Open in Tokyo, where in the quarterfinals No. 3 seed Madison Brengle of the U.S. will meet No. 7 Ajla Tomljanovic, and No. 6-seeded American Christina Mchale will meet China’s unseeded Saisai Zheng.

Zheng advanced to the quarters on Thursday with a 6-4, 6-2 win over American Irini Falconi.

In the Friday quarterfinals Crawford will face No. 2 seed Mirjana Lucic-Baroni, and Tatishvili will meet unseeded Brit Naomi Broady.

Early on Friday the U.S. and Uzbekistan evened their Davis Cup Playoffs match at 1-1 after the first day of singles.

Johnson and Sam Querrey are scheduled to face Istomin and Dustov in the Saturday doubles. 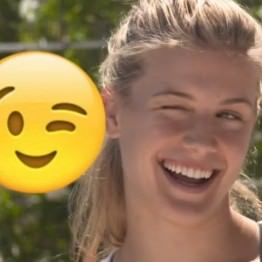 “I just think he’s so funny and interesting and he’s good for the game. So I support him.”
— Canadian Genie Bouchard, who played mixed doubles at the US Open with Nick Kyrgios, on his controversial comments and run-in with Stan Wawrinka, telling him during a match that his friend slept with Wawrinka’s girlfriend

“I got an education, which is so important, and something I think a lot of these players out here could use.”
— Lisa Raymond at the US Open talking about her years at the University of Florida

“This happens too often, and most of the time it’s not to someone like me.”
— James Blake after being thrown to the cement by New York police during the US Open