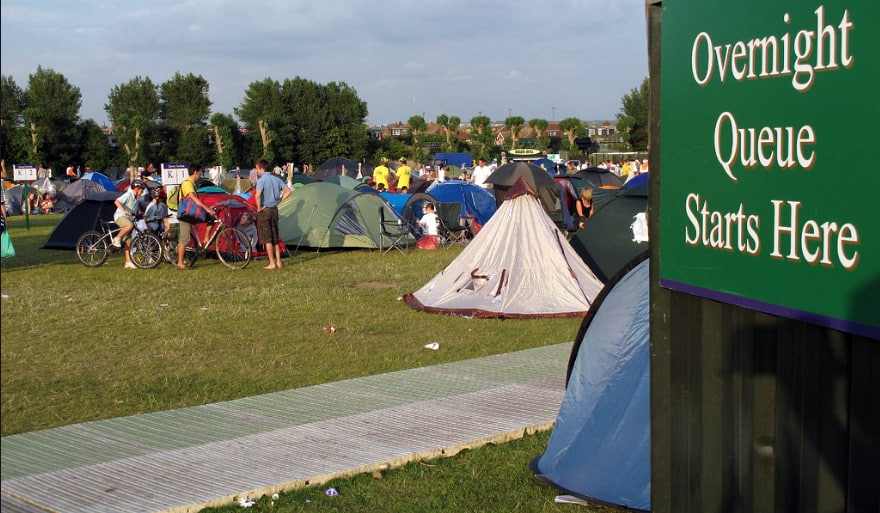 The Wimbledon queue, it seems, will never die.

Fans have been lining up in their tents to camp out and potentially secure tickets to be in the “Magic 500” for Centre Court seats, or alternately the next 500 for Court 1, or the last 500 for Court 2.  While the other Grand Slam events have moved into the digital age for ticketing, the 149-year-old All England Club keeps the queue alive for a number of reasons: to prevent ticket scalpers and online “bots” from sweeping up seats, and to allow older fans who are not comfortable with buying tickets online a cherished avenue for purchase.

“This is what makes Wimbledon,” said Englishman Paul Wilson, surveying the queue line and speaking to the Chicago Tribune. “I think, as well as you’ve got strawberries and cream, you’ve got the elegance and everything about Wimbledon.” Added his friend Simon Marshall, “It’s a two-day experience, isn’t it?” 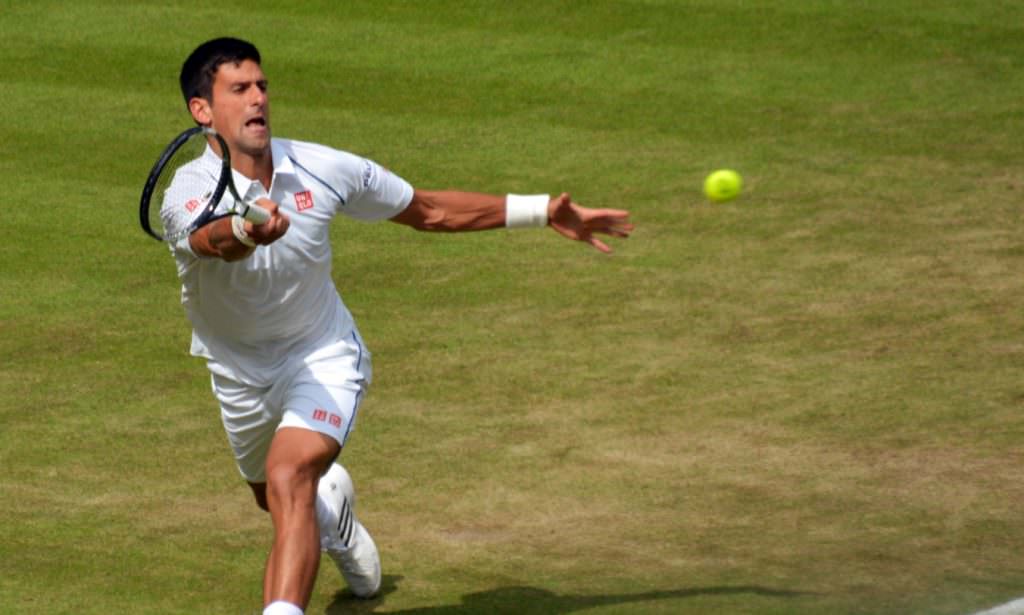 Tennis as an individual sport has been under fire since the WTA allowed players to have on-court coaching visits. The idea hasn’t been taken up tour-wide as the men’s tour and the Grand Slam events do not allow coaching during matches.

Now former No. 1 Novak Djokovic is advocating that tournaments allow players to wear headsets to communicate with their coaches throughout matches. “This is kind of an intimate conversation where you feel comfortable that you communicate wirelessly with your coach who is there,” the Serb said this week. “Of course, when it’s within that time limit, respect towards the other player, the rhythm of the server.”

The comments followed other players’ complaints that officials at Wimbledon weren’t cracking down on players who were being illegally coached from the stands during matches. The rule also leaves out players who do not have the financial means to have a full-time coach. What’s your take on players being allowed to receive coaching during matches? (comment section below). 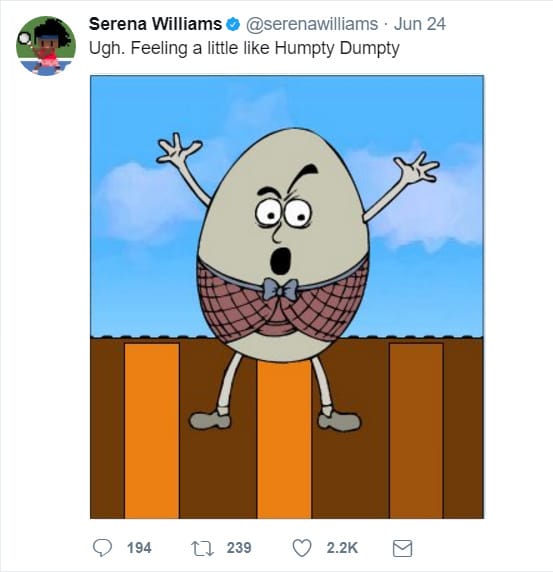 Serena Williams said she tried to take her first $1 million check through the bank drive-thru — it didn’t work out…10 U.S. girls were in the Wimbledon juniors main draw, and three of them were the Top 3 seeds: Kayla Day, Bradenton’s Whitney Osuigwe, and Claire Liu…This year’s 22nd annual Arthur Ashe Kids’ Day Powered by Net Generation, held the weekend prior to the US Open, will feature Novak Djokovic; Sofia Carson, star of the Descendants franchise, and artists Alex Aiono, Jack & Jack, New Hope Club, and Saving Forever at the USTA Billie Jean King National Tennis Center in Flushing, N.Y…If you can’t get out of the states for Wimbledon you can always visit the All Iowa Lawn Tennis Club…Boca Raton rising high school junior Angelica Blake won both the singles and doubles titles at the ITF juniors event in the Bahamas…In addition to getting on Serena Williams’ bad side, now John McEnroe is ripping his fellow BBC broadcasters on-air during Wimbledon…Bethanie Mattek-Sands will undergo surgery to repair a dislocated right kneecap and a ruptured patella tendon she sustained at Wimbedon. The prognosis scenarios are six months best-case, one year to being back on the court likely, or possibly career-ending according to doctors…In the wake of his loss at Wimbledon, Andy Murray drew accolades for reminding the media that women players exist also…Bradenton’s 15-year-old Whitney Osuigwe is the new No. 1 girls junior player in the world…Roger Federer, Tomas Berdych, Marin Cilic and Sam Querrey are the oldest final four at Wimbledon in Open Era history. 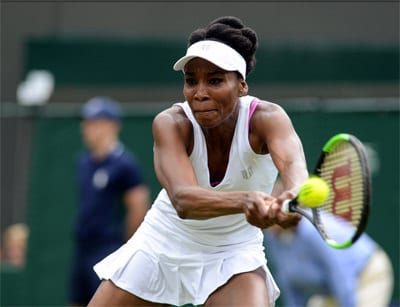 Venus Williams will attempt a sixth Wimbledon title, and try to become the oldest Grand Slam champion at age 37, after Thursday defeating Britain’s Johanna Konta 6-4, 6-2 in the semifinals at the All England Club.

“I’ve played a lot of finals here, it’s been a blessing,” Williams said. “I can’t ask for more, but I want a little more.”

In the final Venus will meet No. 14-seeded former finalist Garbine Muguruza, who in her semifinal rolled over unseeded Slovak Magdalena Rybarikova 6-1, 6-1.

In today’s men’s semifinals No. 24 seed Sam Querrey waves the flag for the U.S. after Tuesday upsetting world No. 1 Andy Murray in five sets to become the first American man to reach a Grand Slam singles semifinal since Andy Roddick reached the Wimbledon final in 2009.

“I was a little nervous at first when we got out there,” said Querrey, who has won three five-setters in a row. “As the match kept going, I just felt more and more confident, more and more like I belonged.”

The 29-year-old Querrey next faces No. 7 seed Marin Cilic, while in the other semifinal No. 3 seed Roger Federer meets No. 11 Tomas Berdych. 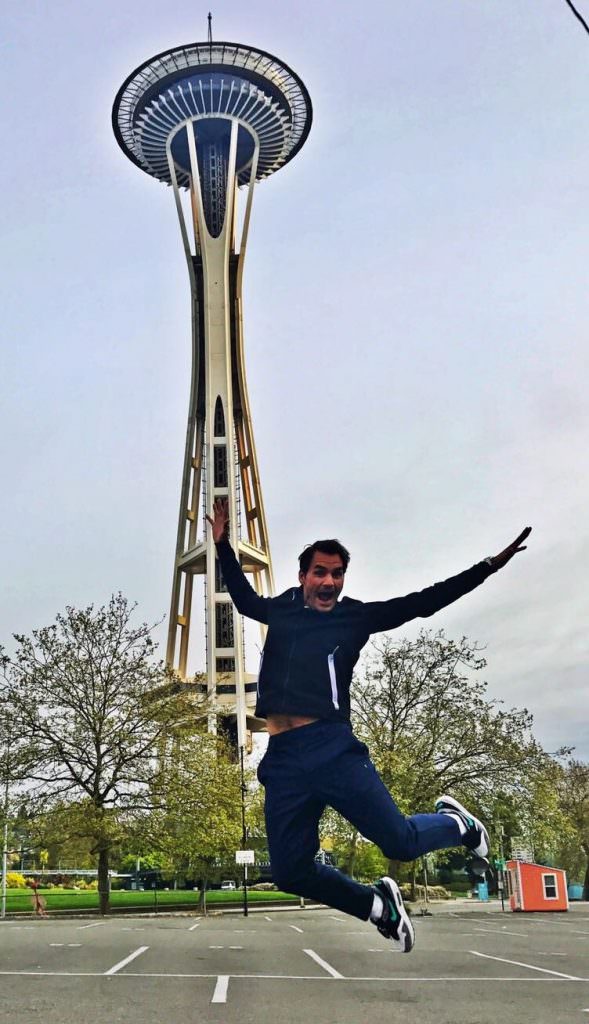 “I had more problems with my cold than my opponents.”
— Roger Federer not dropping a set during week one at Wimbledon

“That’s all they talk about. You ask, ‘What do you want to do for dinner?’ They say, ‘I wonder what Roger is having for his dinner.’ You ask, ‘What time it is?’ They say, ‘I wonder what time it is on Roger’s watch?”
— British tennis fan Sarah Gilbert on the “crazy” Roger Federer fans waiting for potential tickets in the Wimbledon queue lines, speaking to the Financial Times

“I love red meat. We were doing nice steaks. I did a lot of steaks. It was so much smoke that the…alarm (went off). It was like this for 20 minutes. We didn’t know what to do…I felt scared. I’m like, ‘Are they going to come just because of steak?'”
— Spaniard Garbine Muguruza at Wimbledon after setting off the smoke alarms in her rented accommodation near the All England Club