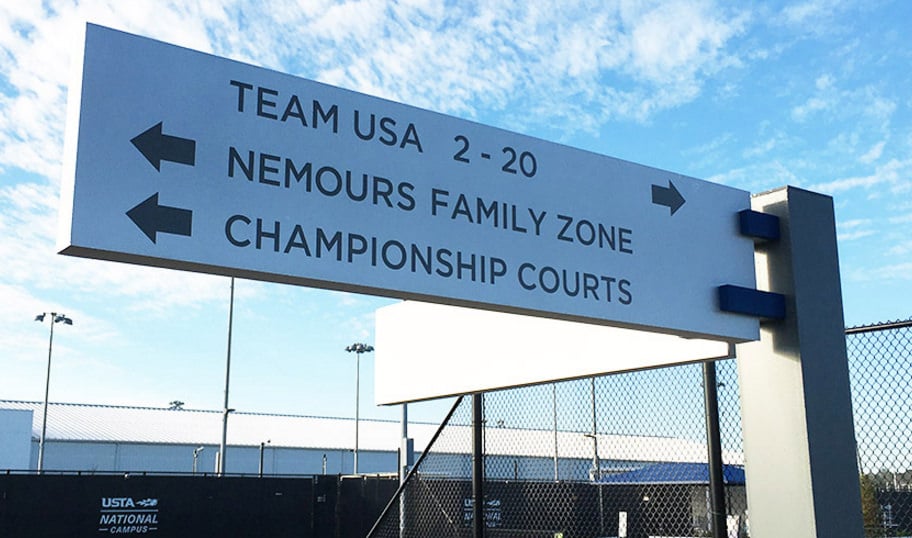 Orlando-based Reilly Opelka almost saw a teenage breakthrough at the Australian Open, but will leave Melbourne content in the knowledge that he has the tools and mindset to compete with the top players.

The 19-year-old former Wimbledon juniors champion gave No. 11 seed David Goffin all he could handle before falling in five sets 6-4, 4-6, 6-2, 4-6, 6-4. The 6-foot-11 Opelka had 21 aces, but his 65 winners were tempered by 74 unforced errors. Ranked just outside the Top 200 currently, he was among the group of American youth testing tour regulars this week in Melbourne. American and Wimbledon juniors champion Noah Rubin won a round then held a match point against Roger Federer before falling 7-5, 6-3, 7-6(3).

Seven American men age 20 or younger were in the 128 men’s singles draw in Melbourne, the most in more than 11 years. Fellow Orlando resident and former French Open juniors champion Bjorn Fratangelo is among that group, training at the new USTA National Campus where players are developing an attitude of support towards “Team USA.” “It’s really changed the perspective for the players,” he told the New York Times. “We do feel as if we’re a small team.” 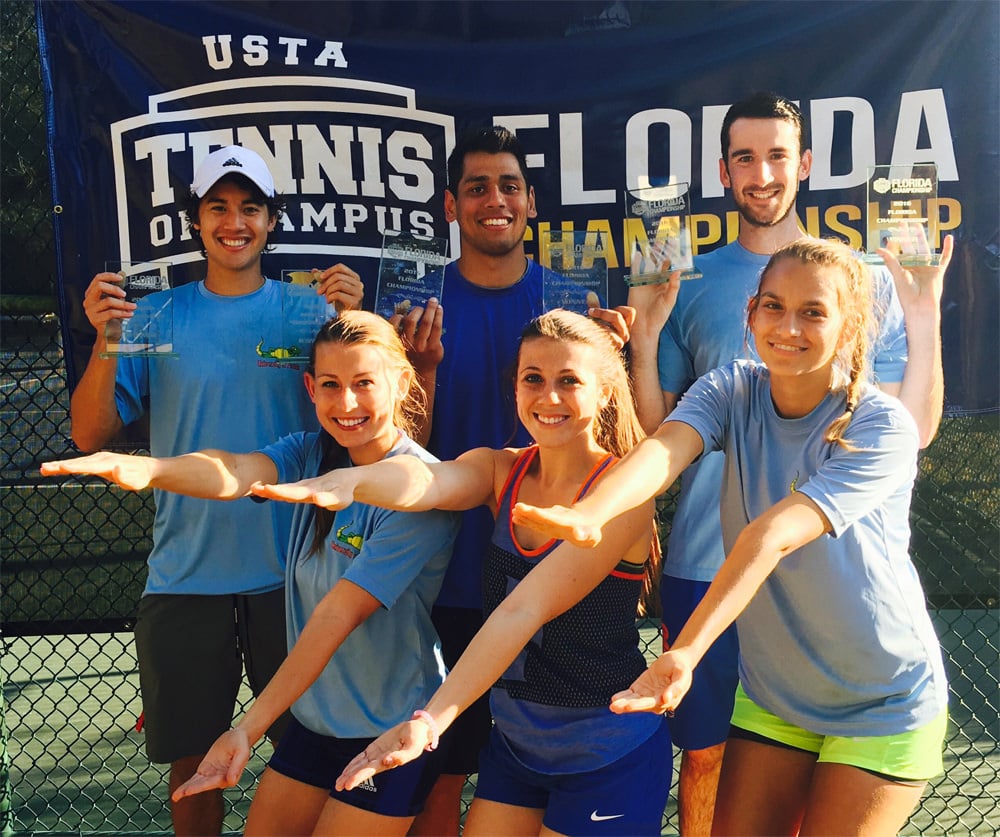 “We’re excited to host the 2nd annual Delray Beach Open ‘Tennis On Campus’ Challenge, held on-site on opening weekend during the ATP Champions Tour matches,” says Delray Beach Open Tournament Chairman Ivan Baron. “We hope the 100-plus college participants enjoy playing on-site at an ATP event. It’s a pleasure to host them on-site; watching them brings back my college playing and coaching days, as there’s nothing like competing in a unique, competitive team format event.” 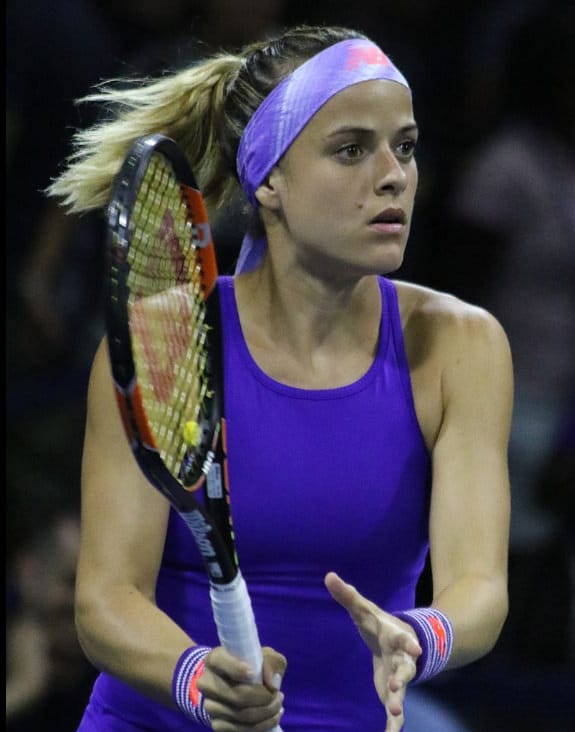 Americans Madison Keys and Nicole Gibbs were among players sharing the abuse regularly heaped on them via social media by trolls and match-bet losers. “I don’t think people realize. For all these matches, we get death threats,” Keys told CNN…Condolences to the family of Miami (Ohio) University player Erin Rodriguez of Boca Raton, Fla., who died last week of natural causes. “Her brother Matthew is currently a junior competitive player about to play for Oklahoma,” said USTA Florida Player Development Coordinator Andy Gladstone. “The Rodriguez family is an outstanding family and the tennis community is heartbroken.”…Stefan Kozlov’s 16-year-old brother Boris won his first pro match last week at the USTA Pro Circuit event in Plantation, Fla…International Tennis Federation President David Haggerty says the governing body is doing enough to combat doping in tennis: “We have a very rigorous program, a combination of the WTA ATP, the Grand Slams and the ITF and we will have additional drugs testing in competition out of competition. It’s much more rigorous than say four years ago and shows we are able to keep the athletes clean and protect the clean athletes.”…The Aussie media is blaming Nick Kyrgios and Bernard Tomic for Australian Open TV ratings being lower than local cricket matches in Australia.


5 American Women Into 1st Weekend Down Under 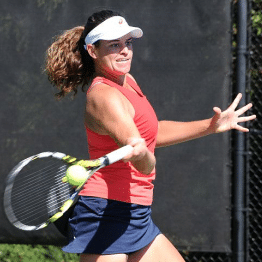 Five American women advance into the first weekend of play at the Australian Open, while the last two U.S. men remaining in the draw exited on Friday in Melbourne.

On Friday No. 13 Venus Williams rolled past China’s Ying-Ying Duan 6-1, 6-0 to move into the fourth round, joined by unseeded CoCo Vandeweghe who outlasted Eugenie Bouchard 7-5 in the third set.

In third-round action on Saturday will be No. 2 seed Serena Williams vs. Nicole Gibbs in an all-American meeting, and unseeded American Jennifer Brady against No. 14 seed Elena Vesnina of Russia. 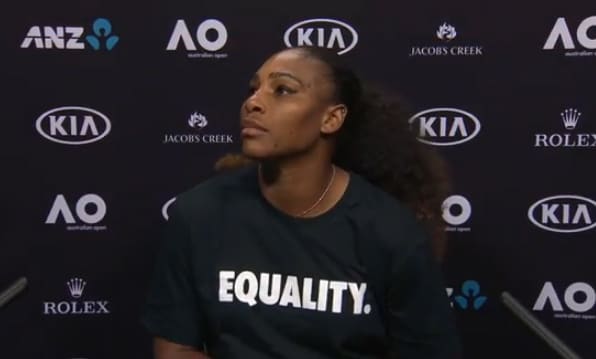 “We want to make sure we always continue to move forward and always have the opportunity to have equal rights for all.”
— Serena Williams, commenting on her “Equality” t-shirt worn at the Australian Open on Martin Luther King Day in the U.S.

“I thought, ‘I’m going to be that person who’s going to barf on the court.’ And I hate throwing up.”
— American CoCo Vandeweghe, who fell ill during her first-round match at the Australian Open but rallied for the win

“I’ve been through the ups — ‘You can win Grand Slams’ — to the downs, with people writing, ‘You’re done.’ You can just get so caught up with results you forget the joy to play at this level.”
— American Ryan Harrison, speaking to ESPN at the Australian Open