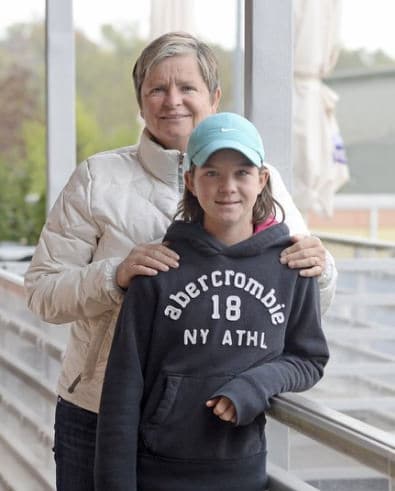 Florida at any time seems to boast a number of former pro offspring making a mark on the junior circuit. Currently Australian Open winner Petr Korda’s son Sebastian is attempting to follow in his father’s footsteps, while the teen sons of former Grand Slam doubles winner Martin Damm have won the state doubles championship as well as singles crowns.

Now add to that group Elli Mandlik, 15-year-old daughter of four-time slam champion Hana Mandlikova, who last week won her fourth ITF singles title at the Grade 3 event in Costa Rica. She also has a twin brother Mark on the junior circuit.

Mandlikova and her kids live in the Boynton Beach area, and while the former world No. 1 junior and world No. 3 on the WTA circuit enjoys working with her kids, she isn’t a huge fan of watching their matches. “I was coaching Jana Novotna for nine years and saw that was nerve-wracking,” she told the Sun-Sentinel. “This is the worst, watching your own kids.” Mandalik, like her mom the former US Open doubles champ with Martina Navratilova, has good hands and is also handy around the net. In Costa Rica she brought home the doubles title as well.

Through a partnership with Ten15 Tennis and XGLOsive LLC, USTA Florida is sponsoring four very special fundraising events this April. “Play, watch and donate during the most fun you’ll ever have fighting cancer,” says organizer and USTA Florida Director of Marketing, Communications & Membership Laura Bowen.

In Ten15, eight doubles teams play on ONE court, and everyone watches. Matches are first to TEN points. Fifteen matches are played in a doubles split round-robin event. The draw is random, players get one serve only and lets are in play. The environment is like being on stadium court at a slam, only more fun with teams jumping on and off, players and fans cheering teams on, and a DJ keeping the music pumping. Event schedule:

For more info go to www.ustaflorida.com/ten15-tennis. 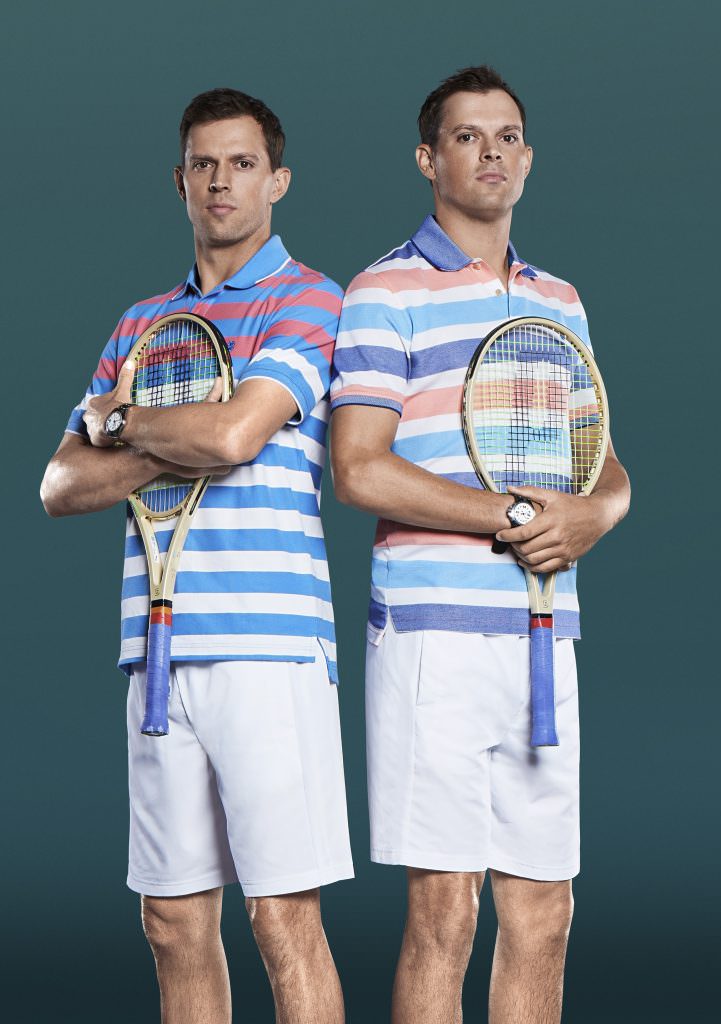 No it’s not an ad for Fruit Stripe gum — the Bryan brothers are now endorsed by IZOD…Here’s how American Steve Johnson dropped 20 pounds over the off-season (spoiler: it involves those free rolls they put on your table during dinner)…Michael Mmoh was the only American male to receive a Miami Open main draw wild card for next week’s ATP/WTA joint event, joining Mikael Ymer (SWE), Casper Ruud (NOR), Andrey Rublev (RUS), and Thomaz Bellucci (BRA)…Former No. 1 Caroline Wozniacki this week came out against the WTA Stuttgart tournament giving former No. 1 Maria Sharapova a wild card when her doping suspension doesn’t end until the middle of the April tournament. “I think it’s questionable allowing — no matter who it is — a player that is still banned to play a tournament that week,” she said. “From the tournament side I think it’s disrespectful to the other players and the WTA. But it is what it is.” Former No. 1 Chris Evert on the other hand says drop it and move on…Billie Jean King has sold her majority ownership in the World TeamTennis league to millionaire Mark Ein and Fred Luddy, who want to expand the number of teams from six to 10 by 2018, and to 16 by 2020…Prior to Taylor Fritz this week in Indian Wells, it had been 10 years since an American teen beat a Top 10 player. 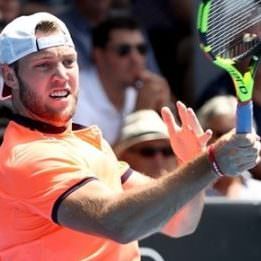 No. 17-seeded Jack Sock on Wednesday defeated Malek Jaziri 4-6, 7-6(1), 7-5 to reach the quarterfinals at the Indian Wells Masters 1000 tournament for the first time in his career.

Today the 24-year-old Sock will face No. 4 Kei Nishikori, who advanced to the quarters after a win over American Donald Young.

“When we played in Shanghai and I was able to win, I was playing aggressive, big forehands, coming forward when I could,” Sock said of facing Nishikori in 2014. “Just trying to keep him back behind the baseline and try and move him side-to-side. If he’s moving in, stepping into balls, forehands or backhands, dictating points, then it’s going to be trouble for me.”

Venus Williams became the last American woman to exit Indian Wells on Thursday when the former No. 1 fell to No. 14 seed Elena Vesnina of Russia 6-2, 4-6, 6-3.

“I’m in the semifinal of BNP Indian Wells tournament, one of the biggest tournaments. I guess I’m on fire,” Vesnina said afterwards. “This win today against Venus really means a lot for me. It’s never easy to play against her. She’s a great champion and always fighting till the end.” 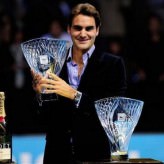 “It’s like if you give a sweet to a kid who did bad things. He’s going to do it again.”
— Frenchman Jo-Wilfried Tsonga, saying the French Tennis Federation should not give Maria Sharapova a wild card this year after she’s coming off a doping suspension

“Well…that’s funny.”
— Garbine Muguruza, upon learning that American teen Kayla Day, who she beat in three sets this week at Indian Wells, has a dog that her mother named Garbine after seeing the Spaniard on TV