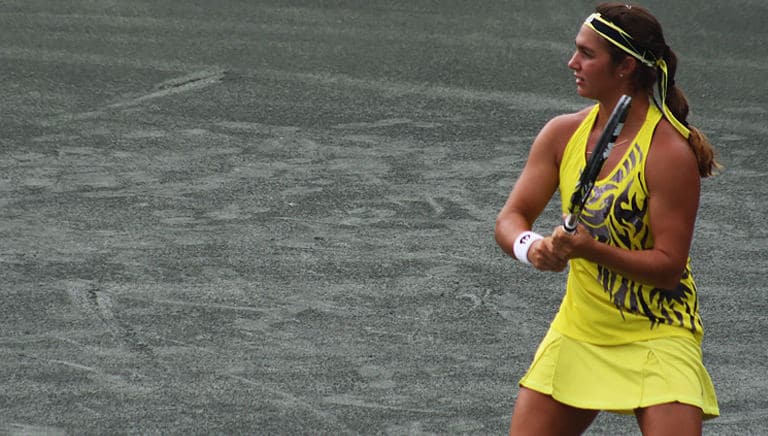 Only 18 years old, Coral Gables’ Katerina Stewart’s ranking and sense of responsibility is nearing that or a regular professional. This week at the ITF event in Orlando the teen functioned for the first time as the official “ITF player representative” for the event, taking part in the making of the singles and doubles draws.

“I’ve seen other players do it, I think they just approached me because I’ve played this tournament so many years in a row,” she said. “They approached me and asked if I wanted to do it, and I said ‘Why not?'”

She is also excited about the recently-announced “Team USA – Pro” venture within USTA Professional Development to help fast-track youngsters into the Top 100.

“I’m very young compared to everybody else so I don’t think they recognize me yet, but I always love doing stuff like that,” said the former USTA Florida junior state champion who is on the verge of cracking the Top 150. Her ranking is set to elevate again after winning the ITF event last week in Weston, Fla., and this week currently in the Orlando quarterfinals.

A tough start to the year losing in qualifying at three WTA events and the Australian Open has given her even greater resolve.

“That level is just so major compared to the ITF circuit, which is so tough anyway,” Stewart said. “I got a taste of what’s needed to get to that level, and I know that I’m at the brink of it. The results are showing slowly but surely.” 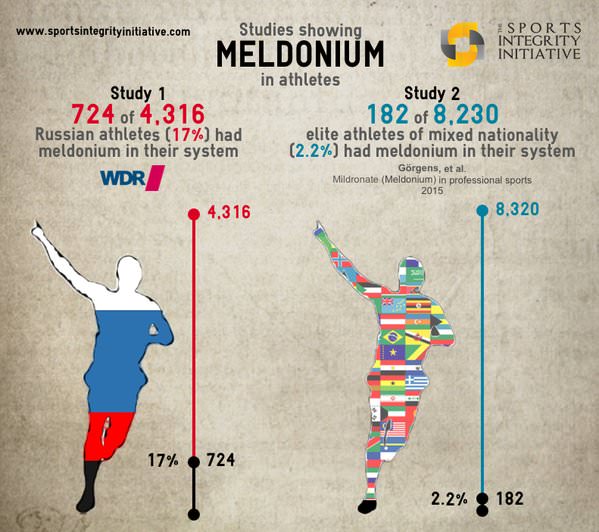 If it’s good enough for Maria…sales of meldonium have doubled since Maria Sharapova tested positive for the drug, which is not approved for sale in the U.S.

More than 99 athletes have tested positive for the drug thus far in 2016. Last year the World Anti-Doping Agency (WADA) suspended Russia from all track and field competitions after an investigation detailed state-sponsored doping of athletes. Now in the wake of Maria Sharapova’s positive doping test, WADA is considering re-opening the investigation to include investigating Russians in other sports.

Russia’s own anti-doping agency last year concluded that more than half the men and women Russian rugby players take the drug. Now after the meldonium media onslaught, the PGA Tour, MLB, the NBA, the NFL, the NHL and the NCAA all say they are looking at banning the drug.

Which all begs the question — would meldonium have even been a blip on the sports public’s conscience if Sharapova had not tested positive, and without the subsequent media blitz/”distortion“? 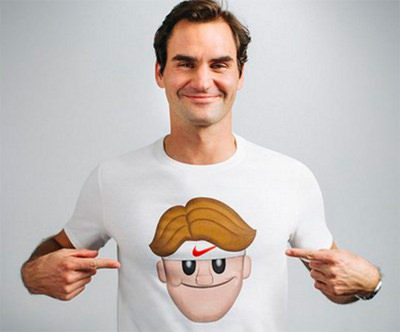 Roger Federer surprised everyone on Thursday with the announcement he will play in Miami, and he now has his own emoji…Rafael Nadal says no more throwing around unwarranted doping allegations. The Spaniard is suing the former French Minister for Health and Sports for insinuating he uses illegal methods. “There is a couple of times I heard comments like this…this [is] gonna be the last one, because I gonna sue her,” Nadal said in Indian Wells. “I am tired about these things. I let it go a few times in the past. Not [any]more, you know?”…Here is a great read on meldonium’s journey from heart medicine to performance-enhancing drug…Last year’s USTA Florida Jr. Player of the Year Victoria Emma has committed to the University of Florida…World No. 2 Angelique Kerber is winless in two tournaments since lifting the Aussie Open title…The Serena Williams Fund is helping build tennis courts in Cuba…Florida’s Sloane Stephens will be among other ATP and WTA players at the Miami Open Kids Day next Tuesday…The WTA held its 10th anniversary reunion in Indian Wells, where approximately 130 former players, including Billie Jean King, Chris Evert, Tracy Austin, Mary Carillo, and Pam Shriver, mourned the passing of Bud Collins and shared hugs and stories from 43 years of women’s pro tennis…Best Headline of the Week? From ABC Online: “Rio Olympics: Tennis brats Nick Kyrgios and Bernard Tomic told to behave in Brazil.” 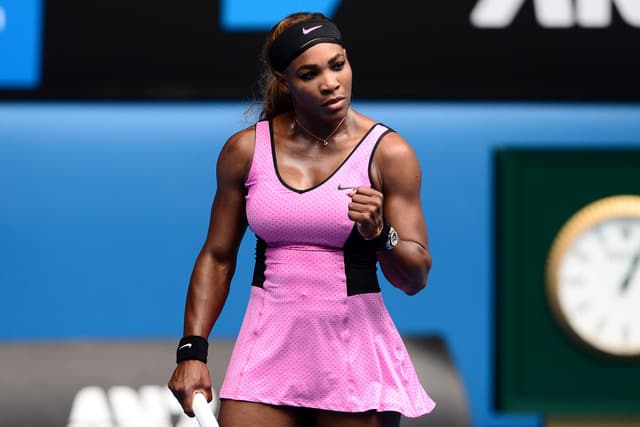 World No. 1 Serena Williams is — surprise — the last American standing in singles at the BNP Paribas Open, and will take on No. 3 seed Agnieszka Radwanska today in the semifinals at Indian Wells.

“She knows how to play in big stadiums and big matches, big games,” said Serena of Radwanska, who regardless of the result will climb to No. 2 on the WTA rankings after the event. “Obviously she does everything so well, including running, and this is a good surface for her because it’s a slow surface. I think I expect there will be a lot of long rallies.”

The other semifinal match will see (13) Victoria Azarenka taking on (18) Karolina Pliskova. 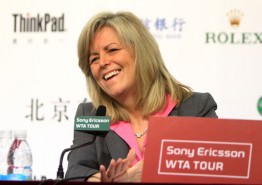 “We think it’s very important that we do everything possible to keep the Miami event in this country, and that will be very much a role that Stacey will play for us.”
— USTA CEO and Executive Director Gordon Smith on Stacey Allaster, the former WTA CEO and new USTA chief executive for professional tennis, on the Miami Open’s potential move

“Never seen anything like it. It’s definitely shocking and disturbing for me personally because I think it’s probably not the only pharmaceutical being used to enhance performance.”
— Max Cobb, the chief executive of U.S. Biathlon, speaking to the New York Times on the 99+ athletes that have already tested positive for meldonium thus far in 2016

“We all get [drug] tested a lot, I know I do. I think I led the league last year in, like, home tests or something. They ring my doorbell at 6 a.m. It’s brutal.”
— American John Isner