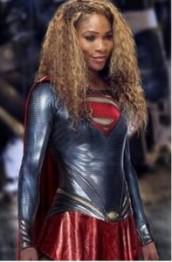 With Venus Williams withdrawing from this weekend’s Fed Cup meeting with Italy, world No. 1 Serena Williams could be put in a position to win two singles and a doubles match in two days to overcome Italy. “I think she’s excited about starting her claycourt season early and getting ready for the French Open,” U.S. Fed Cup captain Mary Joe Fernandez told the AP. Potential No. 2 singles players for the U.S. Alison Riske, Lauren Davis and Christina McHale all rank outside the Top 40. Serena is 11-0 career in Fed Cup singles and is 3-0 in doubles. Italy will field some combination of No. 15 Sara Errani, No. 26 Flavia Pennetta, No. 36 Camila Giorgi and No. 55 Karin Knapp.

NOT YOUR FATHER’S COLLEGE TENNIS

Older adults that played college tennis in the 1970s-80s would not recognize today’s game. Scores are no-ad, doubles are one set, and once the overall match winner is determined, all other matches are stopped, even if it’s 6-6 in the third set. U.S. college tennis is also now estimated to be more than 50 percent international players in the starting varsity singles positions. The rules changes are aimed at making college tennis more TV friendly, while another rule change pilot — allowing fans to heckle and yell at players during points, believe it or not — is aimed at bringing larger crowds out to matches. 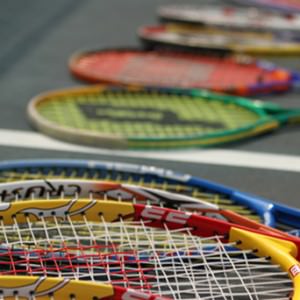 As the USTA brings in Martin Blackman as the new Professional Development GM, The Telegraph is reporting that Britain’s LTA GM counterpart, esteemed pro coach Bob Brett, is on his way out of the position after less than a year…Pro tennis is continually coming under fire as an estimated less than 100 players can actually make a living each on the men’s and women’s sides, but the French Open has announced it will bolster early-round prize money in 2015 to assist lower-echelon players…Florida 14-year-old Hurricane Tyra Black is on a tear, winning her second consecutive Grade 4 ITF junior event…Caroline Wozniacki congratulated Jordan Spieth on Twitter upon his Masters win — of was it a subtle shot at former beau Rory McIlroy? You make the call.. 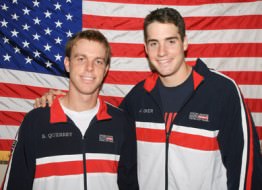 The last American exited Monte Carlo in the third round on Thursday when No. 15 seed John Isner narrowly missed pulling out a giant upset, falling to eight-time Monte Carlo champ Rafael Nadal 7-6(6), 4-6, 6-3.

Isner had two set points in the first set before Nadal closed it out in a tiebreak. In the second Isner broke to go up 5-4 before forcing a third, where Nadal raced to a 4-1 lead before closing it out.

“It’s a challenge for me to find again the positive feelings,” said Nadal who has struggled thus far in 2015 after returning from injuries. “Matches like today, third set today, helps to improve, helps to arrive to that place that I want to be.”

“It makes the sport unenjoyable to watch.”
— Baylor student Shelby Adams speaking to the Wall Street Journal on new rules in the Big 12 Conference that allow fans to heckle and yell at players during points 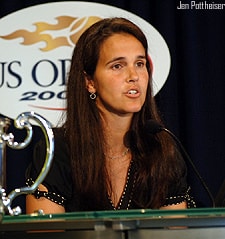 “It’s funny because the French is the one she’s won the fewest majors in but she actually loves clay. She loves the challenge of it and every time we’ve had a Fed Cup at home she asks, ‘Can we play it on clay?’ And I look at her like, ‘Really? You want to play on clay?'”
— U.S. Fed Cup Captain Mary Joe Fernandez on Serena Williams playing this weekend in Italy

“We only have one-third of our matches (televised) today but in 2017 we will do all 2,000 of them across multiple platforms in multiple forms.”
— WTA Chairperson and CEO Stacey Allaster