SERENA NAMED SPORTSPERSON OF THE YEAR 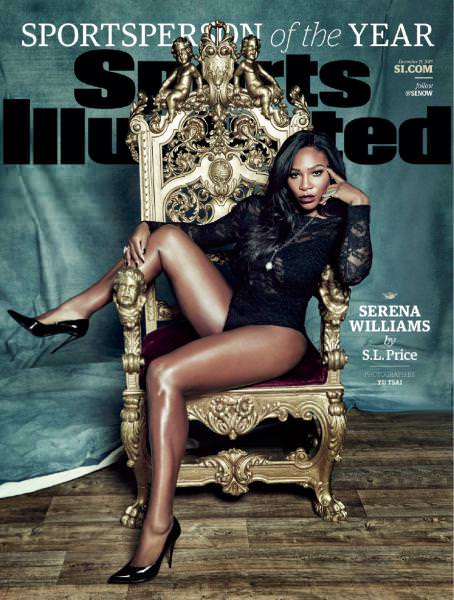 Highlights from Serena Williams’ acceptance (view the speech here) on Tuesday of the Sports Illustrated’s Sportsperson of the Year Award included a family walk down the red carpet, jokes about horses, major accolades from peers, and tears. “It’s been an honor to be your big sister,” said Venus, wiping at her eyes. “It’s the best job in the world.” Serena became the first tennis player to win the award since Arthur Ashe in 1992, and the first individual women to be recognized since since Mary Decker in 1983. The award historically has its detractors in regards to tennis players and women — such as SI passing up Steffi Graf in 1988 when she won all four Slams and Olympic gold. Heck, this year the SI Reader’s Poll gave the award to a horse and voted Serena second-to-last (since when can a sports”person” be a horse?) There were also many off-court considerations in a year that Serena fought body shaming, returned to Indian Wells, took college courses, guest-edited Wired magazine, and even chased down a thief. Golf legend Jack Nicklaus, who often invites the Williams sisters to train on his grasscourts in Florida, summed it up: “Serena had a great year. I don’t think I missed a match she played at the majors all year. She had a lot of people coming at her.” 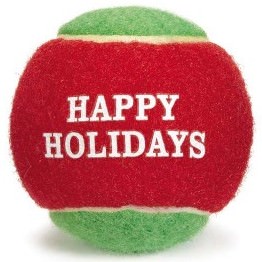 The USTA Florida staff wishes you a safe and happy holiday filled with family, friends and tennis. The recreational tennis landscape continues to change, and the Florida Section attempted to change with it in 2015, implementing a new pathway for young players, new adult tournament formats such as Tiebreak Tournaments and Fast4, Masters Tennis on short courts, XGLOsive events on dark-lit courts, family court play at the Miami Open, courting Millennials and diverse communities, and more. Check out some of the highlights from 2015 that went into our 2015 Year in Review. Last, but certainly not least, we are thankful for the Florida tennis volunteers and passionate grassroots advocates that get kids and adults that might not otherwise have the opportunity to play tennis on the courts. The year ended with the USTA Florida Section receiving the USTA Section of the Year award from Tennis Industry magazine. “This just reinforces the great leadership of our volunteer board and day-to-day efforts of our staff working as a team for tennis in Florida,” said USTA Florida Executive Director Doug Booth. From the entire USTA Florida staff, have a great holiday and Happy New Year!

Serena will kick off the 2016 World Tennis Day celebration in the U.S.

Richard Williams told CNN the blueprint that made Serena and Venus champions, which involved a 78-page plan to make them No. 1 in the world, and some tough love…Roger Federer confirmed that he and women’s doubles world No. 1 Martina Hingis will be one of the more formidable teams going for mixed doubles gold at the 2016 Rio Olympics. “I looked up to [Hingis] when I was younger, I thought she was the most unbelievable talent,” Federer told the BBC…Here’s USTA nationals’ 2015 Year in Review video…World Tennis Day 2016 will be March 8, and March 7 will feature a fundraising celebration with world No. 1 Serena Williams and more…Andy Murray says the impending birth of his child will trump advancing at the Australian Open…Duran Duran will rock the Miami Open ’80s-style following the men’s semifinals in 2016…American Taylor Fritz is the first U.S. boy to finish at No. 1 in the world in the junior rankings since Donald Young in 2005…One tennis insider says Roger Federer is getting $7 million for his multiple appearances in the International Premier Tennis League? Holy cow!…2016 player comebacks in the works include American Brian Baker, American Vicky Duval who did not played in a WTA-level tournament this year after beating cancer, former US Open champ Juan Martin del Potro who has been sidelined with multiple wrist injuries, and former French Open finalist Robin Soderling after a five-year absence…This week’s Jr. Orange Bowl tennis tournament features a junior Roddick and a junior Mandlikova. 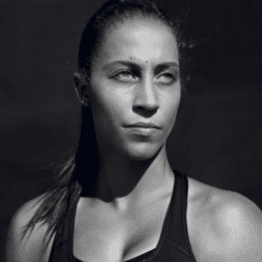 “It wasn’t like we had some big blow out fight and we hate each other. That’s not the case. Obviously we want to still work with each other. She just has so much. Our tennis travel is insane. A mother of one wouldn’t be able to do it. A mother of four who has commentating and all of the other stuff? It just became a lot.”
— Madison Keys on her amicable parting with former coach Lindsay Davenport, wanting a coach that could travel with her full time

“It’s ironic. The WTA lost talent left and right to injury and fatigue this fall, despite having cut back its season to 10 months in 2009…[but the top WTA players] eschew maximum rest and recovery to spend their ephemeral offseason globetrotting after money.”
— TENNIS magazine writer Peter Bodo on the top players participating in the International Premier Tennis League this month

“There is a kids’ day exhibition in Australia Nickelodeon style, obviously where you hit and giggle with Scooby Doo, you know. This is not Scooby Doo, so clearly we are playing serious tennis.”
— Roger Federer on the International Premier Tennis League not being “exhibition tennis”