When the US Open concludes with the men’s final on Sept. 10, the tennis party will go on due to the release of two blockbuster tennis movies later in the month.

Borg vs. McEnroe is a Swedish-made film starring Sverrir Gudnason as Borg and American Shia LaBeouf as McEnroe, taking a deep dive into their rivalry which peaked at the 1980 Wimbledon final where Borg beat McEnroe 8-6 in the fifth set (Doh! I gave away the end of the movie). You can watch the Swedish movie trailer, which is understandable Borg-heavy. LaBeouf said he cried when he read the script for the first time.

The film with even bigger buzz is Battle of the Sexes, a dram-edy based on the televised 1973 exhibition match between Billie Jean King and Bobby Riggs that became a landmark event for women’s sports and equality. Emma Stone and Steve Carell look brilliantly cast as King and Riggs, and the trailer is a must-see. 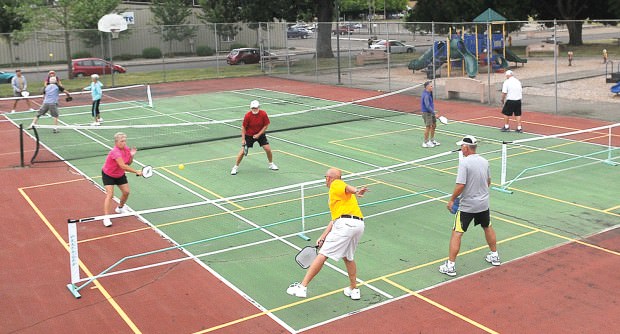 PICKLEBALL vs. TENNIS GETTING UGLY IN FLORIDA…AND EVERYWHERE

“Blended lines” were initially an issue when 10 and Under Tennis was introduced, lining blue courts with a lighter shade of blue to create kids-sized courts. But he hubbub blew over when players realized the lighter-blue lines were not a sight issue for full-court tennis players.

Now in Florida, Pickleball enthusiasts all over are are pressing city officials to line tennis courts for Pickleball — but instead of using blended lines (and standard-size thin Pickleball lines), they’re using bright-yellow street paint and lines the same thickness as the tennis lines, creating havoc for tennis players. “I had the unfortunate opportunity of trying to play on a tennis court with pickleball lines and it’s practically impossible to know what you’re doing,” said one player fighting the newly-painted lines in her city.

My city earlier this year began painting bright-yellow thick lines on some of the public tennis courts. It makes playing tennis a nightmare, especially calling serves with the extra lines around the service box. The majority of cities cannot afford to build separate Pickleball courts, so this is going to be an ongoing issue — and Pickleball, with its run-away growth, is winning. Tennis courts have been torn up and replaced by permanent Pickleball courts, and other cities are advocating the same. In Naples, Fla., they host the national Pickleball US Open and just opened a “Pickleball Mega-Center.” It’s a fight for senior racquet-sport players, and for tennis courts. The tennis and Pickleball powers-that-be need to work together, or — well, we’re past the point of it getting ugly with the yellow lines — it’s going to get uglier. 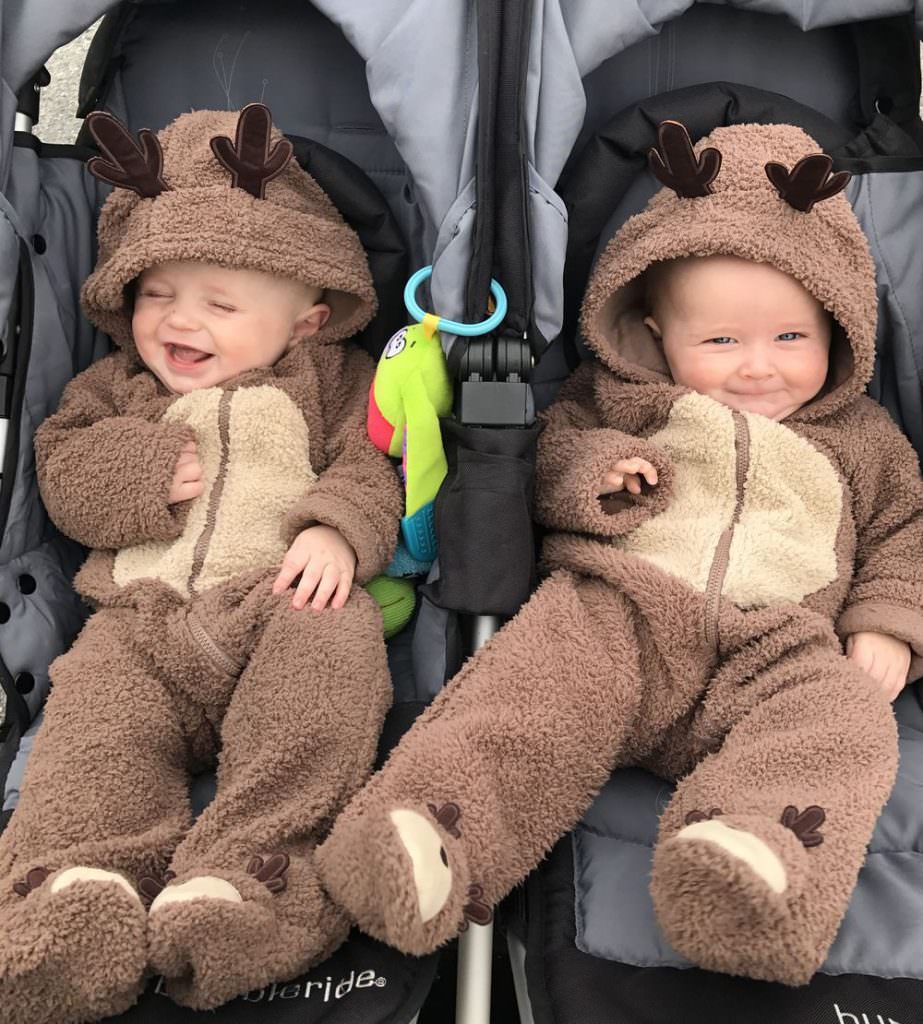 The Vahaly boys, Bennett and Parker

Gay former ATP pro Brian Vahaly says if Margaret Court met his boys she “would understand why her words were so hurtful to so many people,” speaking to Outsports. “Every child in the family of a gay couple is so incredibly loved and wanted.”…48-year-old former AC Milan star Paolo Maldini played and won a qualifying tournament for a challenger-level event, because why not?…James Blake, accosted by a police officer two years ago in a case of police brutality at the US Open, has turned the incident into a legal fellowship that will help future victims of brutality in New York City…Former No. 1 Boris Becker, who amassed more than $63 million in prize money and sponsorships over his career, and recently coached Novak Djokovic, has declared bankruptcy. Here’s where the money went…In the highly-competitive Palm Beaches area, former “Bobby Curtis” winner Anna Bright was named the Palm Beach Post All-Area Girls Tennis Player of Year for the third straight time…Next week is the release of John McEnroe’s new memoir, But Seriously, which shares outrageous career stories from on and off the court. 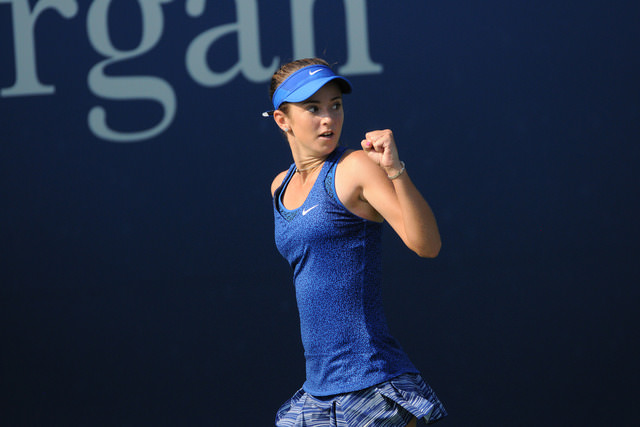 Four Americans are sliding into the grass court weekend of play at Wimbledon lead-up events this week in Great Britain and Spain.

Unseeded CoCo Vandeweghe is into the quarterfinals at the Aegon Classic Birmingham in England after powering past No. 4-seeded Brit Johanna Konta 6-1, 6-3 on Thursday. Unseeded Alison Riske came up short of the quarters, losing to No. 4 seed Garbine Muguruza 6-1, 6-4.

“I came out playing solid, and was ready to go from the start,” said Vandeweghe, who had new coach Pat Cash in the stands. “That’s what you want from a match, to be firing and moving well right away. That’s how I felt today.”

Vandeweghe on Friday will face Muguruza.

Unseeded American teenager CiCi Bellis is into the quarterfinals at the Mallorca Open in Spain where on Friday she will face Kristyna Pliskova. Unseeded American Varvara Lepchenko was denied a quarterfinal spot on Thursday, falling to No. 2 seed Anastasija Sevastova 6-7(2), 6-1, 6-3.

On the men’s side unseeded Sam Querrey and Donald Young are into the quarters at the Aegon Championships in London after Querrey on Thursday defeated Aussie Jordan Thompson 7-6(3), 3-6, 6-3. Florida’s Stefan Kozlov was one match from the quarters but on Thursday was overpowered by No. 4 seed Marin Cilic 6-0, 6-4.

Querrey on Friday will face Luxembourg’s Gilles Muller, while Young faces the No. 4 Cilic. 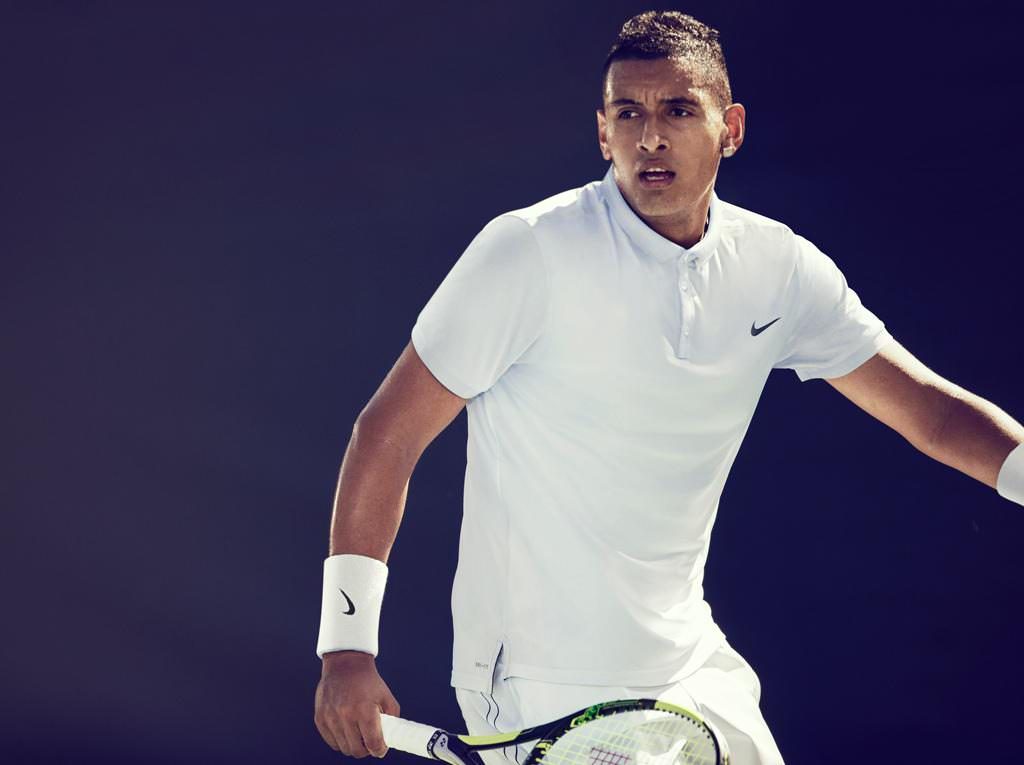 “I’d play Wimbledon if I was injured pretty bad anyway. I’m here [in England] anyway. I don’t really have time to go home or anything.”
— Australia’s Nick Kyrgios, who exited the Queen’s Club tournament this week with an ongoing hip injury

“Dog and Fox.”
— Kyrgios on what he would be doing this week after bowing out 1st round at Queen’s Club, referring to a pub near Wimbledon

“Hopefully what Kim [Clijsters] did and what hopefully Serena and I can do can inspire more women to do the same. It’s a stereotype that only male players can succeed after having kids.”
— Victoria Azarenka, who returned to the tour this week after her first child, on motherhood and looking forward to an all-mommy battle with Serena Williams in 2018