Tracy Austin’s son Brandon Holt, ’80s singer Cory Hart, Grand Slam doubles winner Martin Damm, three-time Stanley Cup winner Sergei Brylin, Grand Slam doubles winner Murphy Jensen’s son — these are only a few of the celebrity offspring participating in the year-ending Eddie Herr and Orange Bowl tournaments in South Florida. Sixteen-year-old Sam Riffice, a California native now living in Boca Raton, does not have the celebrity parentage but rather celebrity coaching — he is among a group of select American juniors coached by Ivan Lendl under USTA auspices entering the year-end event. “He’s really big on, ‘Every rally and every practice is huge,'” Riffice said of Lendl adding purpose to his practices. “You can’t have one ball where you’re not trying to improve or work on something. You could have an hour-and-a-half practice, but every ball you have to work on something. You can’t slack off at all…I don’t think I have it down 100 percent, but I’m definitely doing better than I was before.” 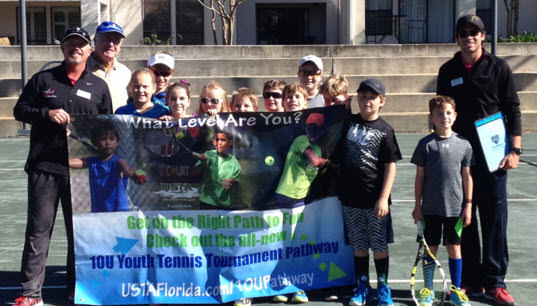 The tournaments formerly known as ROGY events in Florida, the Level 9 (L9) events are easing beginner players into the game via four-hour play periods focused on fun. L9 entry-level tournaments use the red, orange, or green-dot balls and are a fun way for youth tennis players to gain experience on the court in a no-pressure environment. “My friend and Master USPTA Tennis Professional Bill Tym was in town at TOPS’L and he gave a great speech to the kids and parents about their upcoming tennis journey to the yellow ball and how to have fun with the process,” said TOPS’L Beach & Racquet Resort Director of Tennis Joe D’Aleo (pictured far left) after an event earlier this month. Parent education is also a part of every tournament process. “Only one parent in the group played tennis so I was able to educate the group on good sportsmanship, tennis etiquette, and a lot of the basic rules of tennis.” 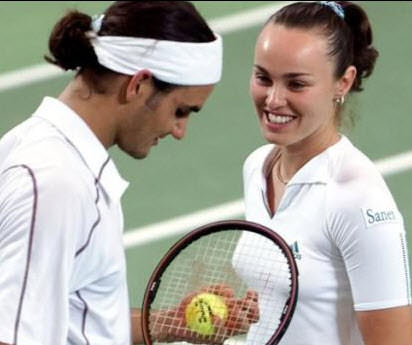 Roger Federer will reportedly pair with Martina Hingis in mixed doubles and Stan Wawrinka in men’s doubles for Switzerland at the 2016 Rio Olympics…Federer also this week split with coach Stefan Edberg. “After two very successful years, I would like to thank Stefan Edberg, my childhood idol, for agreeing to join my team,” Federer said on his website. “It was a dream come true. Although it was supposed to only be for 2014, Stefan was great and agreed to extend the partnership through this year which I really appreciated.” Joining the Swiss’ coaching team will be former player Ivan Ljubicic…Judy Murray, who has birthed almost the entire British Davis Cup team, tried to get the go-ahead for a tennis academy and resort in Scotland. Locals said no thanks…Here’s a cool behind-the-scenes video from a Wilson shoot with Roger Federer, Serena Williams and other stars…Madison Keys has split with her coaching tandem of Lindsay Davenport and Lisa Raymond, and is now with coach Jesse Levine. 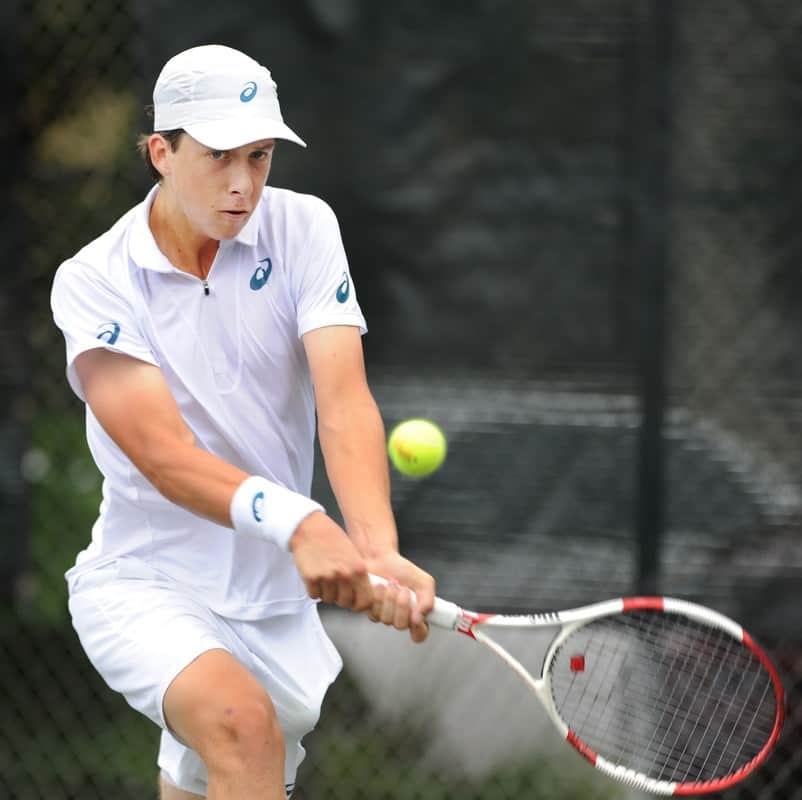 “[Things are pretty normal] except when my mother is signing autographs at big tournaments like these.”
— 16-year-old Brandon Holt, playing the Orange Bowl this week, on mother Tracy Austin, speaking to the Sun-Sentinel

“People who say we live in a post-racial society, they’re optimistic…A few acquaintances, when they saw the video, were in shock: ‘Wow, this stuff really does happen…’ Almost as if they thought that it had been made up for so many years. To me that was shocking. You didn’t realize that this stuff happens?”
— James Blake, writing for GQ magazine, on the police officer that threw him on the ground outside his hotel during the US Open in a case of mistaken identity. Blake was handcuffed and eventually released, without the police officers identifying themselves.

“I went to the National Centre to practice for a couple of days after Shanghai, I was there on a Monday at like two, three o’clock and then on Tuesday, the same time, there was not one person using any of the indoor courts and not one person in the gym. I took photos of it because the place cost like £40m and there are no people.”
— Andy Murray on Britain’s national tennis center, speaking to the larger issue to Britain’s professional development. Murray is currently the lone British-born man ranked in the Top 100.