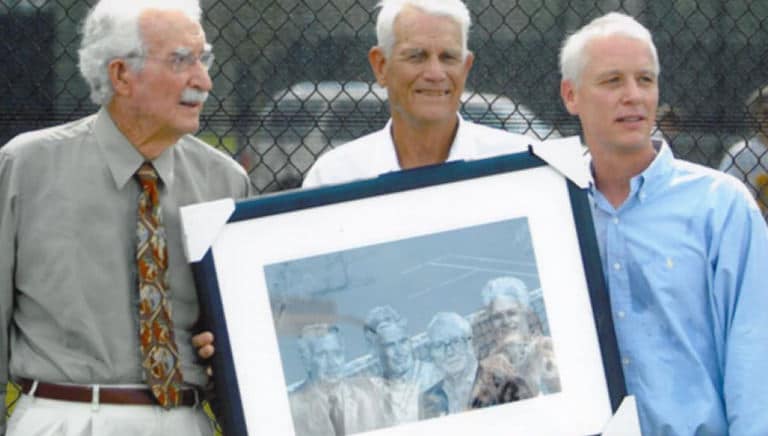 Aside from reaching No. 1 in the world in the 1950s, winning numerous slam titles and founding the University of Miami tennis team, Gardnar Mulloy (pictured, center) leaves a longer-lasting legacy in the USTA Florida Section.

Mulloy, who died this week at age 102, along with Eddie Herr, Clarence Varner and Ed Turville broke Florida away from the USTA Southern Section in 1949 to form the USTA Florida Section (then known as the Florida Tennis Association).

“We weren’t represented properly; it was like the tail wagging the dog in our opinion,” the outspoken Mulloy told Florida Tennis News in 1992. “We petitioned the [USTA national body] and got nowhere, then we petitioned [USTA Southern]. And, of course, they didn’t want to lose the 20 or so member clubs it had in Florida, so we figured out a way to vote ourselves out…We went around secretly to all the clubs in Florida and got their proxies…[Southern] has a conniption fit, of course,” he laughed. “But we stood our ground.”

Beginning a year later with an operating budget of around $1,000, the era of Florida tennis officially began in earnest. 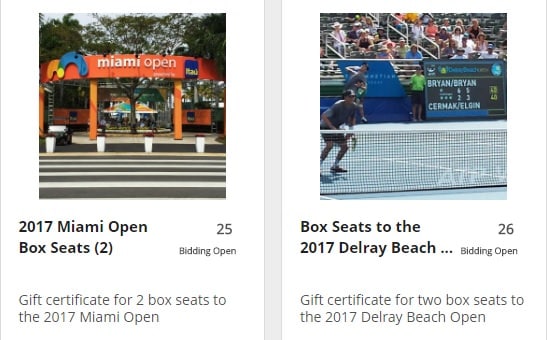 The online auction supporting the USTA Florida Section Foundation ends on Saturday, and some fabulous new items have been added.

Check out all the items for bid here, and register here to bid. 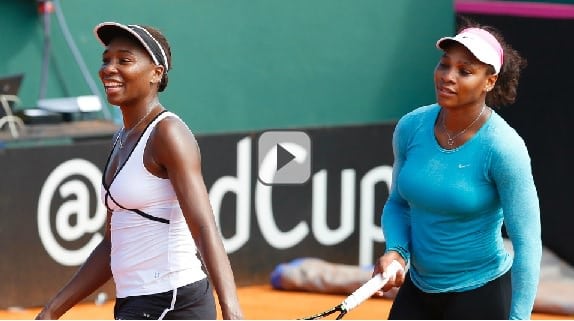 The Williams sisters, Serena and Venus, returned to Compton, Calif., to partner with Gatorade to resurface some local courts and use their charity fund to grant a five-year endowment on what will become the Yetunde Price Resource Center in honor of their eldest sister who was killed in 2003…Venus Williams retiring? Now the elder Williams sister says she can see herself playing to the 2020 Olympics…Former world No. 1 Amelie Mauresmo is stepping down after four years as France’s Fed Cup captain, this year leading her country to the final, announcing she is pregnant with her second child…The British media let Novak Djokovic have it over his emotional displays this week at the ATP World Tour Finals, and Djokovic didn’t like it…The four-time champion Bryan brothers are into the semifinals at the ATP World Tour Finals. 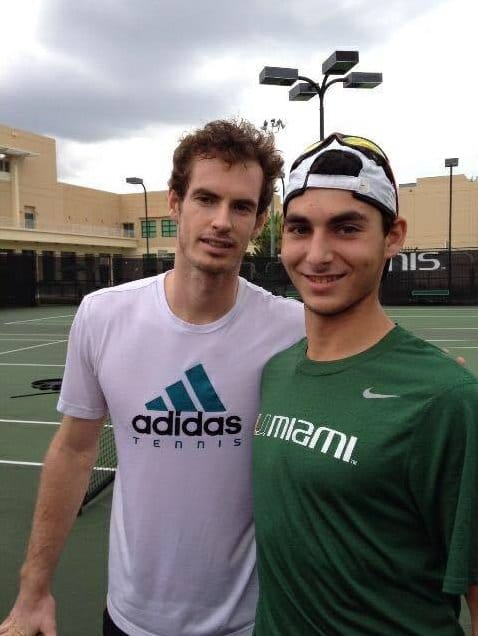 “I think for the tournament and for everyone interested in tennis that would probably be the perfect way to finish the year.”
— Andy Murray on the possibility of he and Novak Djokovic playing for the year-end No. 1 ranking in the championship match of the ATP World Tour Finals

“When Novak won the French Open, I thought, ‘This guy’s capable of running the table. Who the hell’s going to stop him from being the king?’ I’ve got to say it’s a big surprise what’s happened to Novak, the way he lost his way. In my mind, it’s a bigger surprise than what happened this year with Serena, Roger and Rafa.”
— ESPN commentator Mary Carillo

“I don’t love the sport. But, you know, I don’t really know what else to do without it.”
— Australian Nick Kyrgios earlier this year